The Statesman has a blog up today that details the individuals who comprise Austin's "royal family" -- if we had one, that is.
- November 30, 2016
Rattlesnake Sightings Soar In North Austin 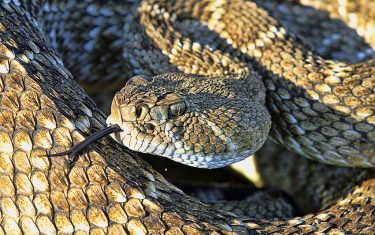 KVUE just let us in on some rattling news: employees at two state office complexes in North Austin are frequently encountering rattlesnakes!
- November 17, 2016
Austin Harry Potter Fans: What Is Your Central Texas Patronus?

If magical Austinites cast Patronus spells to repel Dementors, which local creatures would their guardians resemble?
- November 1, 2016
These Were Some Of Our Favorite Austin Halloween Costumes This Year

Another Austin Halloween has come and gone. That means it must be time to put together a list of our favorite costumes from Austinites this year!
- October 24, 2016
Abandoned Austin Is Revealed In These 10 ‘Urban Exploration’ Videos

Do urban explorers help Keep Austin Weird? Watch these 10 videos of adventurous folks exploring abandoned Austin places and weigh in your opinion!
- October 14, 2016
Some Weirdo Broke Into The Capitol And Vandalized A Portrait, Because Of Course 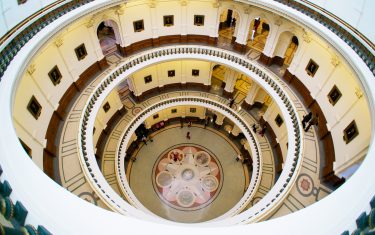 We're scratching our heads about the weirdness that went down at the Texas State Capitol Building early on Sunday morning.
- October 14, 2016
Love Austin, Adventure, And Art? Here’s Your Sunday Funday Itinerary! 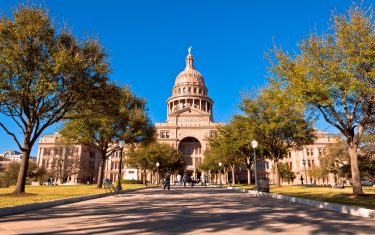 If the typical Austin Sunday of drinking and eating your way to a good time feels a little less than fulfilling, try out this Sunday itinerary for intrepid Austinites and visitors!
- October 10, 2016
This Beautiful Short Film Captures What Austin Nightlife Is Really Like

Since at least Sept 15, schools across the U.S. have been learning why coulrophobia — the abnormal or extreme fear of clowns — is...
- October 3, 2016
Moving Company Leaves Entire House To Block South Austin Street During ACL 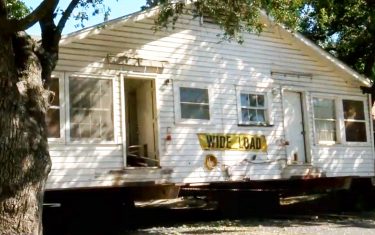 So, while half the city poured into Zilker Park to hear their favorite bands play during Austin City Limits Music Festival‘s first...
- September 21, 2016
10 Dogs That Perfectly Personify Stereotypical Austinites 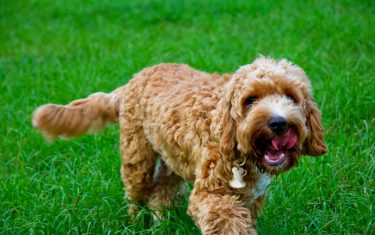 This past weekend on both Saturday and Sunday, four Austin-area businesses were robbed at gunpoint by an unidentified woman.
- September 19, 2016
Here’s How YouTube Stars The Hipster Gypsies Fell In Love With Austin On Their Travels

Former Texas Governor Rick Perry made his anticipated debut on ABC's "Dancing with the Stars" Monday night, and it didn't go down so well.
- September 9, 2016
Fantastic Fest Fans Are Loving The ‘Burtonize This’ Challenge Maybe A Little Too Much

In preparation for Fantastic Fest, Alamo Drafthouse’s annual film festival of the strange, they’ve put out a call to action that will keep everyone entertained.
- September 9, 2016
So, Um, There Was A Hanging Car Sticking Out Of A Building In Austin On Friday

There is a hanging car sticking out of a parking garage in downtown Austin just blocks from the Frost Tower, and nobody is quite sure how it got there.
- August 30, 2016
Austinites Unfazed As Dozens Of Captive Animals Suddenly Turn Green 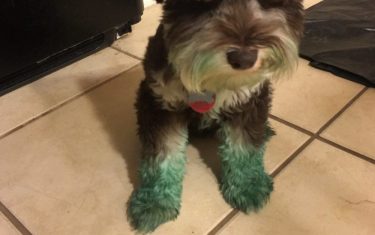 Austinites noticed a very odd thing happening to their dogs recently. After visits to Zilker Park, they were literally turning green! Here's why...
- August 25, 2016
UT Campus Carry Protest Stays On Message Despite The Hype

At the base of the UT tower, around 400 people congregated on Wednesday for a "Cocks Not Glocks" protest against so-called "campus carry."
- August 25, 2016
Austin Redditor Sparks Hilarious Debate Over Parking Like An A-Hole 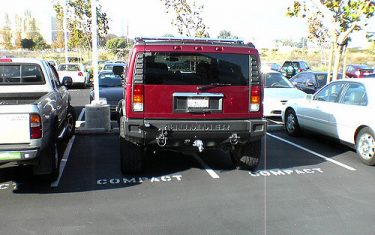 A note recently left on a Car2Go in Austin has local Redditors up in arms with a heated discussion about parking an a-hole. You'll want to read this.
- August 25, 2016
Austin Sculptor Faces Dilemma Over Leslie Cochran Memorial And Only You Can Help

Austin, meet UT graduate Jessica Jin. Jin is a certified violin instructor, a multi-disciplined athlete, and an accidental community organizer who is going balls-deep to stick it to the man.
1234