If an Austin zombie apocalypse broke out, do you truly think that you could survive? The fact of the matter is that many of us haven’t cultivated the skills that it would take to thrive in such extreme circumstances. We cling to conveniences like retail food, refrigerators, and running water, we’re stressed out and out of shape, and even in Texas, most of us don’t stockpile weapons or know how to use them.

Lasting as long as Rick Grimes and the rest of the crew from “The Walking Dead” means accumulating a certain set of survival skills — situational awareness, resourcefulness, and self defense, to name a few. Luckily, you don’t have to wait for a zombie outbreak to start your training. Here’s what you should learn: 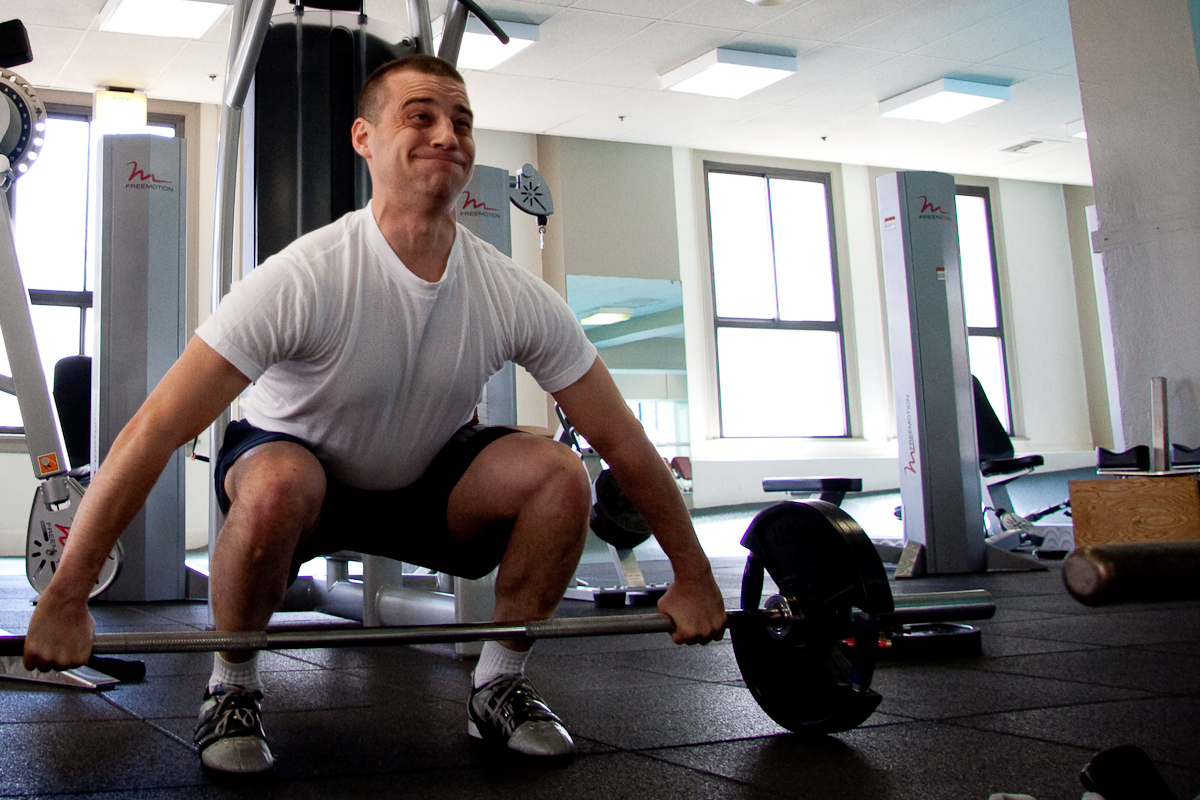 First thing’s first — improving your physical fitness will make dodging and fighting the walking dead much easier, thus greatly upping your survival chances! If you want to survive an Austin zombie apocalypse, you should consider adding hiking and swimming to your weekly routine to increase your cardiovascular health, build and tone your muscles, and get you used to spending extensive periods of time out in nature.

You also shouldn’t discount workout programs and gym memberships through organizations like CrossFit Austin and Austin Rock Gym, which will not only equip you with endurance and strength, but also teach you desirable skills such as climbing. Folks who can scale rock walls and trees will obviously fare much better with escaping undead hoards than those who can’t.

As you work on your physical health, you also need to be training your brain and instincts in the art of situational awareness. Learning to stay aware of your surroundings and being able to predict when you’re about to walk into a potentially deadly situation is perhaps the most valuable survival skill included in this list. If you can’t learn to keep your ears, eyes, and head on the swivel, you’re quickly going to find yourself cornered by an inescapable hoard or scrambling to break a zombie’s hold on your arm or leg before it bites or scratches you.

There are a number of different ways that you can improve your situational awareness. Taking basic self defense classes and playing paintball will teach you how to identify and evade threats posed by other humans — a useful skill, since we all know through watching “TWD” that the living can be just as dangerous as the dead.

However, participating in simulations that include scenarios that test your skills, teamwork, and awareness like trendy escape rooms (Texas Panic Room, The Escape Game, and Lockout Austin) and House of Torment’s haunted houses, are also definite musts, since they’ll build your zombie-specific evasion and situational awareness skills, too. 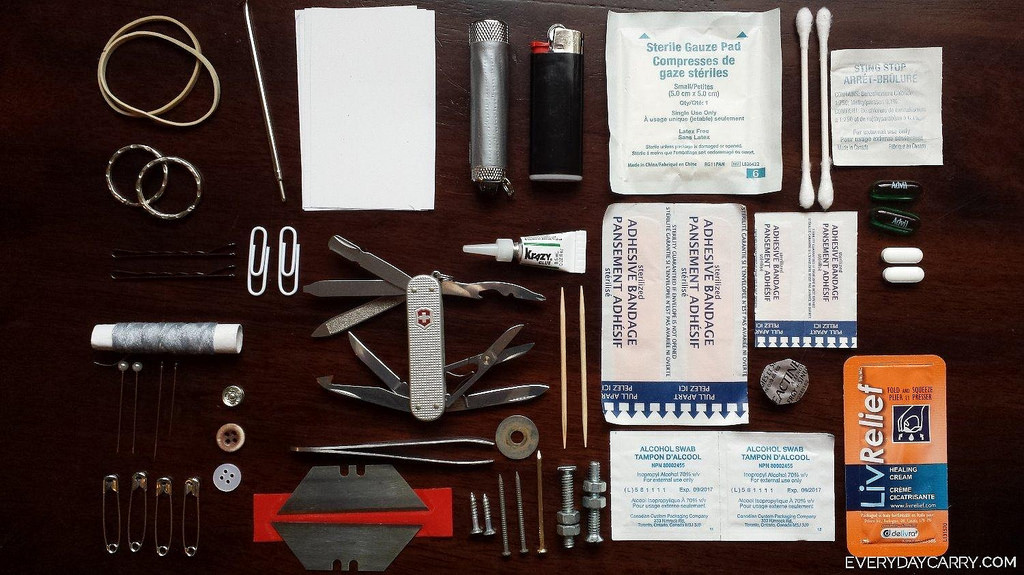 Another aspect of mentally preparing to survive an Austin zombie apocalypse is understanding the specific types of threats you’ll face beyond surviving encounters with other desperate humans and hungry zombies. For this, we seriously recommend that you take a disaster preparation course. These classes should get you thinking about the supplies you should always keep stocked in your home, how to not only survive but thrive when basic amenities like running water and electricity are gone, and what sorts of items you should include in your go-bag if shit has indeed hit the fan and you’re forced to venture outside your home.

There are a number of different ways to get emergency training under your belt. Austin Disaster Relief Network can get you certified as a designated member of your community’s emergency response team through their ADRN Orientation & Preparedness, CERT, CISM, and PFA programs. Additionally, the American Red Cross frequently offers a wide variety of disaster training courses in Austin, and REI’s periodic Emergency Preparedness Basics classes are excellent for learning to build an effective survival kit and maintain your supplies. 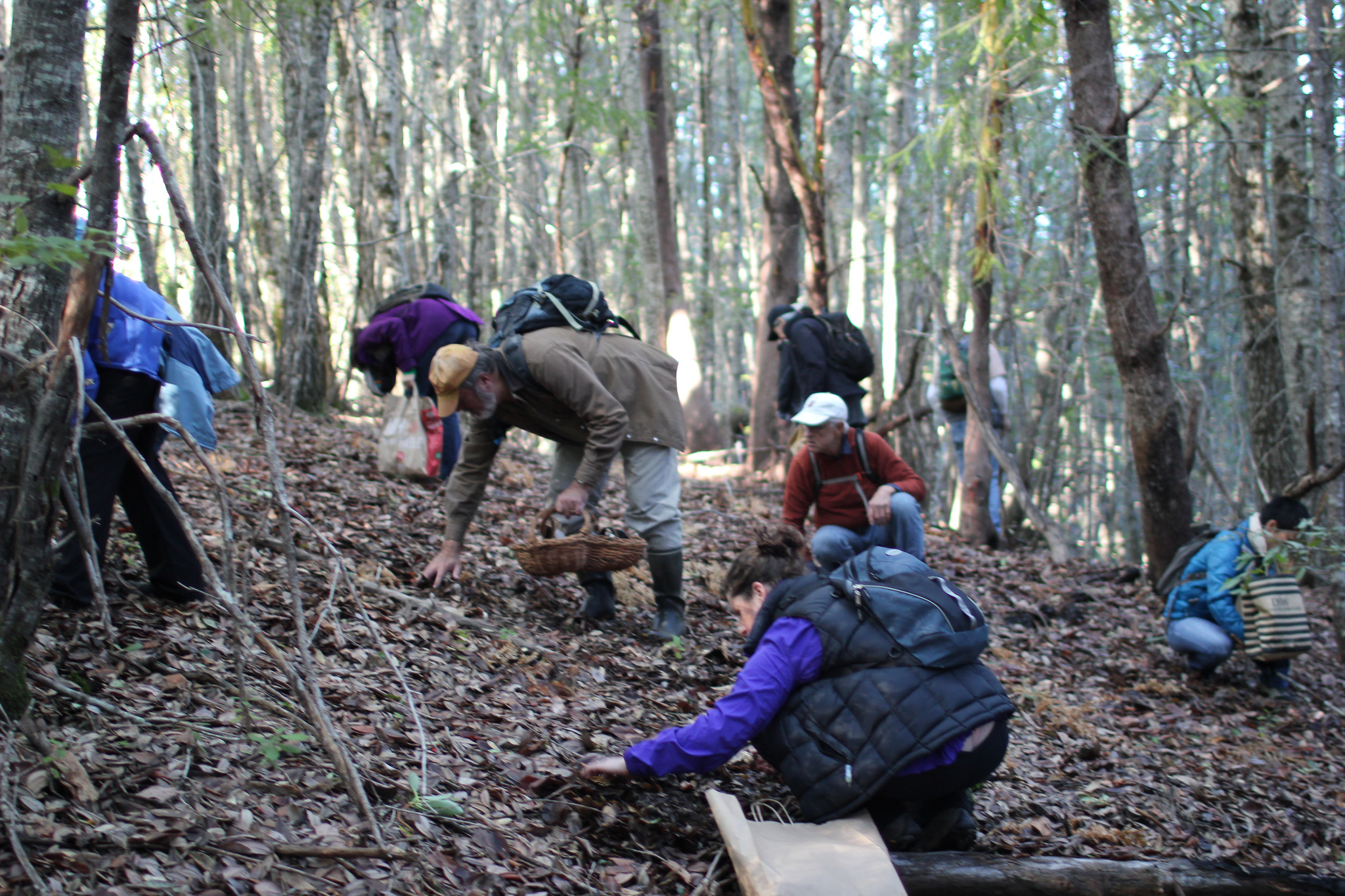 Arguably, the most dangerous aspect of a zombie apocalypse is not the risk of being bitten by the undead or killed by other desperate and possibly deranged humans — it’s the risk of experiencing severe malnutrition and dehydration. Thus, it’s important to know that you would be able to properly care and provide enough safe food and water for yourself and others in your party.

REI’s assortment of local wilderness skills classes can teach you the principles of food gathering, wilderness cooking, and water purification, and there are a surprising number of Meetup groups operating in Austin that are focused on foraging for edible plants while avoiding harmful ones. Join them and learn what poison ivy looks like and which sketchy native mushrooms and berries you should never harvest. 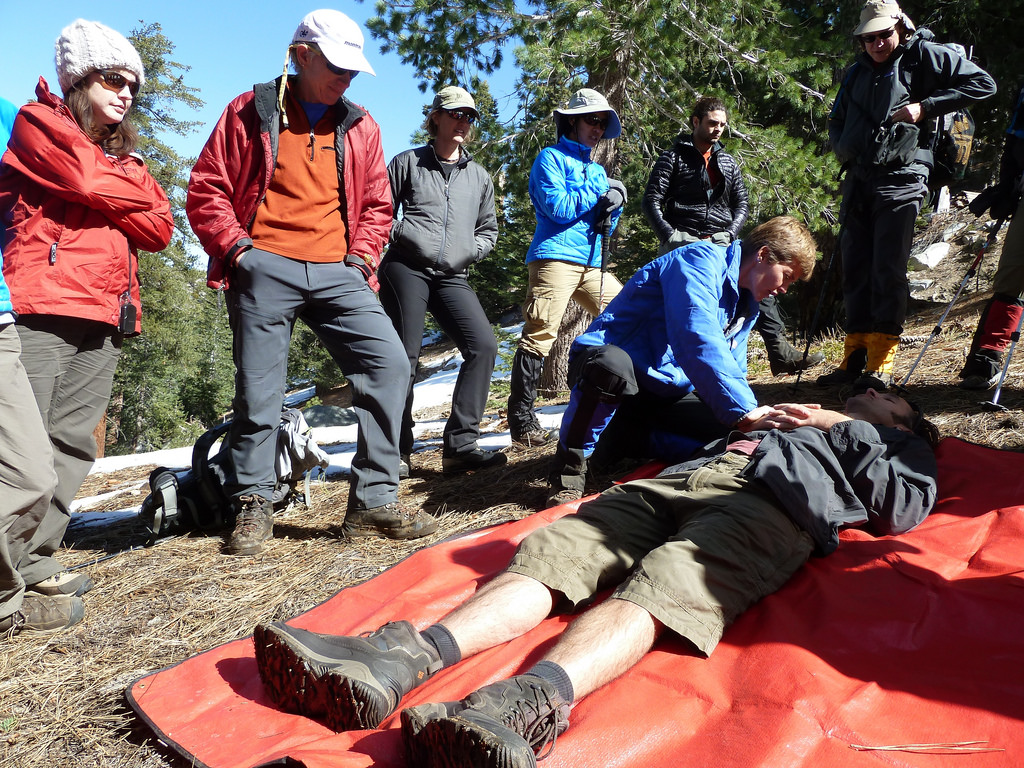 What happens if a zombie bites someone in your group on the arm? You’ll have to hack off the limb, of course, and quickly — but then what? Do you have the appropriate amount of first aid knowledge to close up that wound to stop the bleeding and care for the wound to keep it clean in the coming weeks? And what if someone falls and breaks a leg as your group flees a zombie hoard? Do you have the skills to splint their leg?

Even basic scratches need to be tended to in a zombie apocalypse to reduce the risk of infection, so you’d better be certain you know some basic medicinal skills. REI’s got you covered again, of course, with their frequent Wilderness First Aid courses, and you can get connected with tons of CPR, AED, and First Aid classes through the American Red Cross’ website. 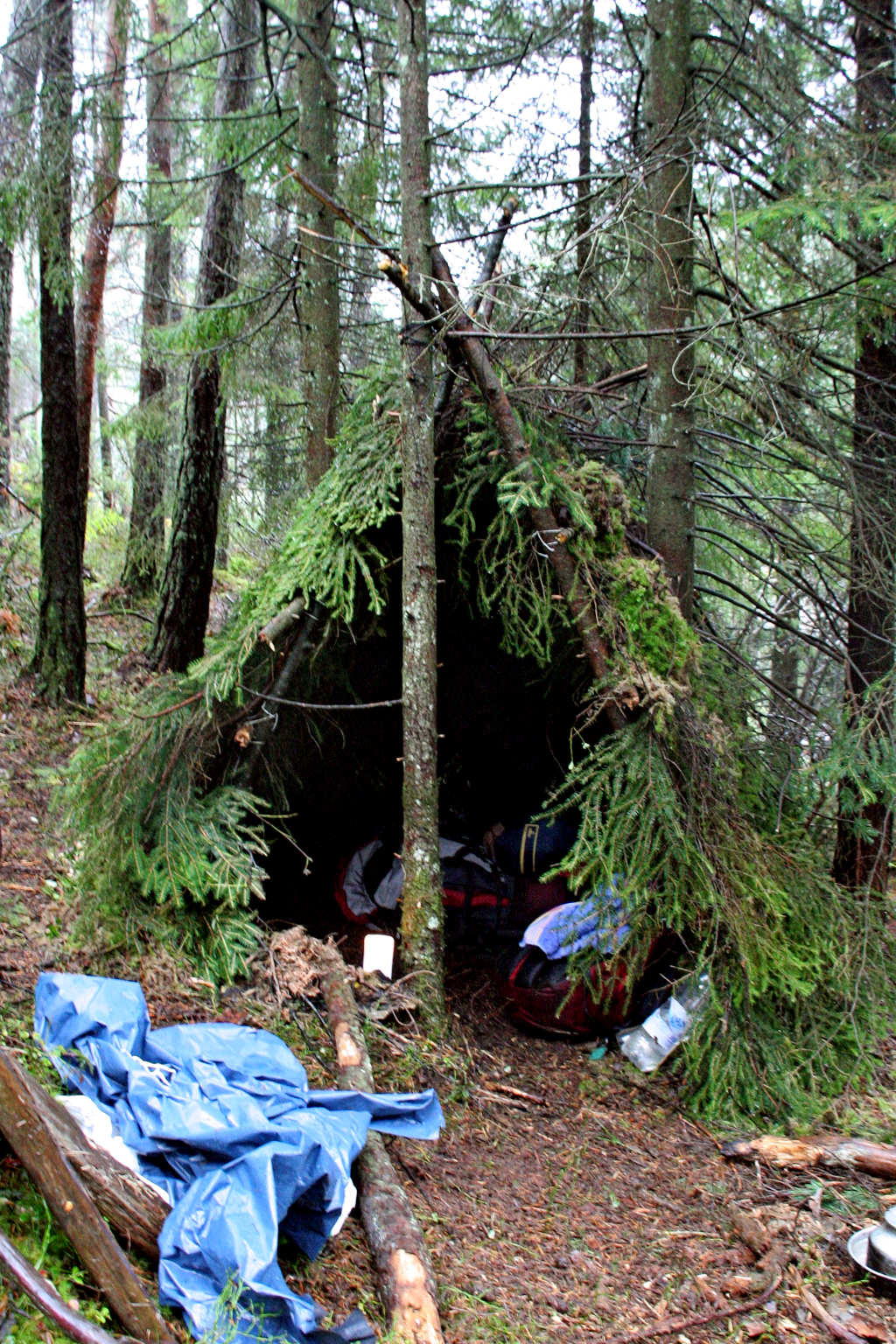 In an emergency situation, you might be surprised to learn that the number one killer of folks stranded in the wilderness is not starvation or thirst — it’s exposure to the elements. For this reason, the ability to build a decent shelter is critical for your survival during an Austin zombie apocalypse.

Obviously, you’ll get bonus life points for knowing how to construct a zombie-proof shelter that has you sleeping safe up on a second story level and provides the ability for you to stab or shoot zombies from within and escape seamlessly if the shelter is breached. There’ll of course be a bit of a learning curve in terms of where you should install impaling spears and other similar booby traps, but we suggest getting started with learning to build a basic shelter and moving up from there. Build your shelter skills at places like Treehouse, Home Depot, and Lowes. 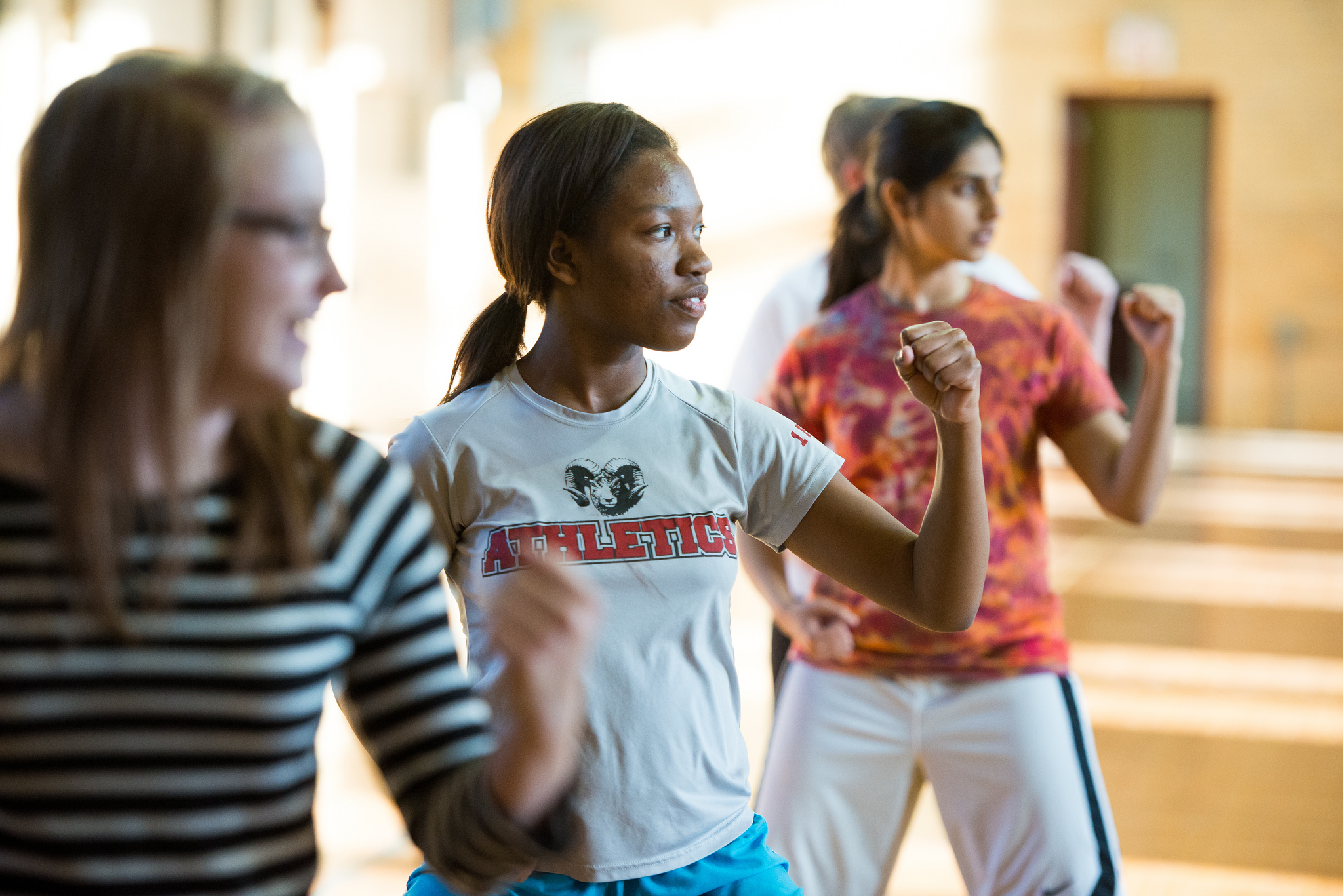 If you want to have any hope of surviving an Austin zombie apocalypse, you can’t just rely on running from the undead. Sooner or later, you’re going to have to fight your way out of a tough situation, so why not learn some basic self defense from one of our local mixed martial arts gyms such as The Mat Austin or Willie Nelson’s favorite gym, Master Martial Arts.

And don’t discount Buffy Boot Camp. This fitness and self defense training program might be inspired by cult television series “Buffy The Vampire Slayer,” but you’ll still learn a thing or two about dispatching baddies if you attend! 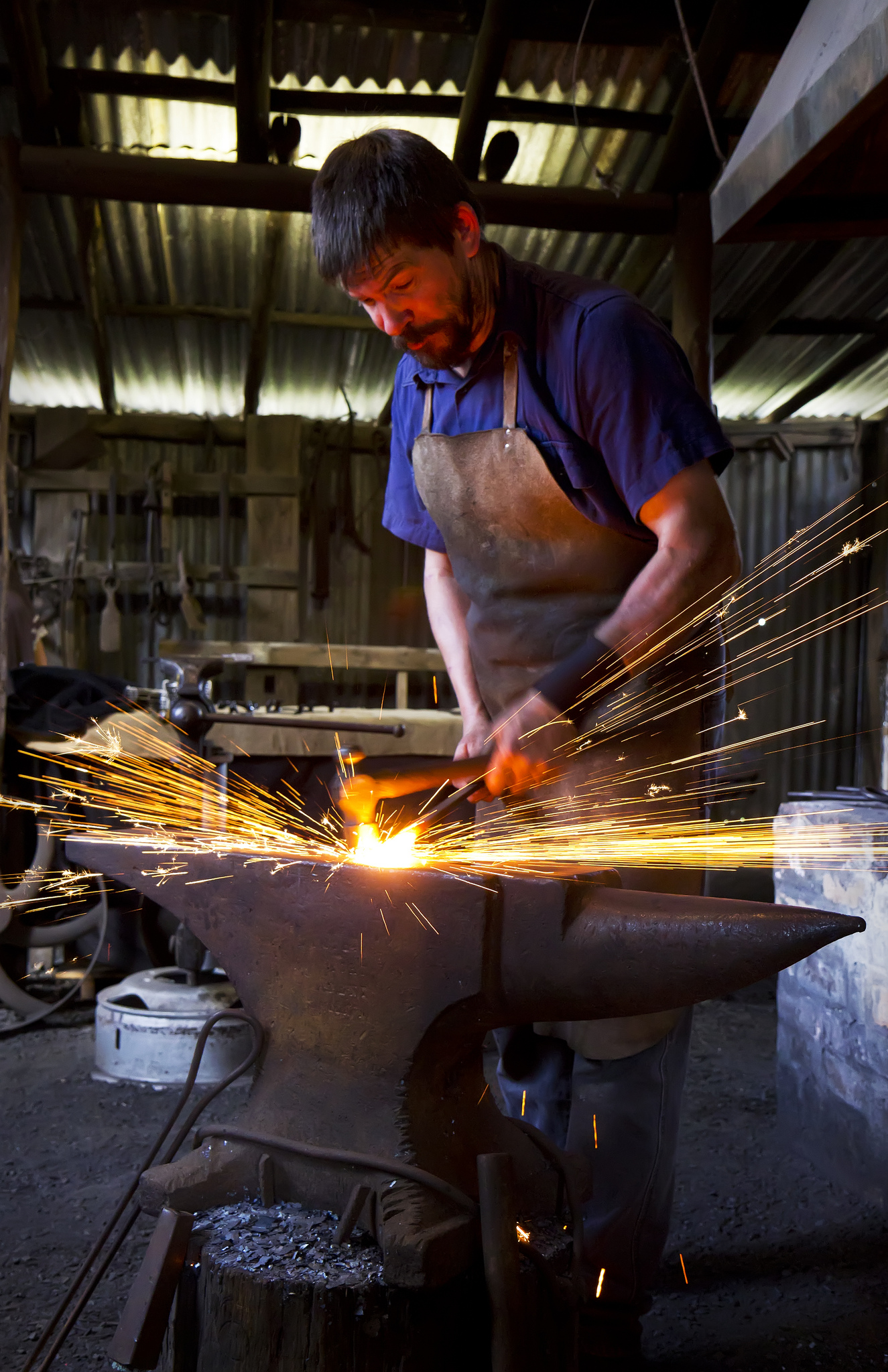 In a zombie apocalypse, sooner or later, you’re going to be faced with a serious dilemma. If you’re defending yourself with a gun or bow, you’re quickly going to run out of bullets or arrows. Resource-gathering missions are incredibly dangerous, and as supplies get sparse, you’ll eventually need to start venturing farther from your base to find ammunition. Try to purchase everything AR15 related and keep yourself safe.

You’re not even safe if you wield a sword like “TWD”‘s Michonne. What if your blade breaks? Are you a skilled enough blacksmith to make the repairs? 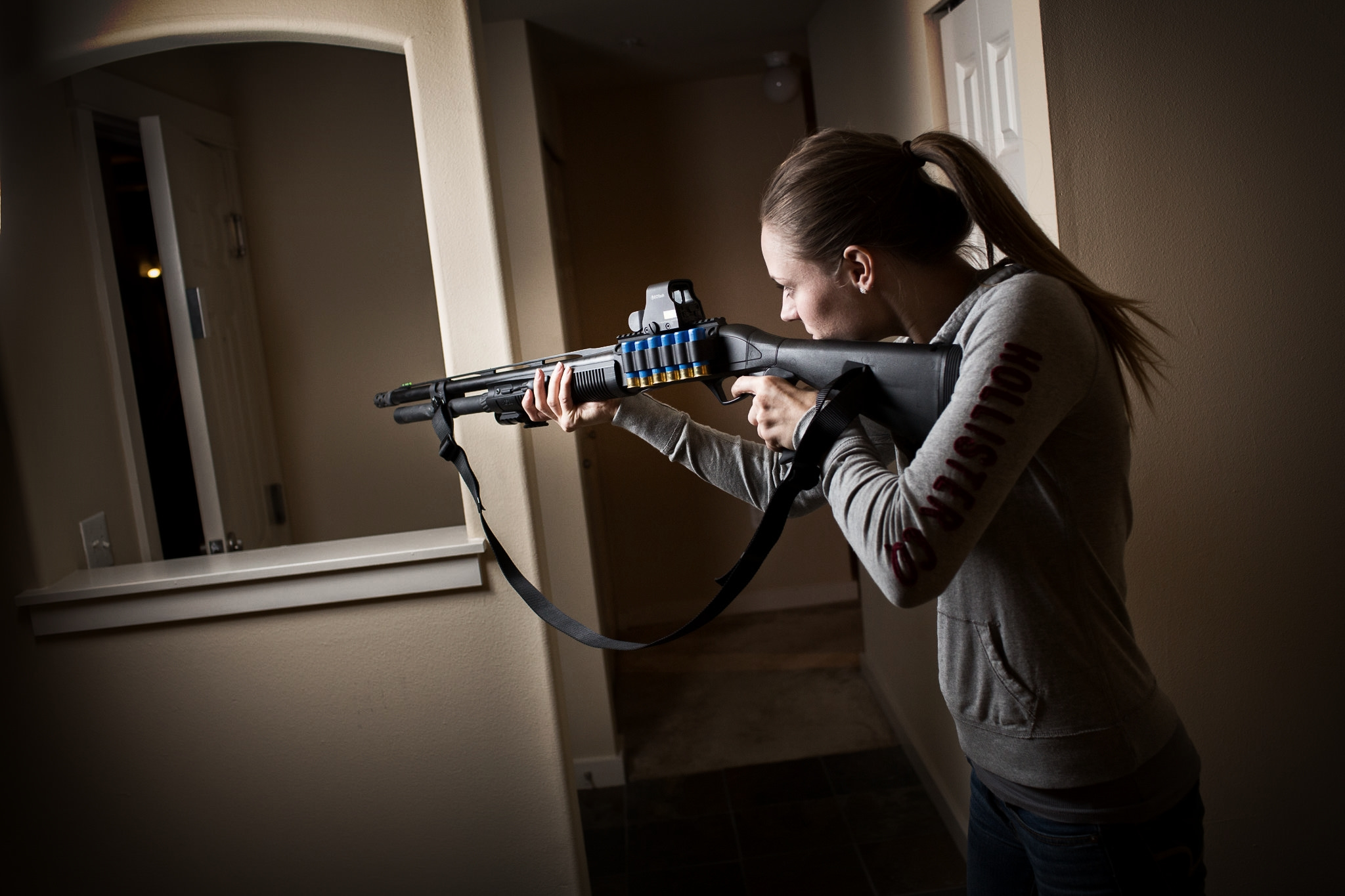 Don’t make the mistake of thinking that you can survive a zombie apocalypse knowing only basic self defense. Ideally, you’ll create as much distance between you and the undead’s infectious teeth and claws, so you’ll need to learn to fight with weapons. Becoming proficient with throwing and shooting weapons, as well as with more obscure self defense implements like staffs and blades, will seriously add to your survival chances.

In Texas, we have no shortage of gun and archery ranges, so pick one closest to you and learn to shoot. If you’re nervous about using actual guns and bows, check out the virtual range in Round Rock, or play some rounds of paintball first. Even playing laser tag can get you used to executing tactical movements, working as a team, and holding and shooting a gun. 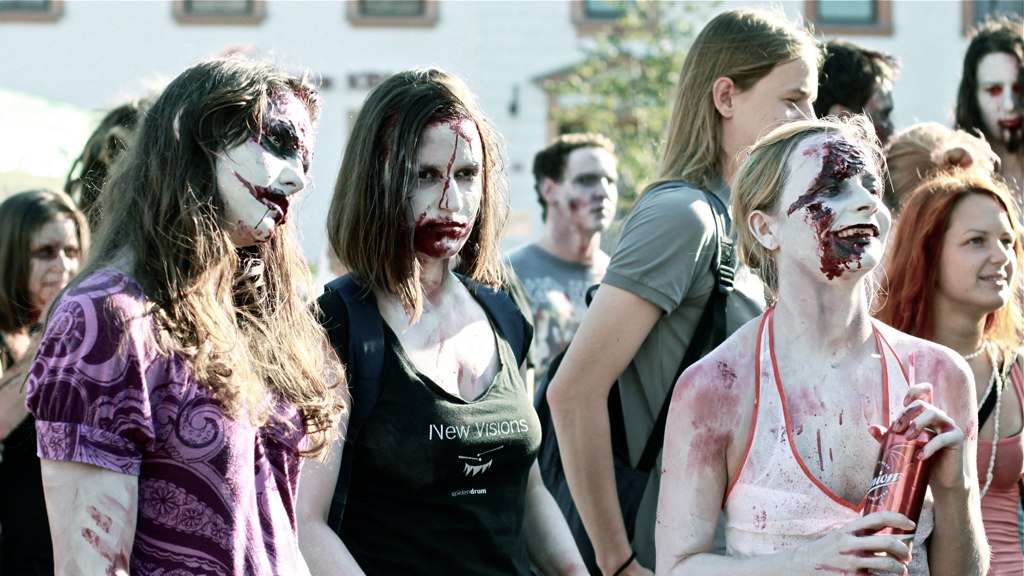 And finally, it would definitely behoove you to brush up on your knowledge of zombies in general through online research, books, and movies. Some universities are even teaching legitimate Zombie Studies courses now.

In particular, make sure you know the different types of zombies and how to kill each breed. Are you dealing with weirdly mutated Resident Evil zombies that’ll gobble you right up or just crazy-fast World War Z zombies that are attracted by sound? Or are they hive-forming I Am Legend zombies that can be killed with sunlight or more traditional “Walking Dead” zombies, which move slowly but attack in never-ending hoards?

And if a zombie apocalypse does ever break out in Austin, you’ll also need to tailor your implemented survival skills based on the type of infection that’s plaguing humanity. For example, is the infection only spreading via contact or is it airborne, meaning that everyone is actually already infected?

In sum, learn your zombie lore and learn the aforementioned skills if you want to survive and thrive during an Austin zombie apocalypse. By investing a little time and effort now, just think of all of the lives and limbs you can save when all hell breaks loose.