It may sound Inconceivable, but it’s true! Nicolas Cage surprised fans at the Alamo Drafthouse in Austin during this year’s “C4GED,” the 4th annual marathon of Cage movies that celebrates the month of his birth.

At the opening of the marathon, the passionate actor took to the stage and immediately launched into a reading of “The Tell-Tale Heart” by Edgar Allan Poe, leaving fans Moonstruck.

And the actor was not Gone in 60 Seconds, as he spent the next 12 hours among his fans watching the five films he personally programmed. There was also a marriage proposal, presided over by the Honeymoon in Vegas star himself. 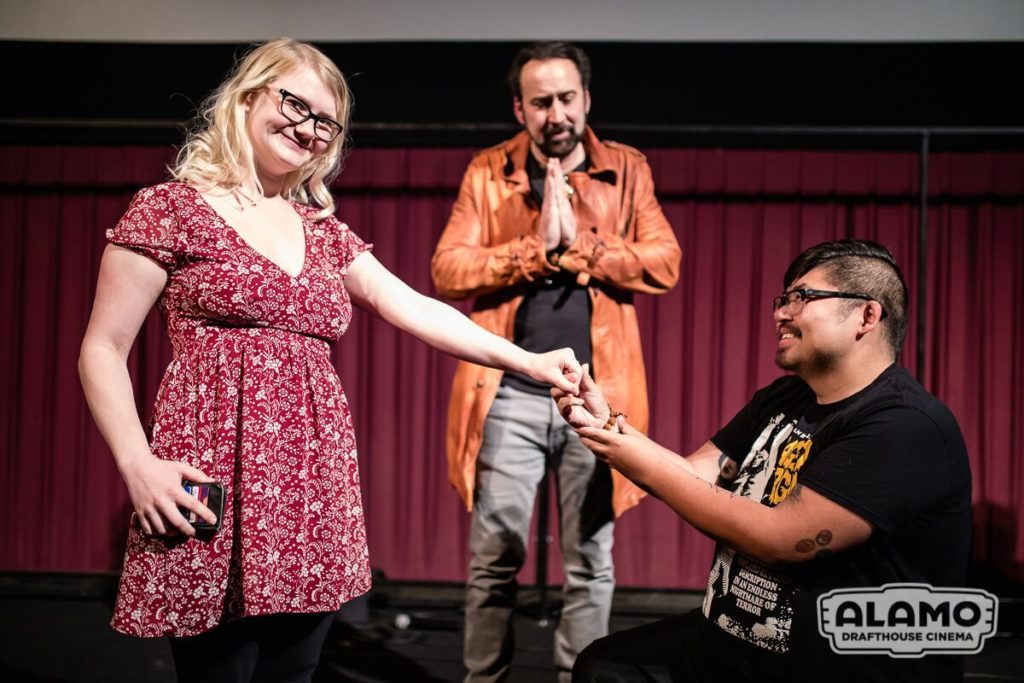 Watch Cage — wearing a burnt orange jacket, no less — dropping some Edgar Allan Poe at the Drafthouse in the video below…

Eater Austin also reports that Cage had some special birthday cake at the event — it was made with crickets, and made locally by HEB. So there’s that.

Check out the full album below…