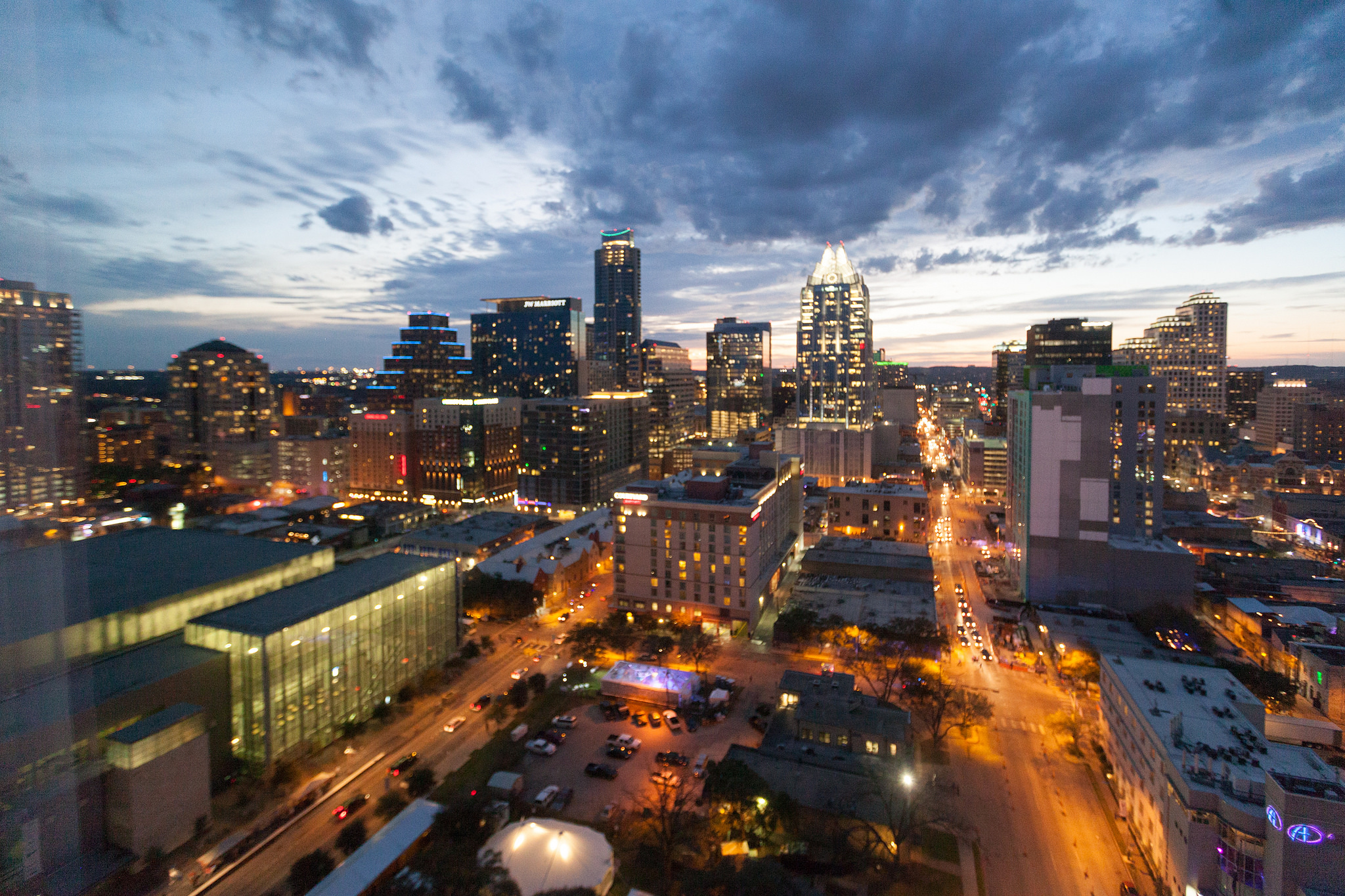 At this point, Austin is used to being the belle of the ball in nearly every area, and hardly a day goes by without our fair city landing on some list or other. Most of them reiterate how great Austin is, while others illustrate areas where we could use some work. This new Austin.com monthly feature will pull together our favorite lists and mentions in national publications and put them all together in one handy, dandy post for our readers.

After spending a good bit of time in the Number 1 spot, Zilker Park got overtaken by not one, but two other parks on USA Today’s 10 Best City Parks. We tried to entice readers to vote, considering the laundry list of wonderful things that the park contributes to our city, but we totally understand if everyone was too busy enjoying the park rather than being online. Plus, 3rd place isn’t so bad.

Ticketing website ClickitTicket.com has created a list of The 50 Best Small Music Venues in America, and The Mohawk is on that list as Austin’s sole representative. As the website says, “The … 50 venues aren’t places to go if you just happen to be visiting that particular city. The … 50 venues are the reasons to visit a particular city in the first place.”

Thrillist thinks that South Congress is kinda hot, as they named it one of their Sexiest Neighborhoods in America. They also said that Austin was the #4 Best US City to Spend a Weekend. In the food and drink arena, we had a lot of amazing accolades in the month of March. Fortune highlighted Austin as one of the Best New Cities for Beer Lovers with mentions of Jester King, Austin Beerworks, Thirsty Planet, and Hops & Grain. Ramen Tatsuya was named the #1 ramen spot in America by TimeOut.com, Russian House was listed as one of USA Today Travel’s America’s Best Vodka Bars, Business Insider named Easy Tiger the best bar in Texas in its Best Bar in Every State list, and Estately.com placed us at #4 for Tex-Mex.

Those rankings are pretty great, but even bigger news comes by way of one of the most prestigious awards in the culinary industry, as Austin chefs and restaurants made the finals for the James Beard Awards. Grae Nonas of Olamaie for Rising Star Chef of the Year, Bryce Gilmore of Barley Swine for Best Chef: Southwest, and Launderette for Best New Restaurant.

On the other hand, Austin was named #1 worst city for Chinese food by Estately.com. We should probably all be ok with setting a goal to improve upon that. More dim sum for everyone!

A study that linked gross domestic product growth to America’s most traffic congested cities gave us a bit of a surprise when it didn’t include Austin in its top 10 most congested cities. We’re hopeful that Inrix’s study shows an improvement in Austin’s traffic, because this is one top 10 list that we’re happy to not be on.

We are, however, number 1 on a list that is a bright spot for Austin. NerdWallet.com just ranked us #1 out of 181 cities as the 2016 Best City for Young Entrepreneurs. They must really like us over there, because in the same month we also ranked #8 out of the 100 largest U.S. cities as one of the Best Cities for Recent College Graduates. Though, we do kind of prefer SmartAsset’s assessment last year that ranked us as the #1 city in that category, but who are we to complain? Austin is also a great place for graduate students, as the U.S. News and World Report ranked more than 40 University of Texas graduate programs in their top 10 of Best Graduate Schools, with three of those programs taking the #1 spot.

Other areas in the business world where Austin excelled included venture capitalism, as Rice University’s Baker Institute for Public Policy found that Austin was the only Texas city that was growing in VC numbers. Not only that, but Forbes listed the City of Austin as the #1 employer in the governmental organizations on its Best Employers list, and #22 on the overall list of 500 businesses. Additionally, NerdWallet ranked Austin as #10 in their list of best places for minority-owned businesses, far beating other Texas cities.

St. David’s Healthcare Center was ranked in the Truven Health Analytics Top 100 Hospitals Study. The list doesn’t rank the hospitals within the 100 list, rather it focuses on the number of years a hospital has made the list. St. David’s is now enjoying its 7th year on the list (to compare, two hospitals have been on the list for 17 years).

On the not-so-great end of the spectrum, Austin needs to focus its improvement efforts on a big problem way before getting to the Chinese food issue. In a ranking released by SmartAsset, Austin ranked lowest of Texas cities and nearly lowest of the entire list when it came to ranking the best cities for women in technology. Last year, however, NerdWallet ranked Austin as the #2 city nearing equal pay for women, so progress is being made.

Of course, with SXSW rolling into town, every national publication has to roll out their guides to Austin, and Vice put together a pretty extensive one that made the social media rounds. Of course there was lots of grumbling about it, but when is there not?

SXSW itself garnered plenty of news coverage. Austin’s own Andy Langer put together Esquire’s 12 Biggest Winners of SXSW 2016, CNET gave us 11 Things We Learned at SXSW 2016, and Billboard highlighted Drake and OVO Surprising Fans with Headlining Set at the Fader Fort. Paste discussed one of Austin’s obsessions — no, not tacos — in their article Topo Chico is Austin’s SXSW Cult Cooler. Unfortunately, there was that ugly mess wherein USA Today covered SXSW Apologizes After Ordering U.S. Olympic Fencer to Remove Hijab. Of course almost no story was safe from a mention about the President and First Lady visiting Austin during the festival. Rolling Stone featured an article about the Texas Chainsaw Massacre gas station turning into a BBQ restaurant (so did we), and NoVa’s Abby Yates competed on Bravo’s “Recipe for Deception.” Yates made us immediately fall in love when she was given the clue of “rough” for her secret ingredient and immediately replied “just how your mother likes it.” She ultimately didn’t win the episode, but she did a great job representing Austin.

Austin.com always puts a spotlight on Austin. Here are a few of our featured lists from March:

Of course, we couldn’t shy away from SXSW, and our 10 Biggest Fails of SXSW 2016 and 23 of Our Favorite Social Media Moments From SXSW 2016 turned out to be a lot of fun to put together.

Moving right along from SX to the Spring Equinox, we explored 10 Reasons Why Austinites Love Spring in the City and 10 Things Smart Austinites Do To Handle the Rain.

And every week, we make sure to do our part to keep the Live Music Capital well supported with our Aus10 Live music posts-be sure you don’t miss a single one of those by subscribing to our weekly newsletter at the bottom of this page.

Is there an accolade that Austin received this month that you disagree with? Should we have been higher or lower on a list?

Until next month, Austin!