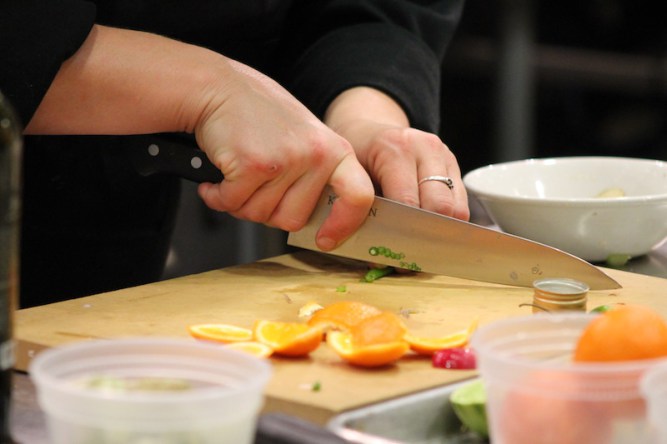 A familiar Austin face will be showing up on your screens tonight. Abby Yates, NoVa’s head chef will try her hand at some bluffing and cooking on Bravo’s new reality show “Recipe for Deception.” Yates will compete against two others to win a $10,000 prize on the show that airs at 9pm tonight.

Other Austin faces you may have seen on Bravo cooking shows include Paul Qui and Andrew Curren. Qui was winner of season nine of “Top Chef: Texas” and owner of Qui and Eastside King. Curren also participated in season nine of “Top Chef” Curren while he was chef at 24 Diner. He’s now the chef at the helm of Italic, another restaurant that’s part of the ELM Restaurant Group.