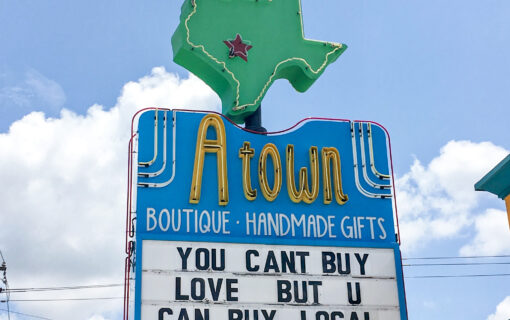 - October 30, 2020
Here’s the Definitive Guide To Surviving The Zombie Apocalypse… In Austin 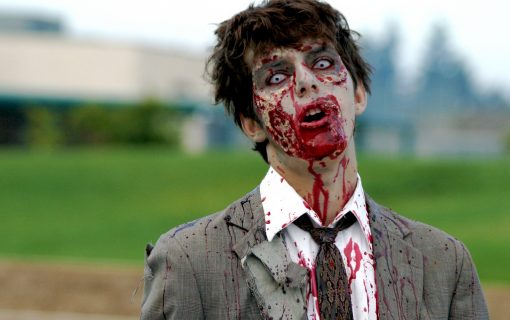 With Halloween coming soon, you probably have zombies on the brain. Well, we do too.
- October 2, 2020
Voting Is So Austin! Here’s How Austinites Are Encouraging Neighbors To Rock The Vote Austin Style 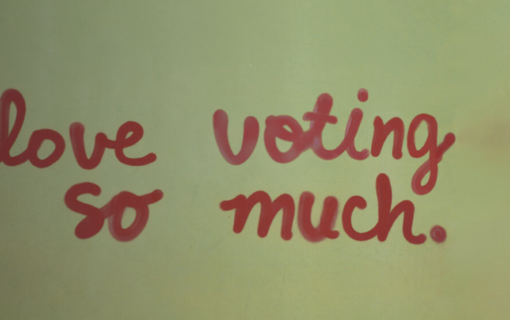 Voting is more important than ever! Here are unique ways Austin neighbors are encouraging fellow Austinites to vote Austin style!
- September 10, 2020
9 So Austin Facts Outsiders And Newbies (Probably) Don’t Know About The ATX

When we say “Keep Austin Weird" we really mean it! And there are a few odd Austin facts you may not even know about. Here they are!
- August 10, 2020
The Best Austin Street Art: Downtown Austin Edition 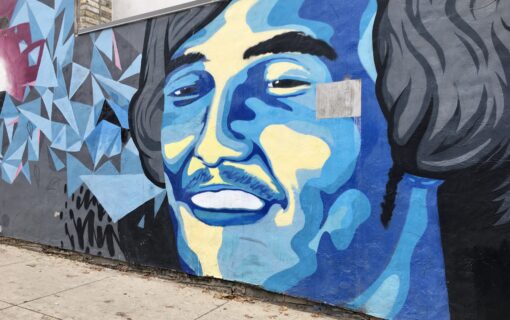 Public art is one of the best perks about living in Austin. Check out this list of the best Austin street art in Downtown Austin!
- August 4, 2020
See the Baby Peacocks of Mattie’s at Green Pastures in Bouldin Creek

For decades, ATX’s social epicenter has been made up of 6th Street, South Congress, Auditorium Shores and Zilker Park, and...
- July 13, 2020
Exotic Animals in Austin! Go Inside The South Austin Ranch Home to Bison, Camel, Alpaca, and More

Did you know there are bison in South Austin? There sure are! And that's not all. This ranch is home to a slew of other exotic animals in Austin!
- April 10, 2020
Flashback Friday: Matthew McConaughey Should Hold His Own Facial Expression Olympics 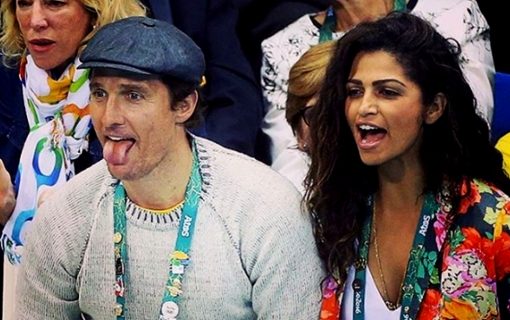 Getting bored with the same old shows and movies on Netflix and Hulu? Perhaps this will entertain you. We're taking it back to the 2016 with this post featuring our favorite Austin celebrity: Matthew McConaughey.
- October 10, 2019
Trim Your Facial Hair to Fight Cancer – That’s #SoAustin 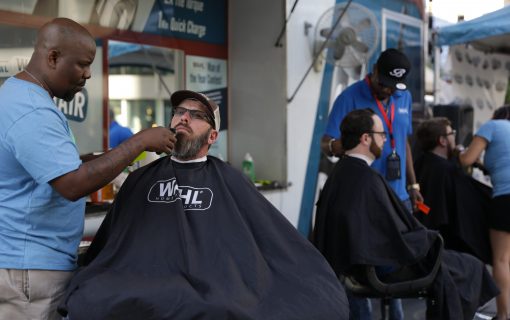 Wahl’s annual mobile facial hair grooming tour is coming to Austin. Here's how you can get a free trim and help raise money for charity.
- August 1, 2018
10 Ways To Make The Best Of Austin Traffic 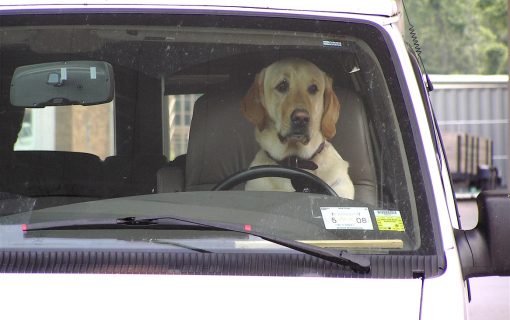 Austin traffic is terrible during certain hours, so we put together this guide to some of Austin's best drive-time distractions.
- December 30, 2017
This Kerbey Lane Waiter’s Mandala Coloring Books Are Selling Like Crazy 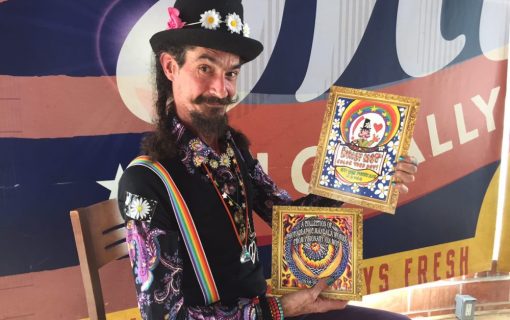 Austin’s weirdness is kept alive one Austinite at a time. One of those truly unique people who keep the weird in Austin is the Visionary Ion Mot.
- September 18, 2017
How Much Do You Really Know About The Texas State Capitol? 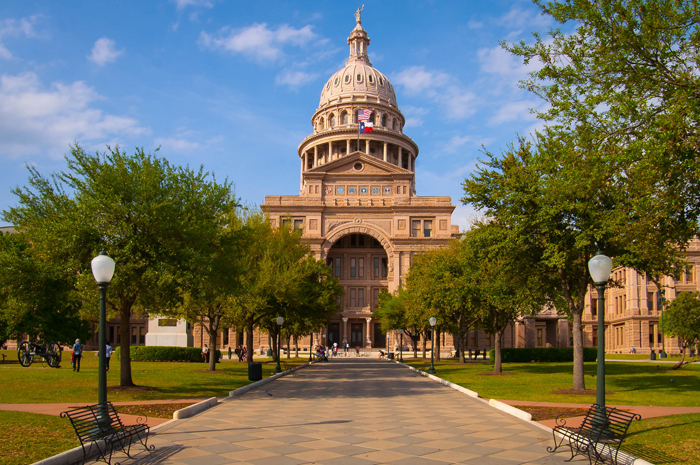 What's taller than the U.S. Capitol, has burned multiple times, and plays host to ghosts? Why, the Texas State Capitol, of course.
- May 30, 2017
These 7 Designers Are Keeping Austin Fashion Weird, Yet Wearable 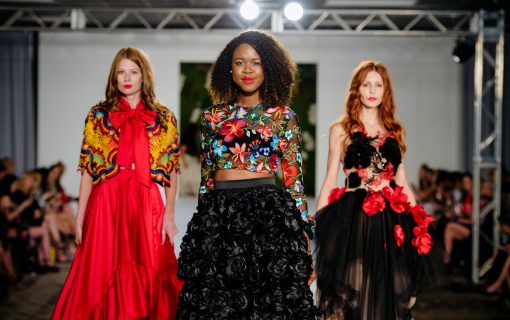 If you like your fashion like you like your city -- nice and weird, here are a few designers who are helping add some quirkiness to Austin's wardrobes.
- April 24, 2017
Austin Comics Sound Off About Moontower Comedy Festival 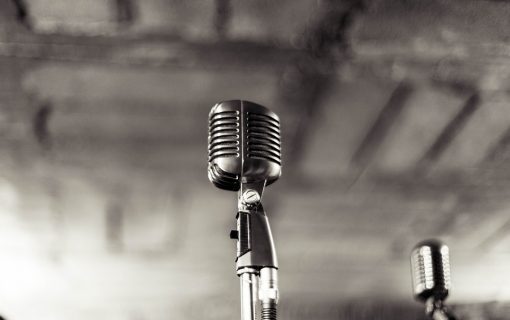 The Moontower Comedy and Oddity Festival took place in ATX last weekend and we were on the scene to get the real scoop on the event straight from Austin's own comedians
- April 14, 2017
Become A Giant Robot At This Weekend’s ‘Colossal’ Premiere 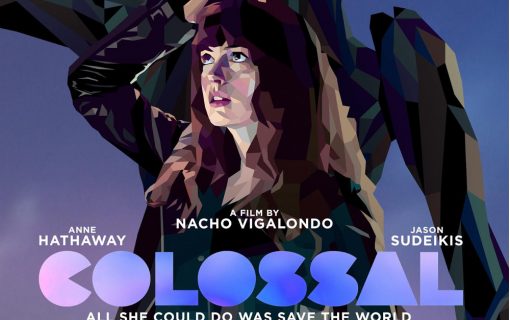 Scratching your head over what movie you should see next? We’ve got a big idea! “Colossal“ just opened at Alamo Drafthouse, and they’re getting really creative about how to promote it. Here’s why that’s such a HUGE deal!
- March 10, 2017
The W Austin Is Reliving the 90s With New Weekly Happy Hour 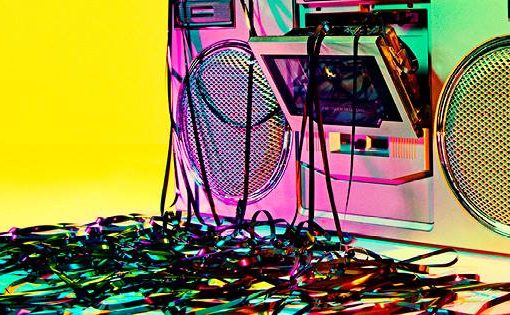 Relive those middle and high school days at the W Austin with their new, 90s themed happy hour every Friday evening. But this time you're legal!
- January 30, 2017
Here’s How Austin Has Responded To Trump’s Immigration Orders 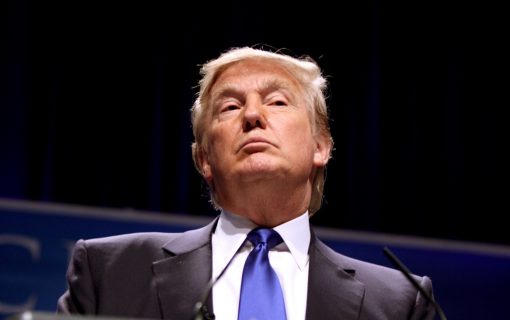 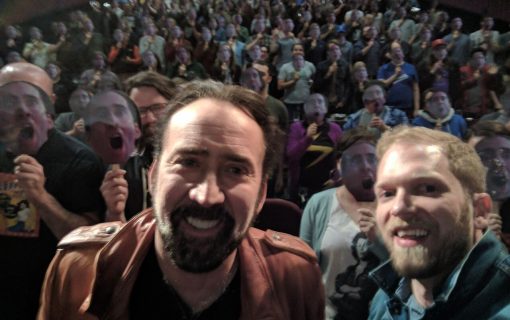 Nicolas Cage fans were treated to a very special surprise this weekend, as Cage attended and sat through the entire C4GED marathon at Alamo Drafthouse.
- January 25, 2017
25 Of The Most Amazing Protest Signs From The Women’s March In Austin 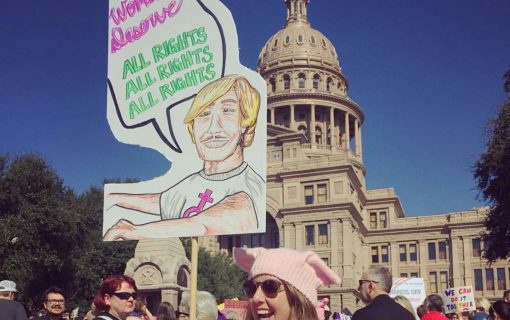 The photos from the Women's March on Austin made us laugh, made us cry, and made us hope. Here are some of our favorite words of wisdom from the event.
- January 9, 2017
Austin-Area Scoutmaster Puts ‘Man Vs. Food’ To Shame In Ghost Chili Challenge 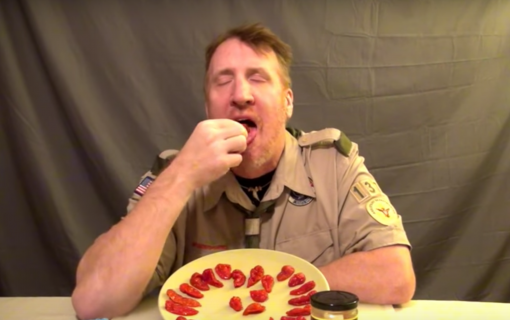 A Fredericksburg man took fundraising to a whole new level by sacrificing his palate, and possibly burning up his soul from his insides, for a good cause.
- December 20, 2016
Concerned Scientists Send Chainsaw-Wielding ‘Burger King’ To Austin 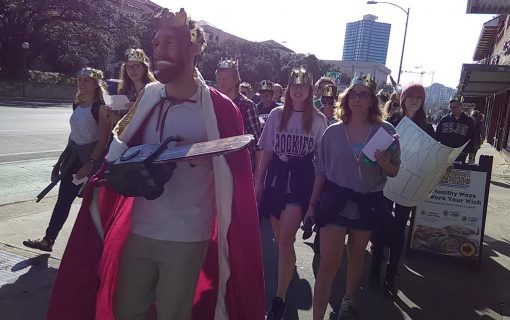 File this one under “news of the weird.” Last week a group of about 30 people were spotted near campus...
- December 14, 2016
Christmas Jerks Play Grinch and Steal Nativity and Beer in Southeast Austin

The Statesman has a blog up today that details the individuals who comprise Austin's "royal family" -- if we had one, that is.