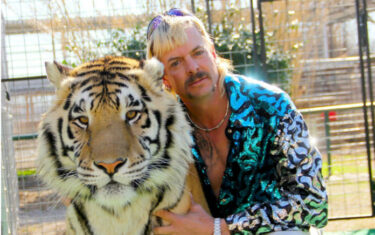 A “Tiger King” scripted series is coming soon and it will star Nicolas Cage as Joe Exotic.

Though the Netflix docuseries “Tiger King” made Joe a household name, this series is actually based on a Texas Monthly article. According to Variety, CBS TV Studios optioned the article “Joe Exotic: A Dark Journey Into the World of a Man Gone Wild” in June of 2019.

As mentioned, it will star Nic Cage as the eccentric, exotic zookeeper who fights to keep his park even at the risk of losing his sanity. The series will live in the lion’s den with Joe, explore how he became Joe Exotic, and how he lost himself to a character of his own creation.

This is the second announced “Tiger King” scripted series. Kate McKinnon is attached to star in and executive produce a series based on the Wondery podcast “Joe Exotic.” McKinnon will play Carole Baskin.

You can read the aforementioned Texas Monthly article here.