It’s finally, finally here — the movie that sparked a million celebrity sightings across Austin finally has a trailer and a release date. Broad Green Pictures has given us a first peek at the SXSW opening film, Song to Song.

The Terrence Malick-helmed project is said to be a modern love story set against the Austin music scene. It’s a scene Malick is familiar with since he resides right here in the ATX. The trailer features images of Fun Fun Fun Fest, ACL, the Long Center, Sixth Street, and more.

Shot in Austin from 2010-2012, the film stars Ryan Gosling, Michael Fassbender, Rooney Mara, and Natalie Portman. Val Kilmer shot an infamous scene at Fun Fun Fun Fest in 2012 where he cut his hair with a knife on stage during a Black Lips set.

The year prior, we caught up with Mara and Gosling side stage after a Big Freedia set. Gosling was snapping pictures of some of the artist’s dancers, while Mara was standing by. 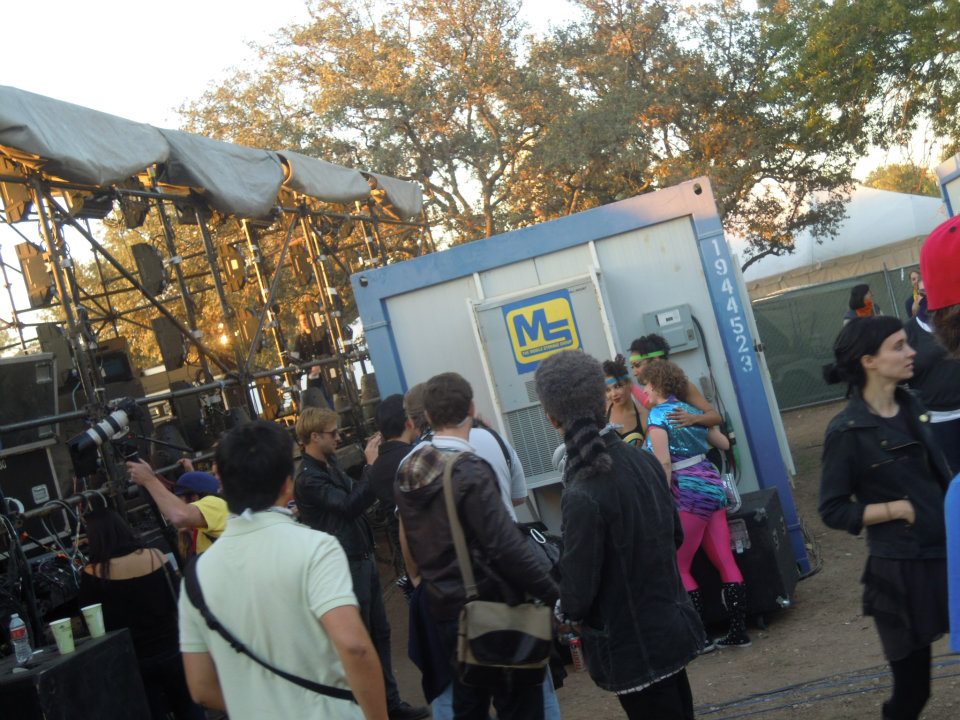 No official word yet on which stars will attend the premiere on March 10, 2017 at the Paramount, though Kilmer tweeted that he will be in attendance.