For vegans, tasty, pre-prepared meals can be quite scarce to find, even in a forward-thinking community like Austin. Now, thanks to the genius “revolution in not cooking” that is Snap Kitchen, Austin vegans have at least one desirable option.

A smiling Snap representative delivered the meals — which come prepackaged in durable to-go containers complete with a detailed menu containing cooking instructions and a full list of ingredients and nutritional facts — right to our doorstep. Instead of rationing all six dishes over the next several days, we decided to cook five of the meals all at once, and an epic Snap Kitchen feast ensued. 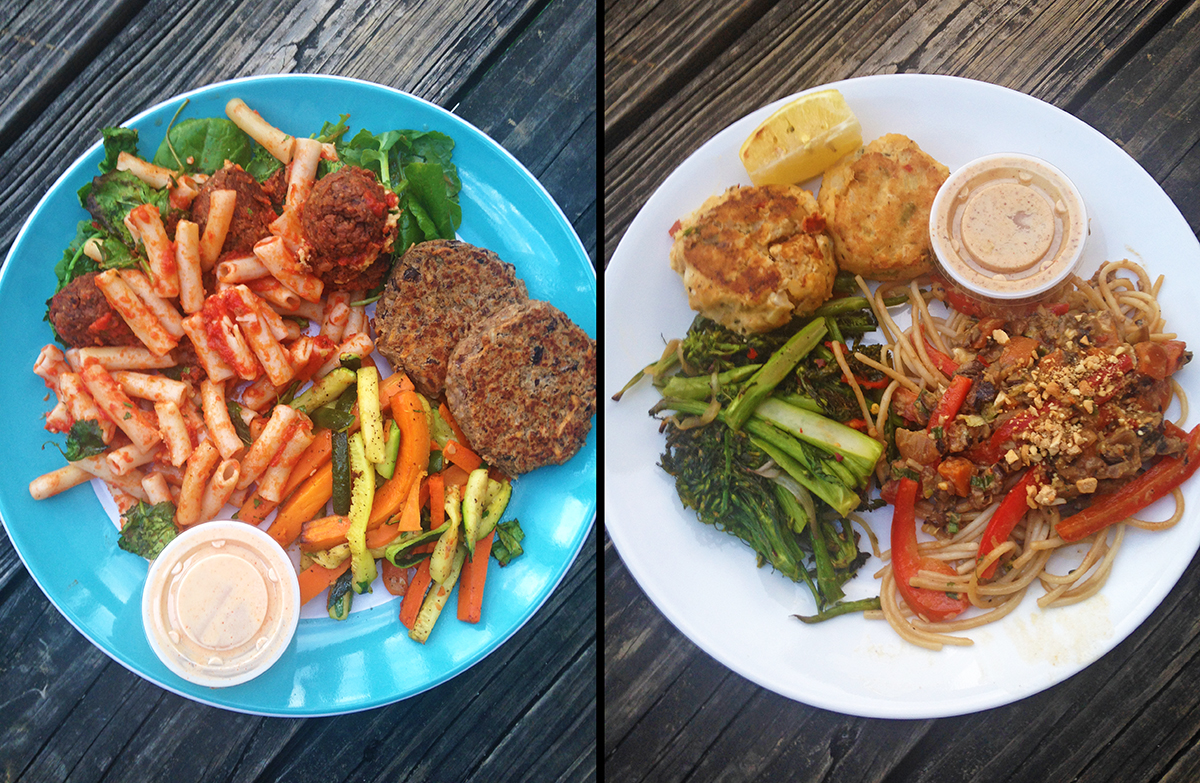 Though all the meals tasted great, we especially enjoyed the Sweet Potato Black Bean Sliders, Creole Fab Cakes, and the seasoned vegetables that came with both of those aforementioned plates.

We saved the Apple Oat Crisp for breakfast the next morning and felt immensely glad for that, since it’s oatmeal and cranberry-infused deliciousness paired expertly with our mocha from Apanas Coffee and Beer.

“We took some of our favorite sweater-weather classics and gave them each a solid vegan makeover from head to toe,” wrote Snap in their company blog. “There is not one speck of meat, dairy, egg, or fish in these dishes, which basically makes them magical con-artists because they will have your taste buds 100% convinced that the bite you’re savoring is not vegan.”