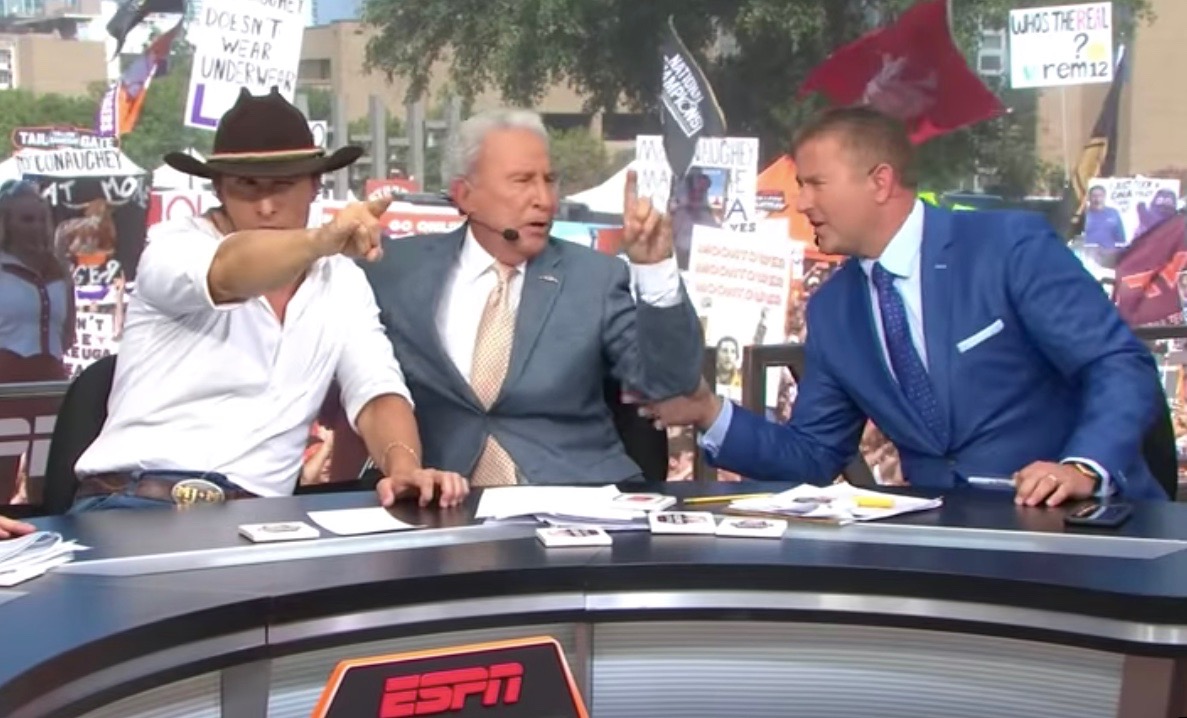 Austin music legend and Hi, How Are You artist Daniel Johnston died Wednesday at the age of 58. He was the creator of the frog-like mural on the drag known as “Jeremiah the Innocent.”

All films screening at the Fantastic Fest have been announced. As previously reported, the opening night film is JOJO RABBIT, starring Roman Griffin Davis, Thomasin McKenzie, Rebel Wilson, Stephen Merchant, Alfie Allen, with Sam Rockwell, and Scarlett Johansson. Director Taika Waititi and actor Stephen Merchant will be in attendance. Other actors who will take part in the festival include Tim Robbins, Michael C. Hall, and more. Get full info on the fest here.

In honor of Supernatural Day, which marks the day when “Supernatural” premiered in 2005, Hot Topic created an End of the Road t-shirt that is available in stores and online today! And, today only, Hot Topic will donate 100 percent of the profits from Friday’s shirt sales — both in stores and online — to the non-profit charity Random Acts, which was selected by Austinites Jared Padalecki, Jensen Ackles, and co-star Misha Collins. Specifically, the funds will go toward helping aid Hurricane Dorian survivors and fund acts of kindness for those in need.

Ask Me Another in Austin

When the NPR series “Ask Me Another” taped an episode in Austin earlier this week, their special celebrity guest was none other than Matthew McConaughey. Sadly, we were not in attendance so it’s unclear what Austin’s most famous resident discussed on the show, but we’re sure it was alright, alright, alright. The episode is likely to air next month.

Matthew McConaughey is the GOAT of Texas Football Fans

Yep, we’re calling it. Matthew McConaughey is the Greatest Of All Time. In regards to Longhorn football fanship, that is. When ESPN came to town for College Gameday on Saturday, they also asked McConaughey to take part in their broadcast. First, he made quite the entrance in a classic ride painted orange with longhorns affixed to the front grill.

He also nearly took host Lee Corso’s head’s off while removing the LSU tiger head he was sporting.