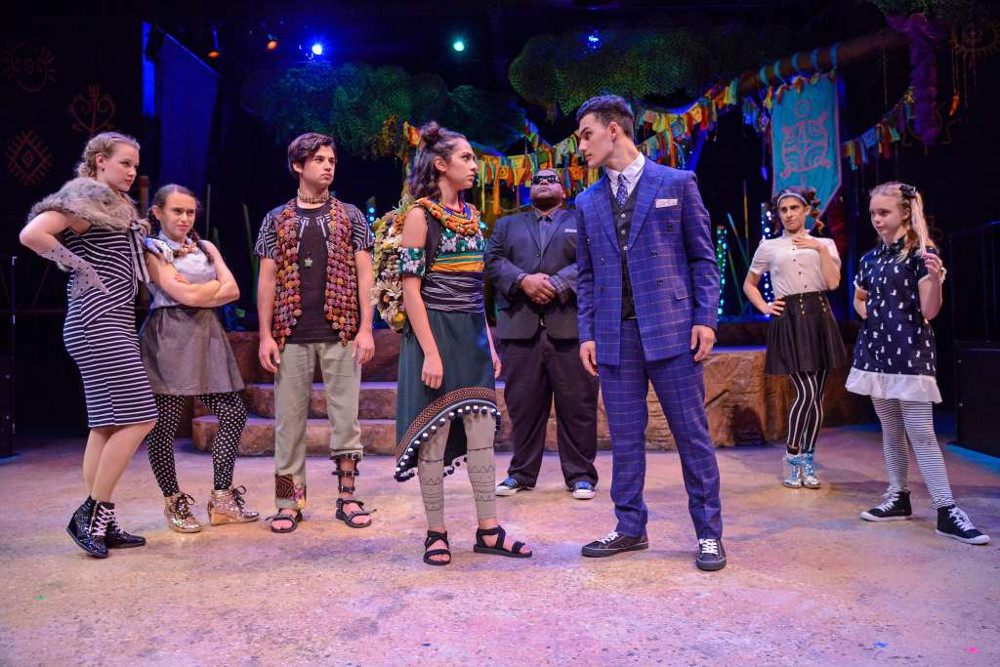 “Ancient versus modern. Brain versus brawn. Peace versus war. Reptile versus mammal. The ultimate culture clash between two tribes and a fantastical race to decide the fate of them all.”

These themes can all be found in “Tortoise and Hare,” the classic Aesop fable that comes to life in a bright stage setting with modern themes and music woven in to tell the tale at Zach Theatre.

Young members of the audience will be captured by the energetic music and action that takes place right before them on the center stage of Zach’s Kleberg Stage. Older audience members will identify with the theme of the “dorks” versus the “cool kids,” meshing of cultures, and how those with good intentions ultimately “win the race.” Overall, the performance is a good mix of storytelling and music to appeal to an audience of all ages.

Leslie Ann Neal has a standout performance in her role as the central tortoise, Kama. She portrays a character that is both strong and vulnerable, with a beautiful and powerful singing voice. Megan Hudson also does a wonderful performance in the central hare role of Harper, and John Christopher adds a comedic touch as Novi/Joey. 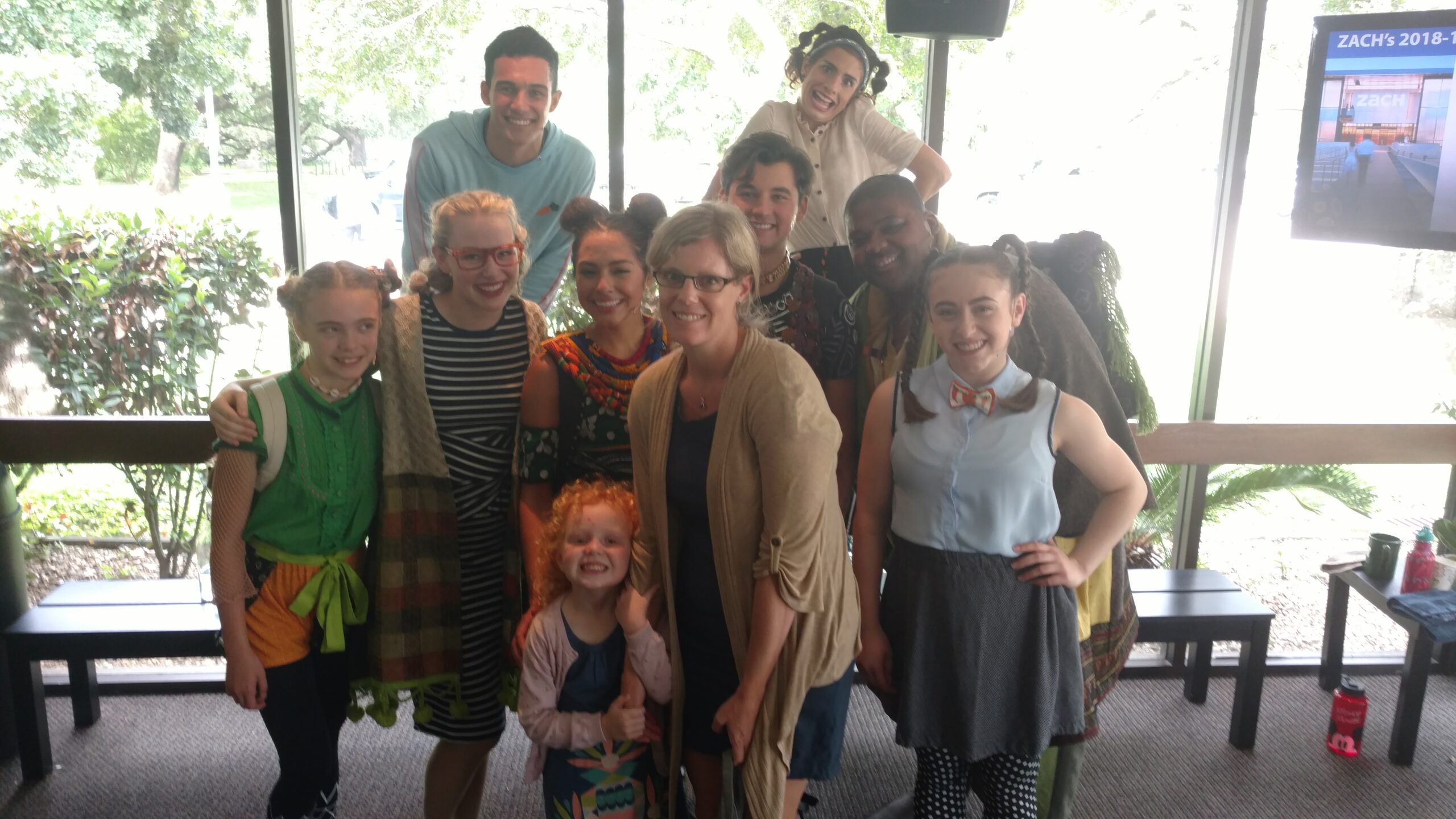 “Tortoise and Hare” was my four-year-old daughter’s first theater performance to attend and it was a success! The performance was just the right length, 55 minutes with a 10-minute intermission, and the healthy snacks available at the concession stand were a fun treat. We will definitely be back for another Theatre for Families performance soon.

Zach Theatre’s “Tortoise and Hare” runs through January 27, 2019 on Saturdays and Sundays, with special Friday performances on 9/28 and 11/23. A Sensory Friendly and ASL Interpreted/Open Captioned Performance will take place on Saturday, November 3, 2018 at 11 a.m. This production is recommended for ages 5 and up. Tickets are available on the Zach Theatre website.

Want a chance to win tickets and see the production before all of your friends? In this case, it pays off to be fast like the hare and get your entries in quick!