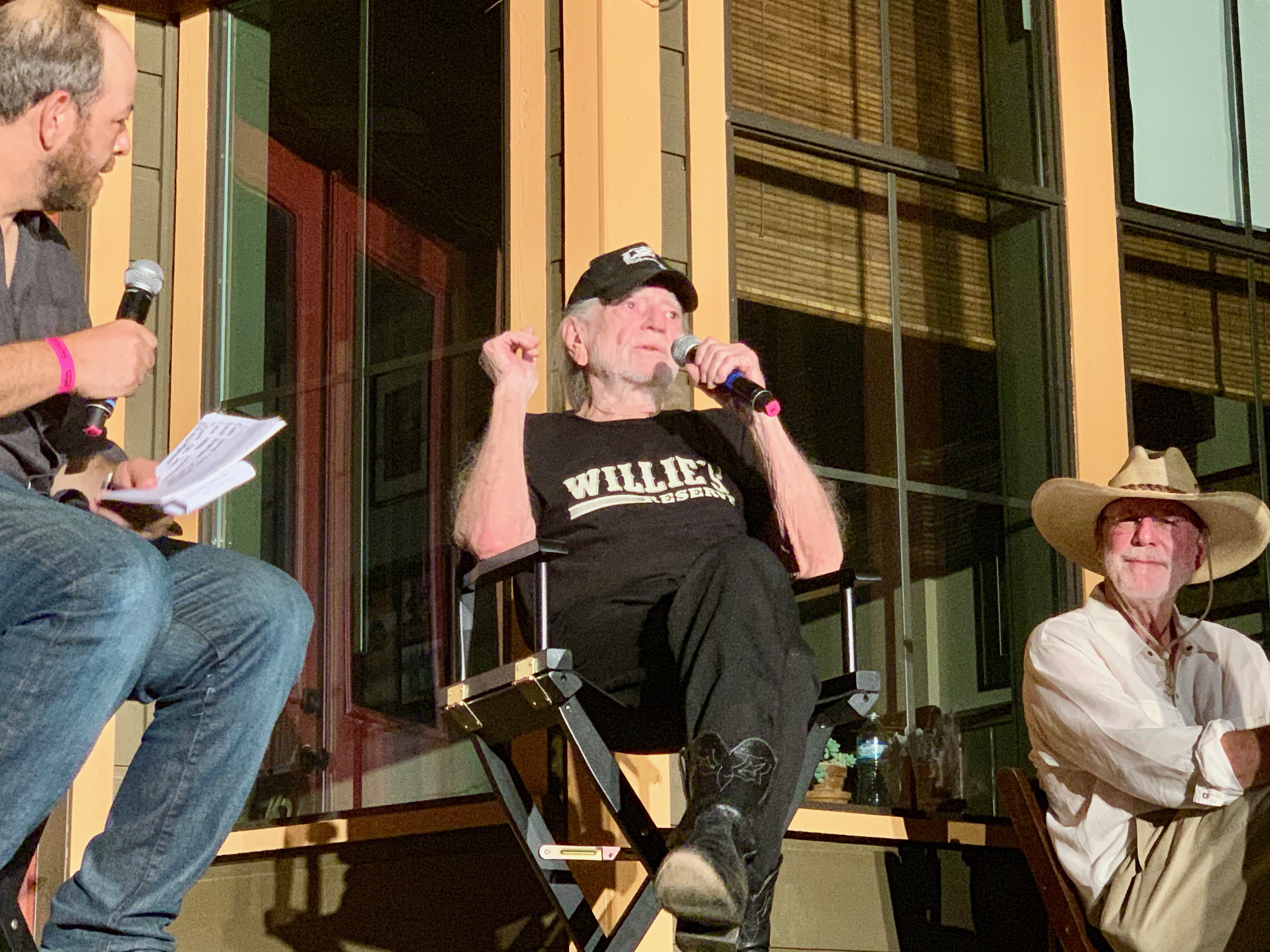 The Red Headed Stranger at Luck Ranch was truly a once-in-a-lifetime experience. Luck Cinema kicked off their collaboration series with the Rolling Roadshow out at Luck Ranch, screening the 1980’s TV movie with Willie Nelson in attendance. Willie was entertaining as always, but our favorite part was when he listed the three rules he and his family abide by.

Happy birthday to Matthew McConaughey’s oldest son Levi who turned 11 on July 7. Camila Alves posted a sweet tribute on Instagram, as well as some family vacation pics from France.

“Supernatural” Back in Production

Season XV of “Supernatural” has begun with Jensen Ackles stepping in to direct. The Austinite posted this picture of his “intensely scouting locations selfie.” This is the sixth episode where Ackles takes the helm. Though he’s directing the first episode of the final season’s production schedule, it will air as the fourth episode of the upcoming season. “Supernatural” premieres on Thursday, October 10.

Midland has released a new single called “Playboys.” That makes three songs already available from their upcoming album Let It Roll: “Playboys,” “Put The Hurt On Me,” and “Mr. Lonely.” The video for “Mr. Lonely” stars fellow Austinite Dennis Quaid.

In case you didn’t know, Ethan Hawke was born right here in Austin (and was inducted into the Texas Film Hall of Fame in 2004). And here’s another interesting fact you may not know. The actress who plays Scoops Ahoy employee Robin in season 3 of “Stranger Things” is his daughter! Maya was born in 1998 to Hawke and then-wife Uma Thurman.