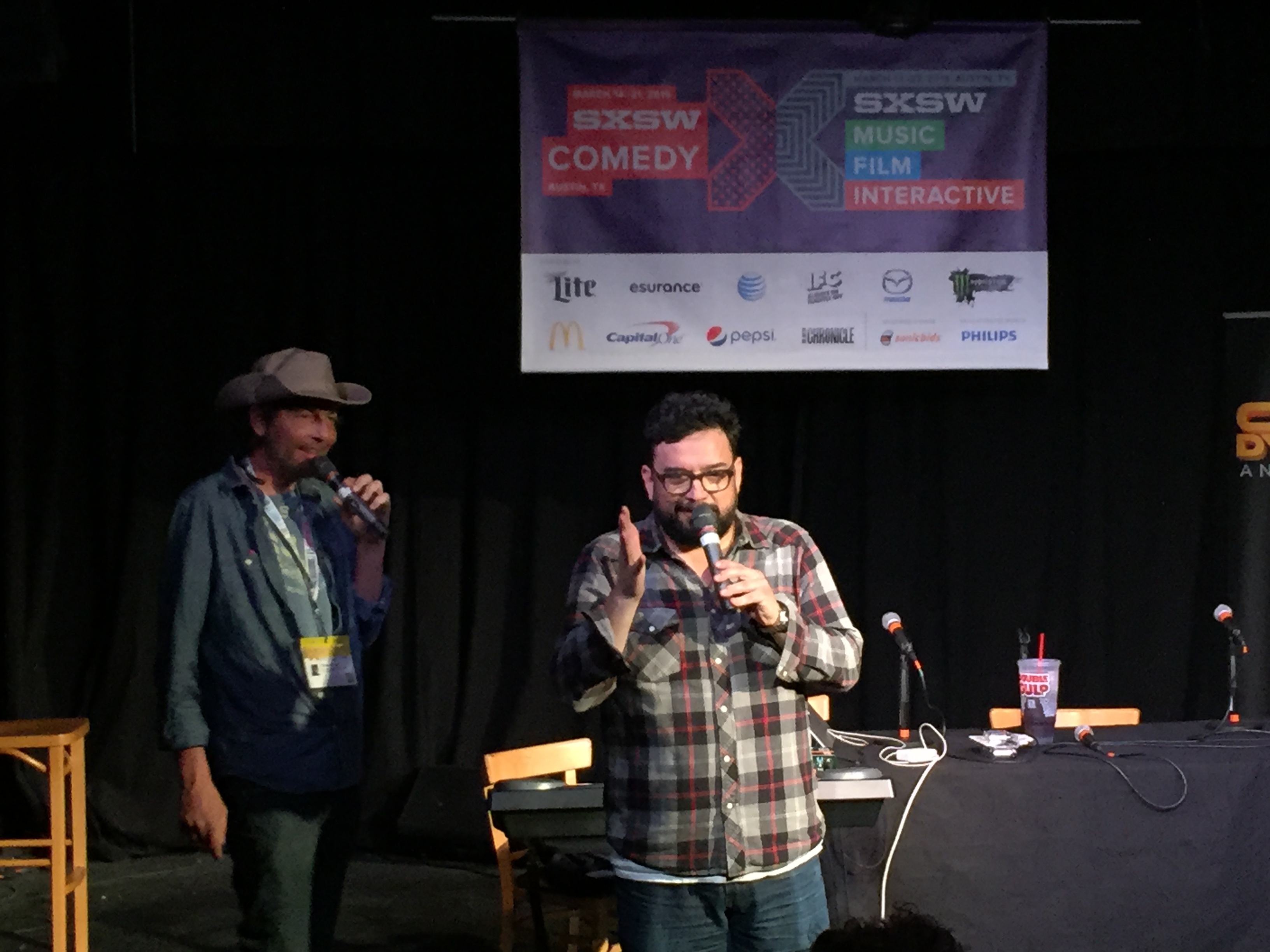 The days to SXSW are quickly counting down, and for most, this festival of entertainment and endurance is no laughing matter; except for those who are involved with and attending the comedy portion of the festival, a segment that is growing more and more each year. The Austin Chronicle reports today the release of the complete SXSW Comedy lineup, which includes performances by Judd Apatow, Paul F. Tompkins, and Austin comedian Chris Cubas, among many others.

Other highlights of the comedy festival include podcast tapings, live streaming of performances, kick-off parties featuring Chris Hardwick and Lil Jon (the rapper, not the Nottingham bandit), and lots more. The full lineup, as well as purchasing information for badges and wristbands, is on the SXSW site.

For fans of SNL alum Horatio Sans, I highly recommend attending the scheduled recording of his podcast; after attending last year and participating in one of his gags, it’s an experience that neither myself or my blushing cheeks will soon forget.