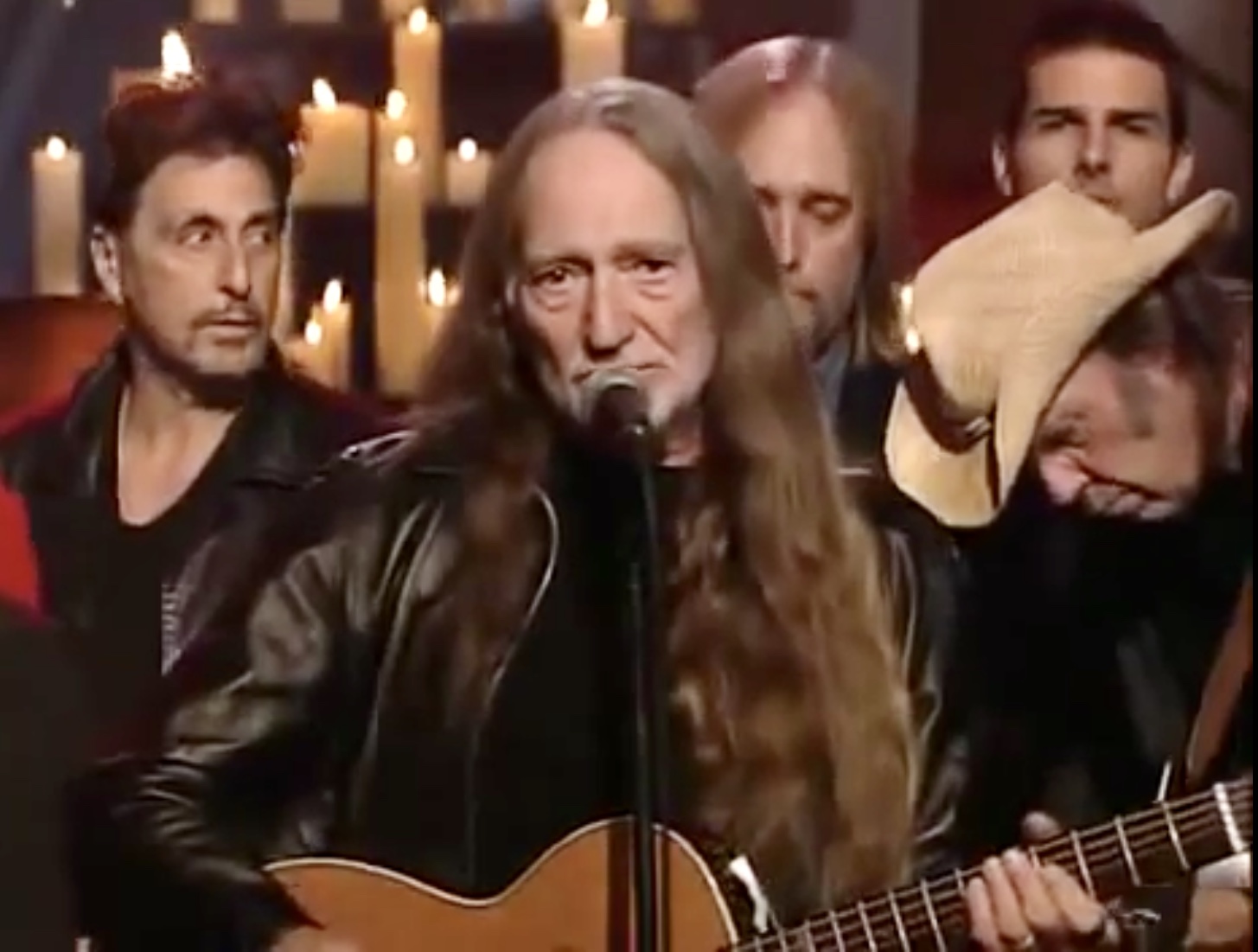 In 2001, post 9/11, George Clooney organized celebrities to take part in a benefit concert called “America: A Tribute to Heroes.” The star-studded telethon was broadcast on all four major broadcast networks and featured celebrities like: Muhammad Ali, Brad Pitt, Julia Roberts, Robin Williams, Mariah Carey, Tom Cruise, Stevie Wonder, and many, many others.

But the real highlight of the show for us was this performance of “America The Beautiful,” led by Willie Nelson.