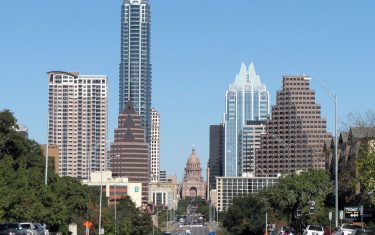 These Five Drives Perfectly Capture The Essence of Austin

When you picture yourself driving around Austin just for the fun of it, where do you go? How you answer that question depends on what you like to do and see. Austin is a multi-faceted town that comfortably accommodates two-steppers gliding across the dance floor at an old country dance hall, hipsters sipping their craft beers through elaborate, well-groomed beards in dive bars, and health nuts shopping for organic groceries after a jog along Lady Bird Lake.

Whether you are hosting out-of-towners or just want to experience your favorite aspects of Austin, try traveling one of these Austin roads to find what you want. 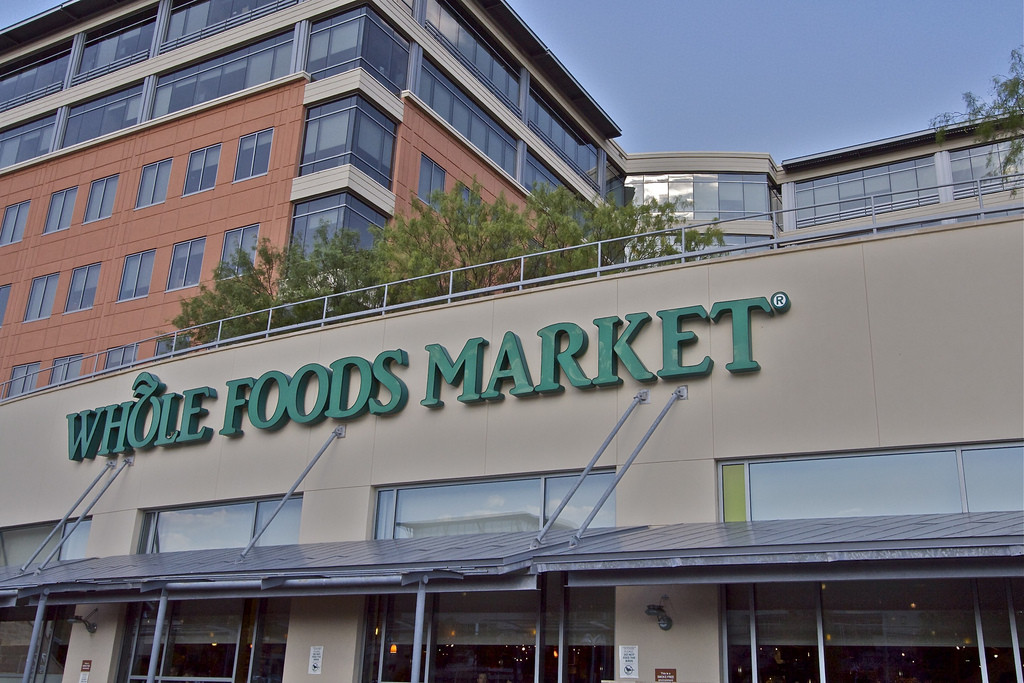 Lamar Boulevard is the main north-south artery of Austin between I-35 and MoPac, and along it are many of the places that make Austin famous. Starting at the south end, the Broken Spoke is one of the most famous Texas dance halls — it may look a bit different now that development has exploded around it, but it’s definitely still a must-see. Traveling toward downtown, you pass awesome eateries like Gourdough’s Public House and Barley Swine and great places to catch live entertainment like Saxon Pub and ZACH Theatre.

Once you cross over Lady Bird Lake, you quickly come upon the busy intersection at Sixth Street where the flagship store of Whole Foods Market sits. The company has come a long way since it first opened in 1980 with 19 employees. Today, Whole Foods has locations across the United States, Canada, and United Kingdom. The company may have recently been purchased by Amazon, but it will always have a special place in most Austinites’ hearts.

On the north side of downtown, Lamar winds between Pease Park on the west and the West Campus area on the east. Before ending at Howard Lane, you pass more iconic dining spots like Dan’s Hamburgers and Threadgill’s. 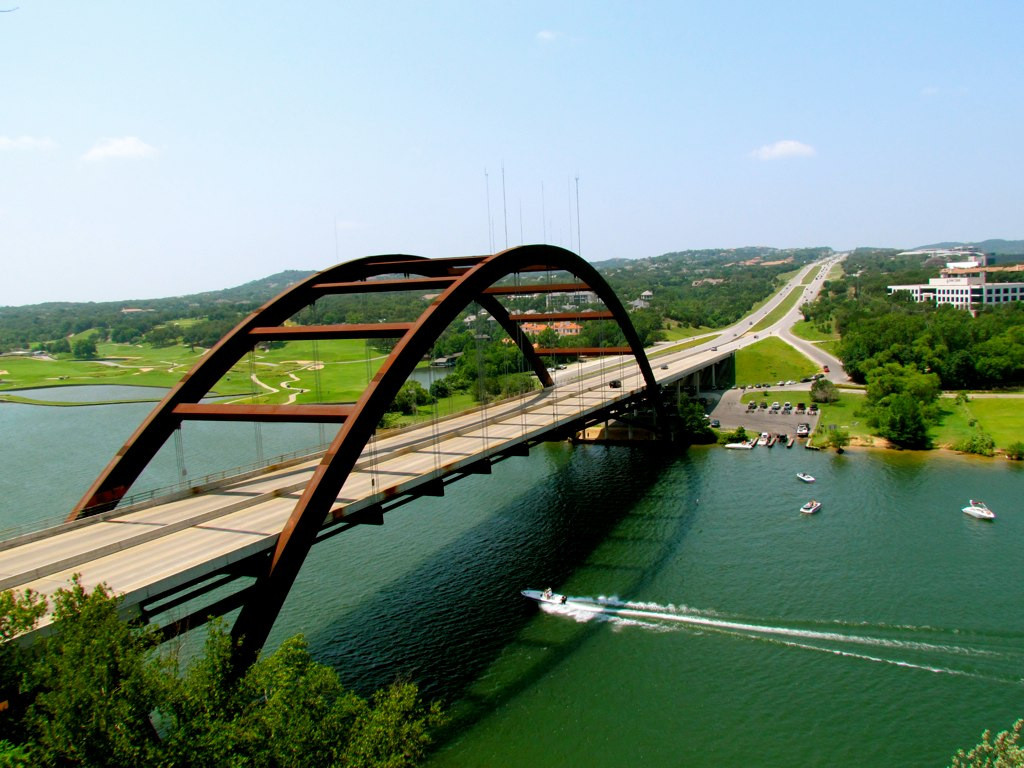 Driving the winds and hills Capital of Texas Highway, or Loop 360, is a great way to get your Hill Country fix without having to leave Austin. Bookended by major shopping centers — The Arboretum and Gateway Shopping Center to the north and Barton Creek Square Mall to the south — this road gives you miles and miles of views to the west.

The Pennybacker Bridge crosses Lake Austin showing drivers and passengers the Colorado River, its rocky cliffs and brushy foliage. Interestingly, no part of the bridge actually touches the water. This design keeps the recreational area around and under the bridge as uninhibited as possible for boaters. 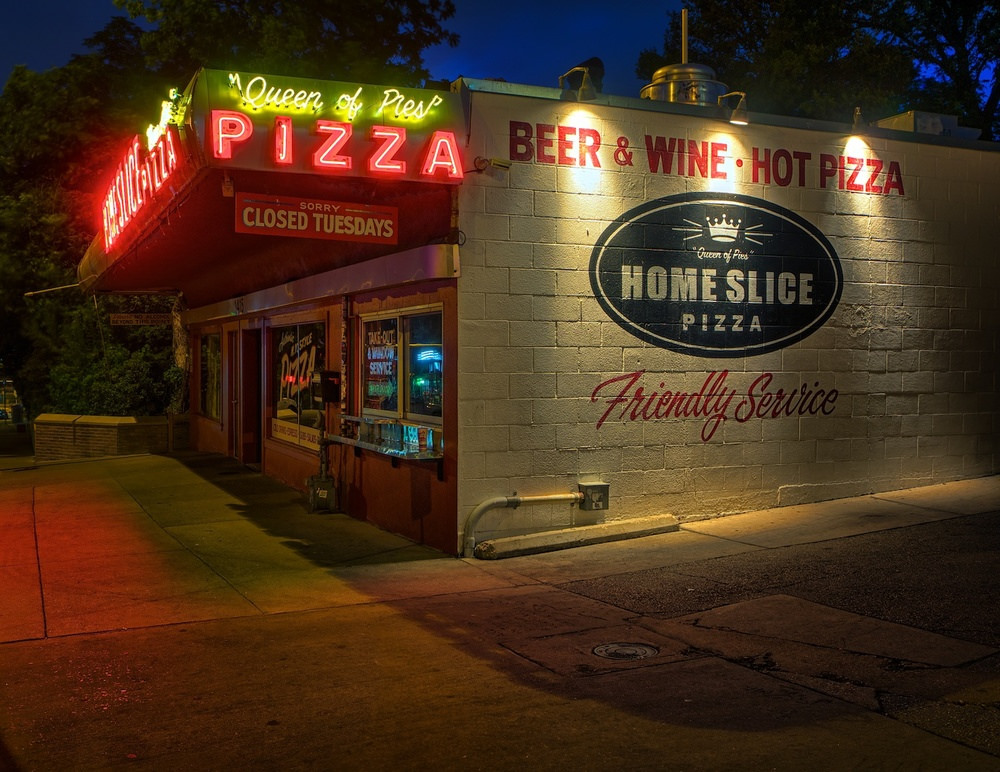 It is hard to imagine Austin without I-35, but many decades before I-35 was built, Congress Avenue was Austin’s main street. I-35 was opened in Austin in 1962, and since then, it has been Austin’s most heavily traveled road.

The Capitol is the crown jewel of Congress avenue. While Congress continues for a bit north of the Capitol, it soon dead ends into Martin Luther King, Jr. Boulevard. Moving south from the Capitol, live entertainment venues abound including Paramount Theater, The Hideout Theater and Austin’s preeminent jazz club, Elephant Room.

After crossing the Congress Avenue Bridge, you soon enter the South Congress entertainment district, which is a great time to park that car and head out on foot. There are tons of stores, boutiques, and restaurants that you’ll want to pop into,  like Jo’s Coffee, Hopdoddy Burger Bar, Home Slice Pizza, and Guero’s Taco Bar and Big Top Candy Shop, Stag Provisions, and Uncommon Objects. South Congress is also home to the legendary Continental Club. 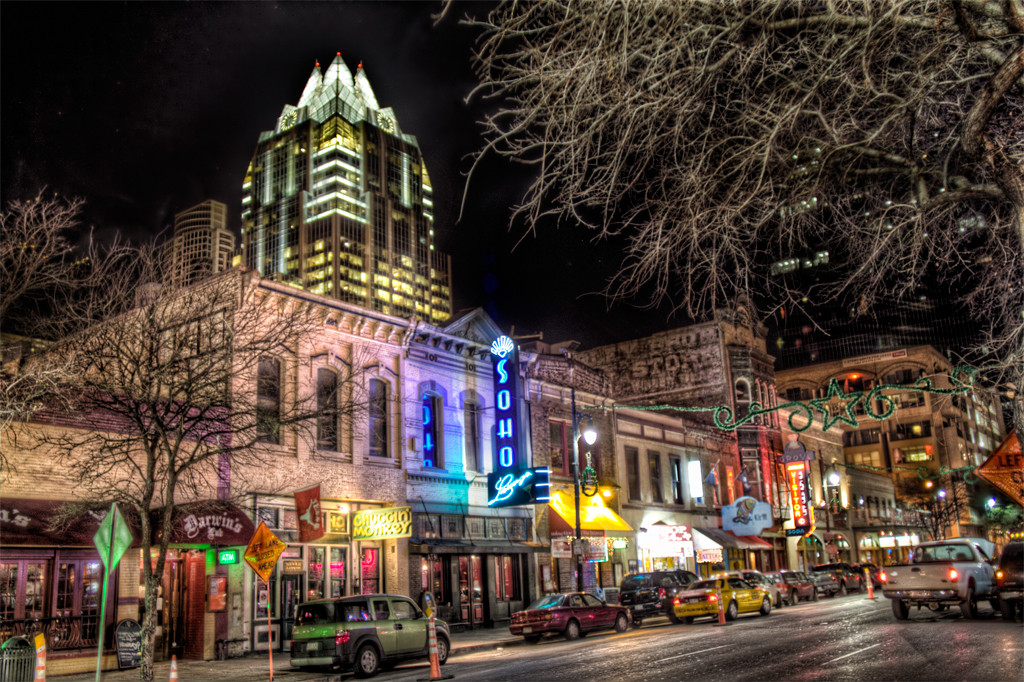 When people think about Sixth Street, they usually imagine intoxicated college students on “Dirty Sixth,” but Sixth Street has so much more to offer.

On West Sixth, you can enjoy a quieter scene with great restaurants like Z’Tejas, Sweetish Hill Bakery and Cover 3. This part isn’t as walkable, but you’re more likely to stick with one or two stops on this stretch.

Venture east of I-35 for some buzzworthy spots with live music and dive bars. There is still a rowdiness to East Sixth, but expect to find more locals than tourists in this area. Check out the east side scene at places like Hotel Vegas, Violet Crown Social Club, and The Brixton. 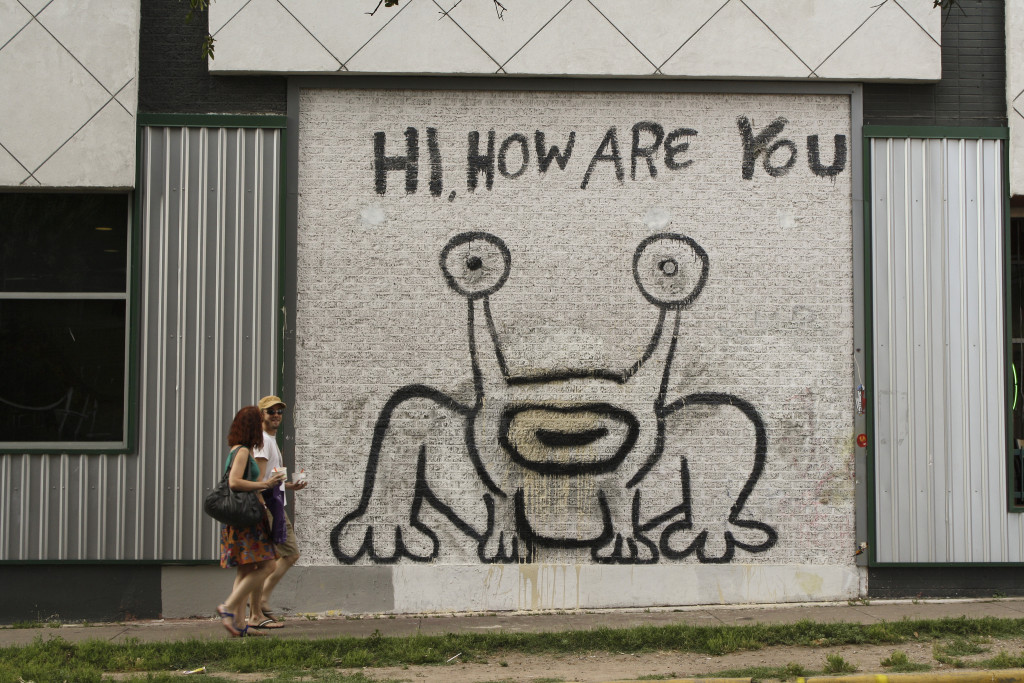 The Drag is the portion of Guadalupe Street that runs along the western edge of the University of Texas Campus. The sidewalks and streets are incredibly busy when school is in session. Buses, cars, bicycles, and pedestrians intermingle here more than any other place in Austin.

The area has a mix of stalwart establishments like University Co-Op, Urban Outfitters and Madam Mam’s, along with relatively new local joints trying to make it and chains that can afford the high rents.

We put together this list of activities to help get you out of the house without putting yourself or anyone else in danger.
- June 2, 2020
This Video Message From Former Longhorn Emmanuel Acho Will Help You Better Understand the Black Lives Matter Movement

Looking to get inked in the ATX? Whether it's a full portrait or a tiny geometric, here are 10 of the best Austin tattoo shops around.