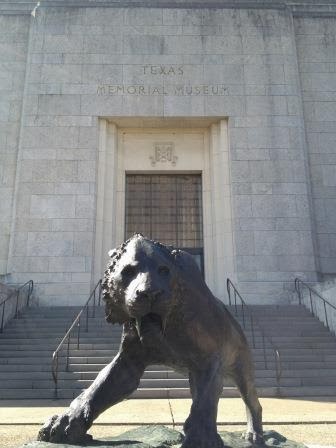 Following an ice day that kept us locked up in the house for 10 hours straight, my three year old and I were motivated to get out of the house. On the hunt for some unchartered free fun in Austin, we decided to head to the Texas Memorial Museum, which is a part of the Texas Natural Science Center on the University of Texas campus. I’m embarrassed to admit that I had walked by this museum on most days over the course of three years while getting my graduate degree and never once set foot inside.

If you have not yet visited this museum, it is fantastic! Despite being extremely understaffed and underfunded, there are four floors worth of amazing Texas natural history to explore. Upon arrival we learned that an audio tour is available by dialing a number on your cell phone. Many objects throughout the museum are marked with a code. By entering these codes you are able to obtain an in-depth description of objects that are of particular interest to you.

Here are a few highlights from our trip to the Texas Memorial Museum: 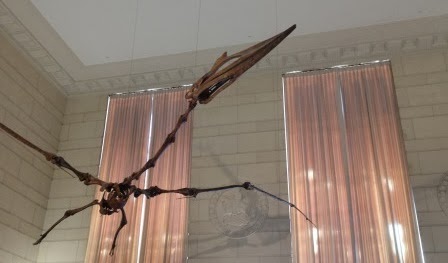 Our first view after we stepped inside the doors of the museum and into the Great Hall was of the impressive Texas Pterosaur, the largest flying reptilian creature ever discovered and it was discovered by Texas scientists. It has a wingspan of over 40 feet! Also featured in this room are over 100 specimens of rocks and minerals from across the state. 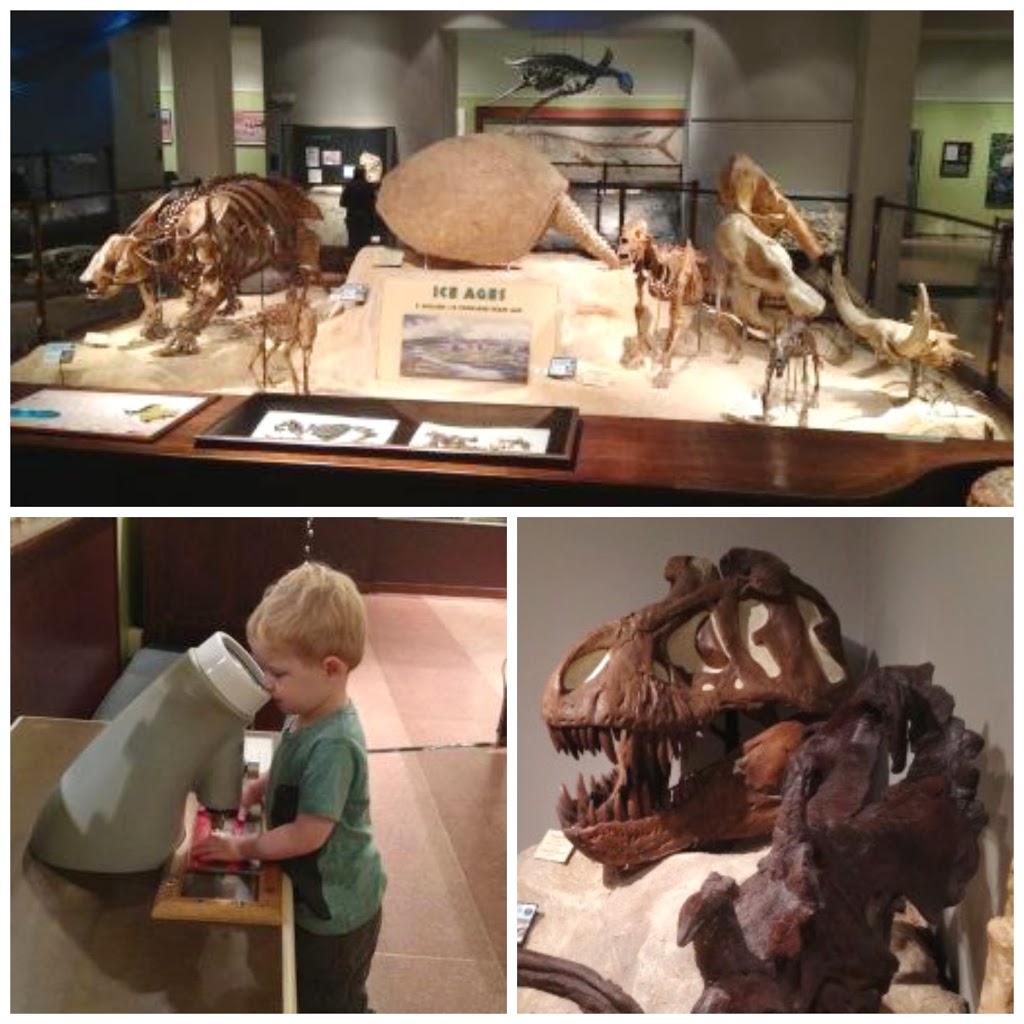 Next we went down to the first floor and we were amazed by an extensive exhibit of the remains of dinosaurs and other prehistoric animals including a collection of marine life. Using the cell phone audio tour, we learned that the remains of a Tyrannosaurus Rex were discovered in Big Bend.

We continued up to the third floor to explore the Hall of Texas Wildlife, where we again took advantage of the cell phone audio tour. We were happy to learn that many of the taxidermy specimens were obtained from other natural science museums or were obtained from zoos when animals passed away. Wildlife exhibits included all basic categories of vertebrates with a special dark room featuring the nocturnal animals of Texas. 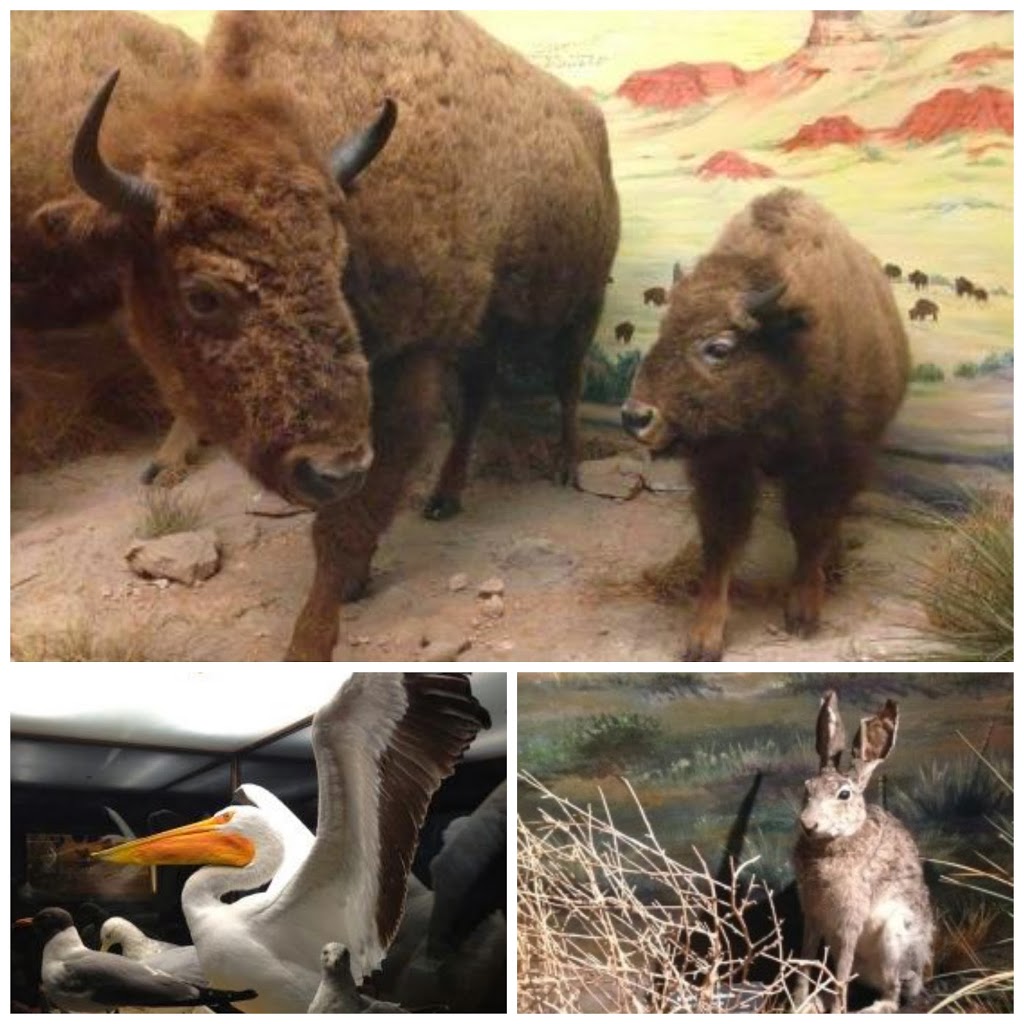 After two hours we still had energy to take ourselves up to the fourth floor. In the Hall of Biodiversity we were able to explore evolution through several interactive exhibits. Our favorite was to compare and contrast ourselves to chimpanzees. A side by side look at our skeleton together with a mirror and a transparent face mask of a chimpanzee made it clear enough to us that we really are related to these primates. 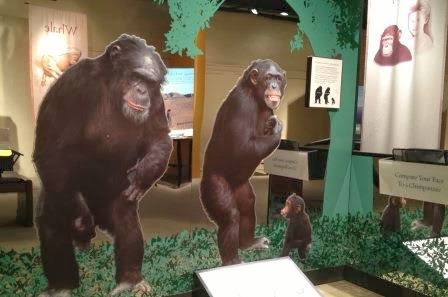 Before leaving, we took one last minute to check out the gift shop. My little boy had a grand time checking out all of the animal figurines while I was able to purchase four educational and fun birthday gifts needed for the upcoming weekend of birthday parties. 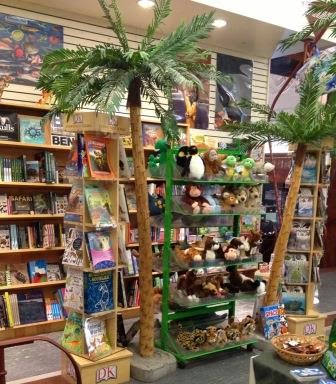 You may or may not know that the Texas Memorial Museum has come into some challenging times as of late. Proposed funding cuts could take place this coming fall. Staff would be cut from 11 to 3 employees and museum hours could be cut as well. If you are interested in reading more about these proposed cuts, below are a few links to recent articles:
http://alcalde.texasexes.org/2013/10/ut-to-cut-funding-for-texas-memorial-museum/

A Facebook page has been created by members of the community to raise awareness of the projected funding cuts and potential closure of the museum:

This group has also started a petition which can be found on the Facebook page or at the link below:

For more information on the Texas Memorial Museum, including hours of operation, visit the Texas Natural Science Center website. 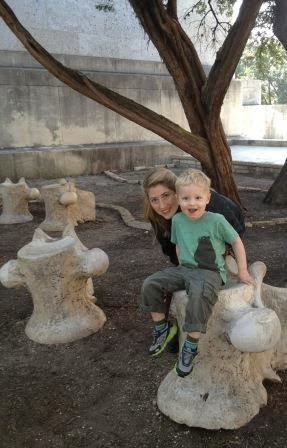 Kate Winternitz is an art educator in Austin who is taking time off from the classroom to stay at home with her son, Charlie.
Tags:
Post Comment