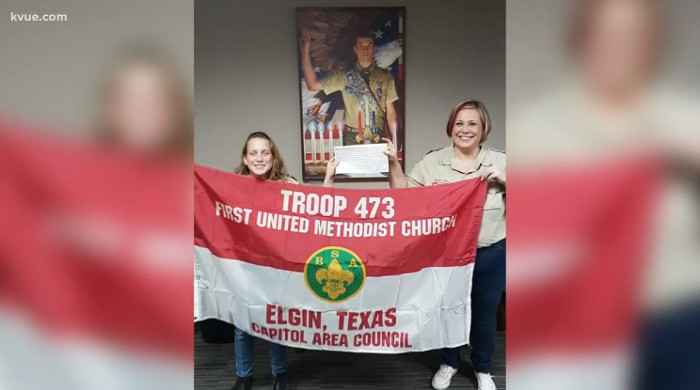 Central Texas Just Got An All-Girl Boy Scout Troop And We Are Loving It!

An all-girl Boy Scout troop has opened its doors to the world in the city of Elgin, just outside of Austin, according to some terrific featured reporting by Austin ABC News affiliate station KVUE.

The Boy Scouts of America only just began allowing girls to join the ranks earlier this month, following years of pressure from outside groups. Their rebranded program, first announced in 2017, is called Scouts BSA, and offers girls the opportunity to achieve the organization’s highest rank: Eagle Scout.

“We believe it is critical to evolve how our programs meet the needs of families interested in positive and lifelong experiences for their children,” Michael Surbaugh, CEO of the Boy Scouts of America, told NBC News at the time of the group’s announcement on admitting girls.

Now in 2019, we can all finally see the beginnings of something new, unique, and totally rad: Elgin’s first all-girl Boy Scout troop, officially designated Troop 473. And there are surely more to come. Check out the video below, put together by KVUE’s own Kalyn Norwood.

Way to go on this story, Kalyn! This should be a national story, if there is any justice in the media world.

UPDATE: Apparently some folks don’t know the difference between Boy Scouts and Girl Scouts, so here’s a full explainer. The programs are very different.