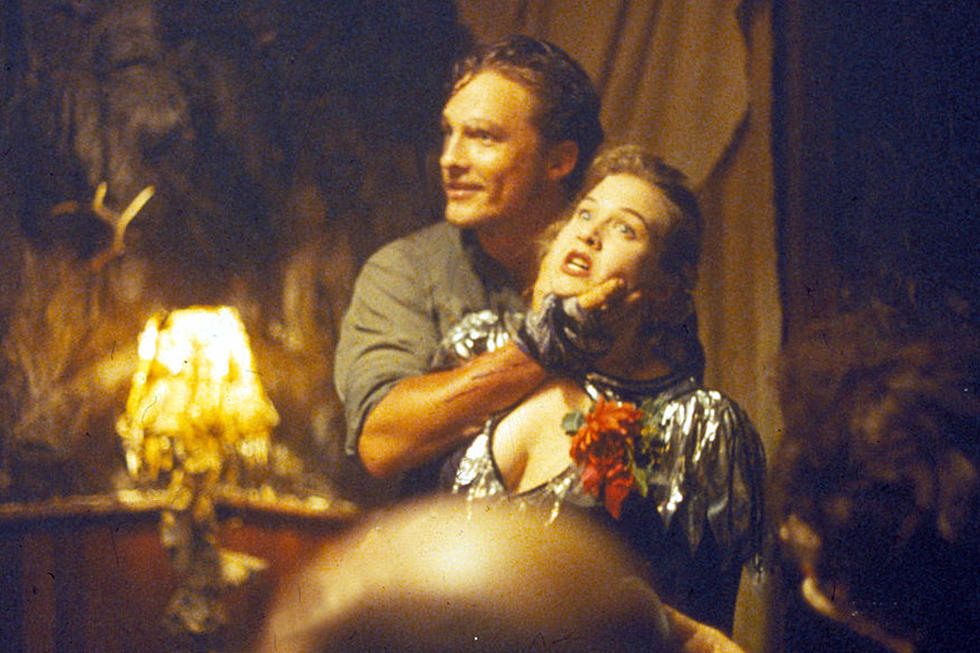 If you’re looking to add a little local flair to your Halloween movie marathon, you’ll want to check out these films and TV series’ that were made right here in Austin, Texas! From traditional horror to some that are simply creepy and/or bloody, here are 10 Austin made films and TV shows that will put you in the mood for Halloween.

The Robert Rodriguez-directed thriller about high school students who suspect their teachers are aliens stars Josh Hartnett, Jordana Brewster, and a slew of other actors popular in the ’90s. Kevin Williamson wrote the film shortly after he experienced blockbuster success with Scream and I Know What You Did Last Summer. The Texas School for the Deaf serves as the high school in the film, though other exterior scenes were shot in Lockhart.

They say the original is always the best and that’s definitely the case with this series. Though rebooted many, many times, we recommend the 1974 classic about a group of teens in Texas who end up falling victim to a family of cannibalistic psychopaths. The original house from the film no longer exists, but you can visit the Last Chance Gas Station (1073 TX-304). It’s now a joint called We Slaughter Barbecue and features a music venue, movie-themed gift shop, and motel with cabins in the back for fans who want a full horror experience.

Feeling some scary summer vibes at the gas station from #TexasChainsawMassacre. It’s located on HWY 304 in Bastrop.

Texas Chainsaw Massacre: The Next Generation

Yes, we just recommended the original, and we’ll stand by that choice for the best film of the franchise. However, we must include this 1994 film simply because it stars Texas treasures Renee Zellweger and Matthew McConaughey. Unlike the original, the house used in this film does still exist. It’s located on Cameron Road in Pflugerville.

1978’s Piranha is a classic example of a low budget B horror film, one of many that were released following the success of Jaws. Set at a summer resort where flesh-eating piranhas are accidentally released into the resort’s rivers, much of the film was shot along the rivers of Wimberly, Seguin, and San Marcos. There’s also a pivotal scene near the end of the movie that was filmed on Lake Austin, right next to the dam.

Day 44 in 60 Days of Halloween continues Fear of Being Eaten Alive Week (the fear of @mercershark ) with Piranha – a film that has many flaws from a technical standpoint, but still has all of the Joe Dante charm that makes it really enjoyable and highly rewatchable!! Link to podcast in bio. And be sure to support and enjoy all of the horrory goodness going on in Southeast Tennessee over the next few weeks: @fafilmfest in Chattanooga, Oct. 27-28 @knoxhorrorfest in Knoxville, Oct. 18-21 @centralcinemaknox has awesome horror movies playing all month long Cleveland Bradley County Public Library​ is showing a horror movie every Wednesday in October @5dollarfilm and @thegargylepodcast have teamed up to present Family Friendly Fright Night at The Venue Creekside​ – $5 for the film and $5 all you can eat tacos. Oct. 19th is The Gremlins and Oct. 26th is The Monster Squad. #horror #movie #cinema #film #review #podcast #moviereview #Halloween #60DaysofHalloween #FearOfBeingEatenAliveWeek #TheGargyle #TheGargylePodcast #horrorfan #horrorcommunity #horrormovie #Piranha #JoeDante

Written and directed by Quentin Tarantino, the exploitation horror film plays homage to slasher and muscle car films of the 1970s. Death Proof was released in the US as part of a double feature with Robert Rodriguez’s Planet Terror under the collective title Grindhouse. Set in Austin both on and off screen, you’ll recognize the Texas Chili Parlor in a scene where Tarantino and cast take shots.

We can’t include Death Proof without listing its counterpart Planet Terror, as well. In Robert Rodriguez’s addition to the Grindhouse double feature, an experimental bio-nerve gas is accidentally released at a remote U.S. military base in Texas, turning those exposed to the gas into flesh-eating, mutating zombies. The Texas Chili Parlor is again featured in this film, as is Guero’s on South Congress.

Days of Horror Days 10-11 DOUBLE FEATURE!!! Planet Terror/Death Proof (2007) Where do I even begin with these films? They're both great. Robert Rodriguez and Quentin Tarantino have been collaborating in film for like 25 years now, and whenever they work together, the results generally pay off. Both Planet Terror and Death Proof were part of a double feature presentation called Grindhouse (yes, this happened in actual movie theaters like AMC and such) that wasn't limited to independent theaters. Planet Terror is a disaster zombie apocalypse movie, and Death Proof is a slasher movie where the killer is a stuntman driver. Both of these films are extremely different, but they share some of the same cast members and characters, indirectly connecting the two movie universes (perhaps it's an alternate universe). They're both well written, while I'll argue and say that IMO, Death Proof IS the better of the two. Don't get me wrong. I love Planet Terror, but Death Proof has better writing, while Planet Terror prides itself in being an over the top B film. You can't go wrong with these films. They're full of colorful characters, interesting storytelling, great action, suspenseful scenes and AWESOME VILLAINS!!!! They're also both fairly gory and fun, and I recommend watching Planet Terror first since Death Proof is a very chill movie for the most part, but I'll warn you now that if you have bad anxiety, Death Proof will fucking blow your emotions through the roof. I wish I could watch Death Proof over for the first time again each viewing because once you've seen it, the suspense just isn't the same. Planet Terror has a lasting appeal that will excite you with each viewing, but Death Proof will always be the best watching it the first time. Enjoy both movies. I HIGHLY recommend them. #Grindhouse #PlanetTerror #DeathProof #RobertRodriguez #QuentinTarantino #movies #awesome #fun #horror #suspense #film #badass

Machete is an expansion of a fake trailer of the same name published as a part of the aforementioned Grindhouse promotion. More action than horror, the film and its sequel will fill your blood quotient if the two films listed above just aren’t enough for you. You’ll spot the Texas State Capitol, St. Mary’s Cathedral on 10th Street, and the Frost Tower in the film, though most of the scenes were shot at Trouble Maker Studios.

“From Dusk Till Dawn” (TV Show)

The film From Dusk Till Dawn wasn’t shot in Austin, but the El Rey television series was. Expanding on the chronicles of the Gecko Brothers, the American horror TV series ran for three seasons. You can currently watch all 30 episodes on Netflix. And who doesn’t love a good Netflix binge as the nights get colder?

The Gecko boys are back in town in #FromDuskTillDawn, Season 3! Coming this fall to @ElReyNetwork.

One of the most recent projects shot in the Austin area, “The Walking Dead” spinoff relocated to Austin for season four of the zombie-centric series. You’ll spot the Dell Diamond, Volente Beach Water Park, the now vacant Brackenridge Hospital, and many more Central Texas locations, as the group fights for their lives in and around the rapidly decaying city of Austin. Check out more of the local filming locations utilized on the series here.

So this one is not technically horror, but it will most definitely creep you out. Season two of the HBO series was shot in Lockhart, and it’s all kinds of weird, just like our fair city of Austin. Fair warning, in case you don’t know, the series’ most burning question will never be answered: what happened to all those people who went missing? Like many scary movies, they leave you guessing. 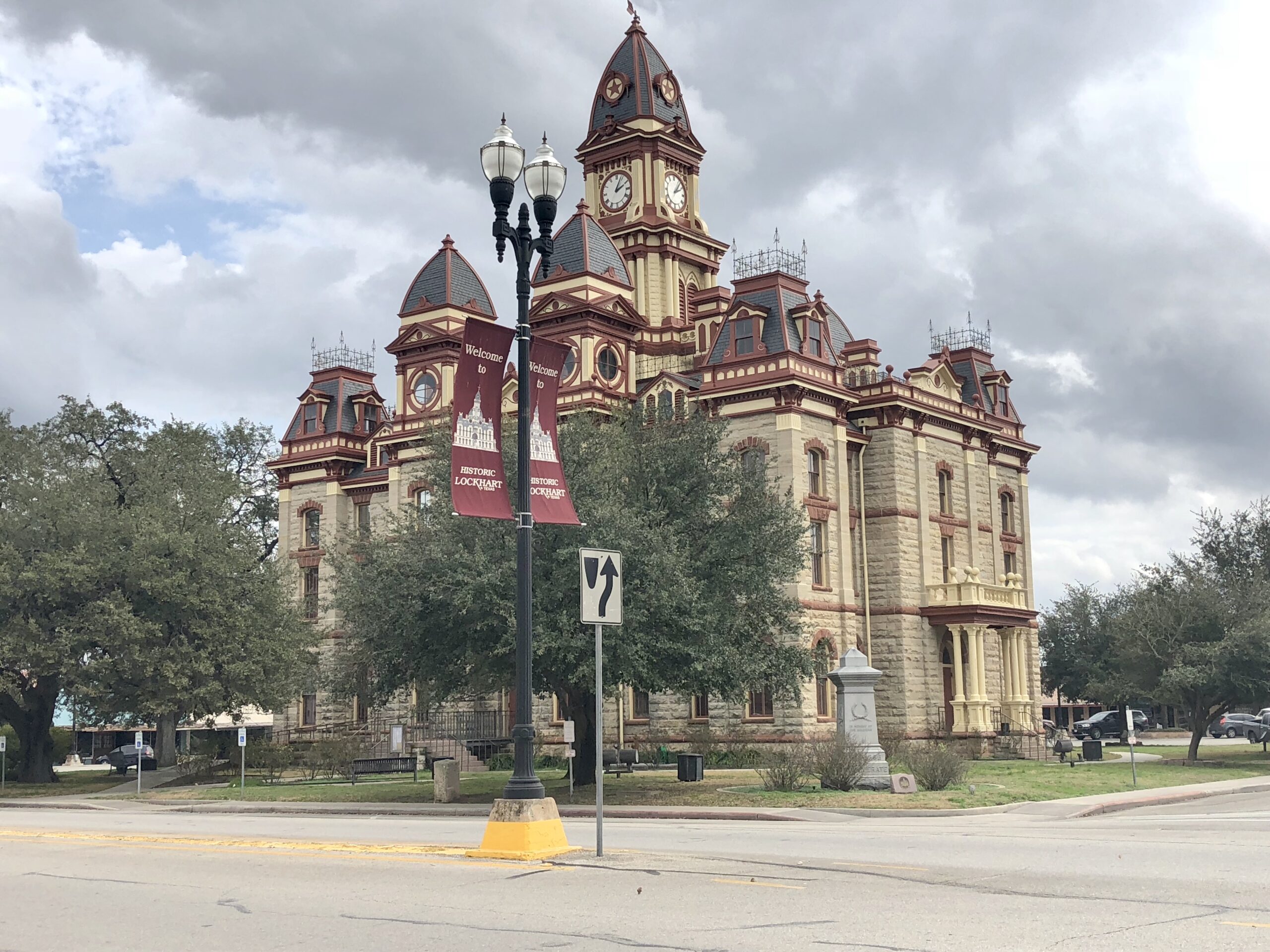 And if all of these options just aren’t enough, you can host an epic binge-a-thon with “Supernatural.” Though not actually made in Austin, it does star two of our favorite new Austinites, Jared Padalecki and Jensen Ackles. However, if you decide to go this route, we suggest getting started STAT. The CW series is currently in its fifteenth and final season! That’s a whole lot of episodes.

How it all began. #Supernatural’s final season premieres tomorrow at 8/7c. Stream free next day only on The CW App. #SPNFamilyForever

The sci-fi film Time Trap isn’t necessarily scary either, but it’s definitely a thriller. The plot goes something like this: After a professor of archaeology goes missing during an excursion to a cave near Austin, a group of his students set out to find him. As they enter the cave in the Texas desert, the students realize that they may have found a place that breaks the rules of both space and time. According to our review at the time of release, this is definitely a movie that fans of hard-core science fiction will be delighted by, as well as residents of the Austin area where it was filmed. You can read more of that review here.

The Austin shot sci-fi film Time Trap is out on digital and VOD today. Much of the film was shot in a cave on private property in the North Austin-Round Rock area. When it screened at the @AustinFilmFest in 2017, our review stated, "What’s most clear from this entertaining indie adventure is that there is some real talent in these budding filmmakers. Their efforts deserve a bigger budget next time around." You can read more of our review on http://Austin.com #timetrap #austinfilm #madeinaustin #austinmade #film #movie #review #igaustin #Austin @timetrapmovie @fosterben Photo via @timetrapmovie

Want more Austin area film info? You May Also Be Interested In: