Austin Is The Real Breakout Star Of Terrence Malick’s ‘Song To Song’… Or Is It?

Six years after shooting began, Song to Song finally graced the screen as SXSW 2017’s opening night film. While some critics call Rooney Mara the star of the film, it’s the backdrop of Austin that we love the most. Much of the film is shot in the natural setting of Austin’s music festivals: Austin City Limits, Fun Fun Fun Fest, and SXSW.

Following the screening, Ryan Gosling joked that the Paramount was probably the only location they didn’t shoot in.

Ryan Gosling on what it's like to shoot with Terrence Malick #sxsw #songtosong pic.twitter.com/56Jvc89cIi

At the SXSW premiere, elusive director Terrence Malick skipped the red carpet and Q&A following the film while Michael Fassbender and Mara quickly waved to fans as they beelined for the red carpet. 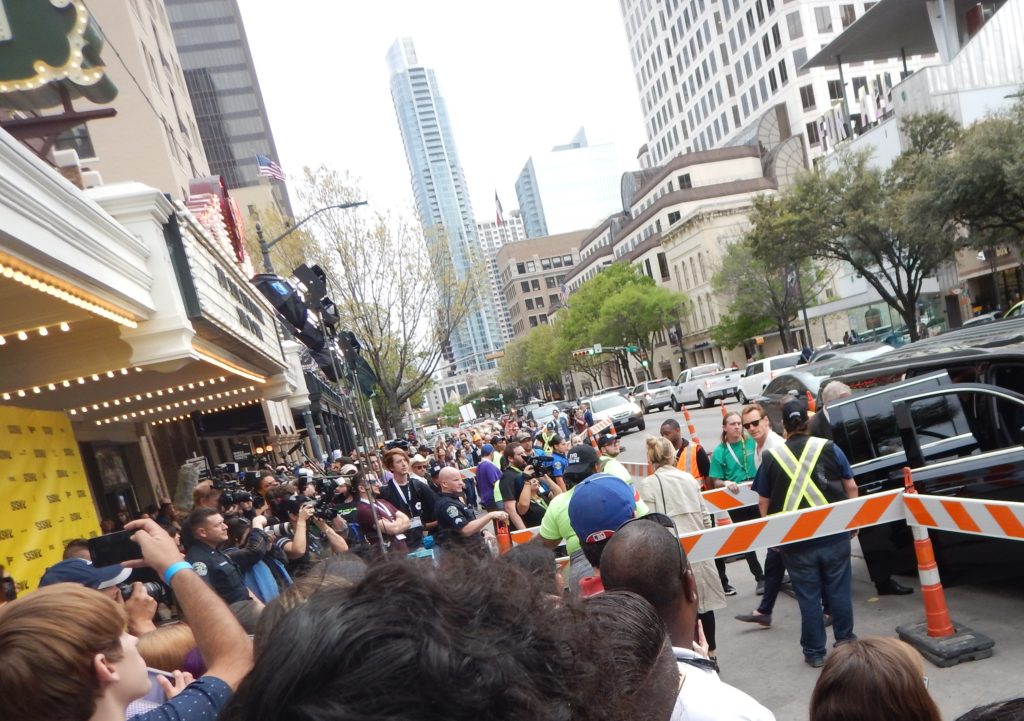 Ever the gentleman, though, Gosling took a minute to sign merch and pose for fans.

Hey girl, you got a picture with Ryan Gosling!

Val Kilmer had originally tweeted that he would be in attendance, as well, but there was no sign of him in the ATX. However, he did post a couple tweets about his co-stars.

Hear me-These 2 nobody's are going places. U heard it here first. Theyre not much to look at but boy can they act. My buddies in #songtosong pic.twitter.com/kKocf0V1sf

According to Fassbender, while speaking at a panel the morning after the screening, many of Kilmer’s scenes were cut from the film.

Fassbender on improvising and how powerful it was to work with Val Kilmer, who shot lots more that was unfortunately cut#sxsw #songtosong pic.twitter.com/XDtqfsYqsq

Richard Linklater hosted the conversation with Fassbender and Malick where they expanded on the shooting process and talked about how much film they actually shot.

“We had an eight-hour first cut,” said Malick. “We have enough footage to piece together another picture.”

Fassbender: "I'll be acting my ass off and I'll look over there and Terry would be shooting a beetle." Huge laughs#SXSW pic.twitter.com/wjYI7Y3hpx

The film also features Natalie Portman, Holly Hunter, Cate Blanchett, Lykke Li, and Berenice Marlohe, who walked the red carpet before the screening. Portman sent a note via producers saying she couldn’t attend due to the recent birth of her daughter. No surprise there.

What is surprising is that no musicians from Austin were used in the film. Iggy Pop, Johnny Rotten, Big Freedia, and Patti Smith all have moments on screen, but no Austin based musicians are featured. And, while the movie is described as a modern love story set against the Austin, Texas, music scene, there isn’t any reference to Austin in the dialogue.

Reviews are mixed, with most highlighting the artistry but panning the purpose of the story.

You can decide for yourself whether it’s a hit or miss when Song to Song opens nationwide on March 17.