Update 2: Time Trap was added to the Netflix lineup in September 2019.

The sci-fi film, Time Trap, from co-directors Mark Dennis and Ben Foster, is one of those films that feels very much inspired by classics like Terminator or Robocop. Even though it was filmed in Austin, Time Trap is unfortunately so much of a genre movie that it suffers from the obvious lack of financial backing. Even so, this is an enjoyable indie adventure for sci-fi fans, especially if they live in Austin. 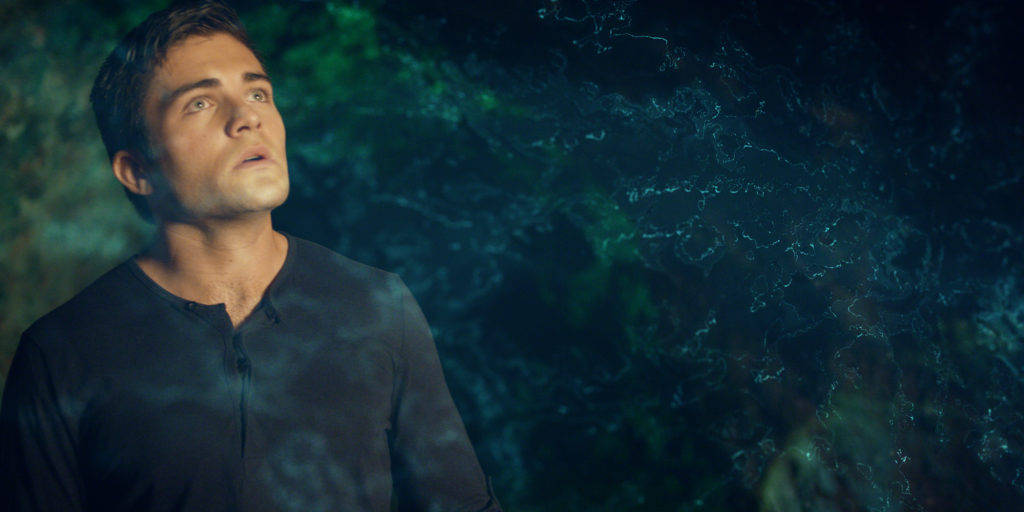 The plot goes something like this: After professor of archaeology Jason Hopper (Andrew Wilson) goes missing during an excursion to a cave near Austin, a group of his students set out to find him. As they enter the cave in the Texas desert, the students realize that they may have found a place that breaks the rules of both space and time.

Saying anything more about the story of Time Trap would be a great disservice to the wild science fiction ideas of the movie. It is genuinely impressive that filmmakers Dennis and Foster had such a delightfully bonkers reimagining of the concept of time travel and that they were able to put those ideas on screen, even if the effects aren’t that convincing.

If they had a bigger budget, these segments likely would have done a better job at helping to suspend the audience’s disbelief. They may have even been able to bring in more experienced actors, although Brianne Howey as the bubbly and intelligent character Jackie is fun to watch.

This is definitely a movie that fans of hard-core science fiction will be delighted by, as well as residents of the Austin area where it was filmed. But if you’re hoping for something closer to a Hollywood production, look elsewhere. What’s most clear from this entertaining indie adventure is that there is some real talent in these budding filmmakers. Their efforts deserve a bigger budget next time around.

Check out the trailer below:

Time Trap premiered at the Austin Film Festival on October 28, 2017, and will be screened again on November 1. A Q&A with the co-directors and actors will follow, so don’t miss out if you’re into local cinema!