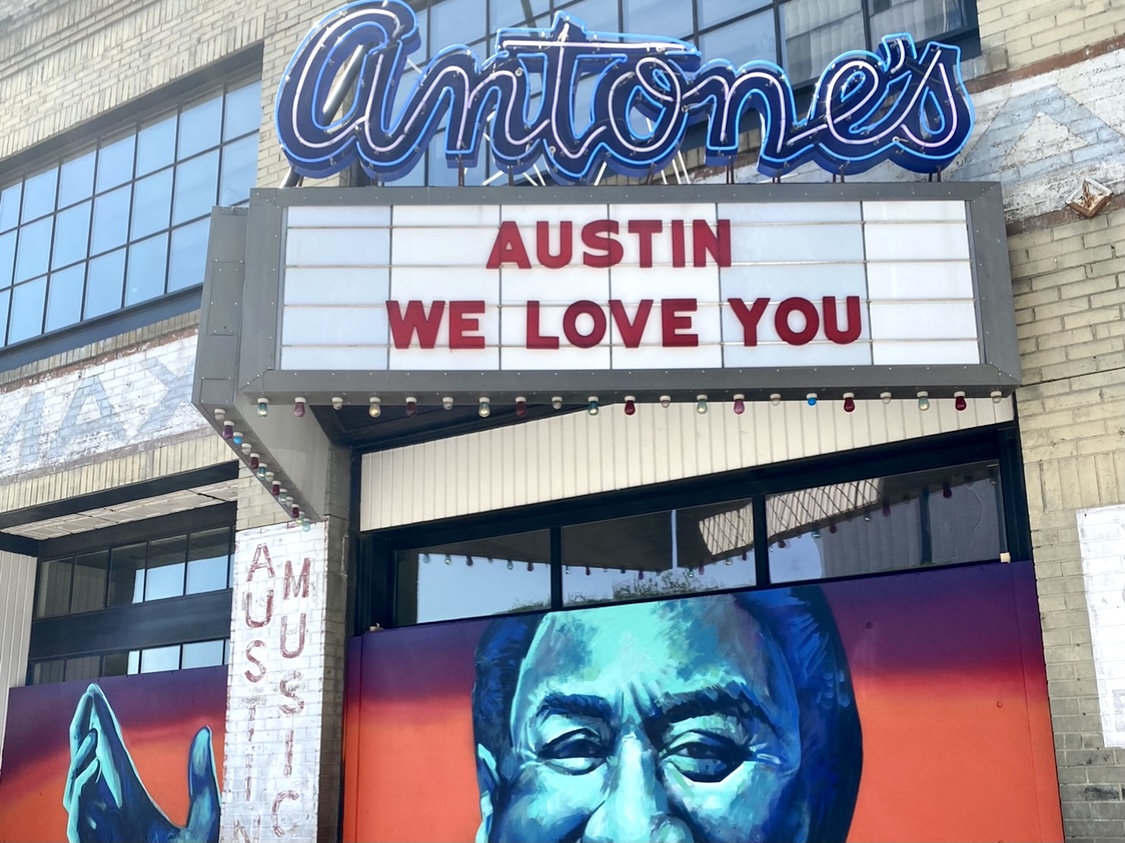 Austin, officially known as the live music capital of the world, became the capital of Texas in 1839. It’s the fourth-most populous city in Texas, and the 11th-most populous in the world. As of 2010, Austin’s population was almost at one million residents. It’s bubbling with craft beer, sports, brunch, kayaking, and more.

The ATX has become home to tons of individual landmarks. Whether you’re moving to Austin, coming for a visit, or have lived here for years, let this list be your guide to the most unique landmarks in town.

Here are 11 of the most amazing Austin landmarks!

The Congress Avenue Bridge takes our top spot on this list for a few reasons. The first – we think the Congress Bride has one of the best views in the city. In one direction, you have Lady Bird Lake scattered with kayakers, paddle boarders, and rowers. In the other direction, you have the ever-changing cityscape view with modern architecture. In another direction, you have South Congress and its unique shops and nightlife. Additionally, you can view one of the more interesting sights of the city, the Austin Bats. The Congress Avenue Bridge is home to millions of bats and each evening, between March to fall, they take flight at dusk. Each side of the bridge has a wide sidewalk so you can take in the sights at your leisure.

An iconic hotel in Austin, the Driskill sits on Sixth Street in the downtown area. Opening in 1886, this Romanesque-style building is the oldest operating hotel in Austin and one of the most well known in Texas. The interior is lavish, with a grand ballroom, quaint cafe, dimly lit bar, and many rooms. Superstitious visitors beware – the Driskill is also one of the most well known haunted hotels in the country.

Interested in spending the night at the Driskill Hotel? Prep yourself with our Stay Overnight At The Most Haunted Hotel in Austin post!

Austin is the capitol of the state of Texas and it is worth a trip! Built in 1885, the capitol is the sixth-tallest capitol in the country and sits on a hilltop overlooking downtown. The Italian Renaissance Revival style is a stunning site with its red granite and more than nine hundred windows. The capitol sits on 22 acres featuring many statues and monuments.

Think you know everything about the state capitol? Check out our post, How Much Do You Really Know About The Texas State Capitol? to test your knowledge!

Home to large music festivals like Austin City Limits and Blues on the Green, Zilker is a 351-acre metropolitan park that sites in the middle of the city. Named after its donator, Andrew Jackson Zilker, the park is considered “Austin’s most-loved park.” On any given day of the week, you can find picnic-ers, dogs chasing Frisbees, pickup soccer games, and hammocks all throughout the park. The views of the park are of downtown Austin, making it one of our favorite places in the city.

Spend an entire day at the park with our guide to Zilker Park!

Also known as Covert Park, Mount Bonnell provides the most beautiful views of Lake Austin. Rightfully so, this lookout point has been a popular tourist destination since the 1850s. Once you climb the 102 stairs (sneakers recommended!) you can view the lake at 775 feet. And like almost all of Austin, you can bring your pup.

‘I Love You So Much’ Mural

Bright green and red, this adorable mural is located on the side of Jo’s Coffee on South Congress Avenue. A very popular spot for Instagram-worthy photos and even marriage proposals, this mural is perhaps Austin’s most well-known. In 2010, local musician Amy Cook grabbed a can of red spray paint and proclaimed her love to her partner and owner of the coffee shop, Liz Lambert. The simple love letter is now famous and sees tons of visitors everyday.

Country music fans have been enjoying the music of Willie Nelson for decades. The iconic star moved to Austin in 1972 and has lived here ever since. In 2010, a bronze statue was created to capture the artist’s “humor and humility.” The larger than life size statue sits right out front of Austin City Limits Moody Theater for all to see, as the singer touts a guitar, braids, and a vest. Additionally, the city renamed that section of Second Street to Willie Nelson Boulevard.

Learn more about the singer and guitarist in our Why Willie Nelson is the Most Patriotic Celebrity in Austin post.

Connecting the northern and southern sections of Loop 360 is the Pennybacker Bridge, a stunning arch bridge built in the 1980’s. The giant, steel bridge sits over Lake Austin and has one of the most picturesque spots in Austin. Once you make the easy climb to the lookout point, you can take in the views of the Hill Country and the downtown skyline.

For more information about the bridge, check out our post Everything You Need to Know About Pennybacker Bridge.

One of our favorite murals in town is the ‘Greetings from Austin’ mural off South First Street on the side of Roadhouse Relics. This giant postcard like mural was painted by owner of Roadhouse Relics, Todd Sanders, and his friend Rory Skagen in 1998. The mural features famous Austin landmarks like Congress Bridge Avenue, the capital, University of Texas, Barton Springs, and more.

Get in some exercise while taking in the views of the city along the Boardwalk at Lady Bird Lake. Built in 2008, the pavement lined trail stretches over the lake, adjacent to the city. While strolling the boardwalk, you can find 36 cast bronze, western-style belts integrated into the railings of the boardwalk. Commissioned by Ken Little, each belt holds song lyrics from famous Texas singers and songwriters.

For all you need to know about the trail, check out our post Lady Bird Lake Boardwalk.

Standing at the edge of Auditorium Shores in Austin is a life size statue of one of the most iconic and influential musicians in the history of blues music. Stevie Ray Vaughan, who is also considered one of the greatest guitarist of all time, lived in Austin for most of his adult life and formed his band, Double Trouble. The statue of the musician was crafted in 1994 by Ralph Helmick and has become a very popular tourist site.

And here’s one more iconically Austin thing just for fun!

For more fun and unique spots in Austin, check out these posts!