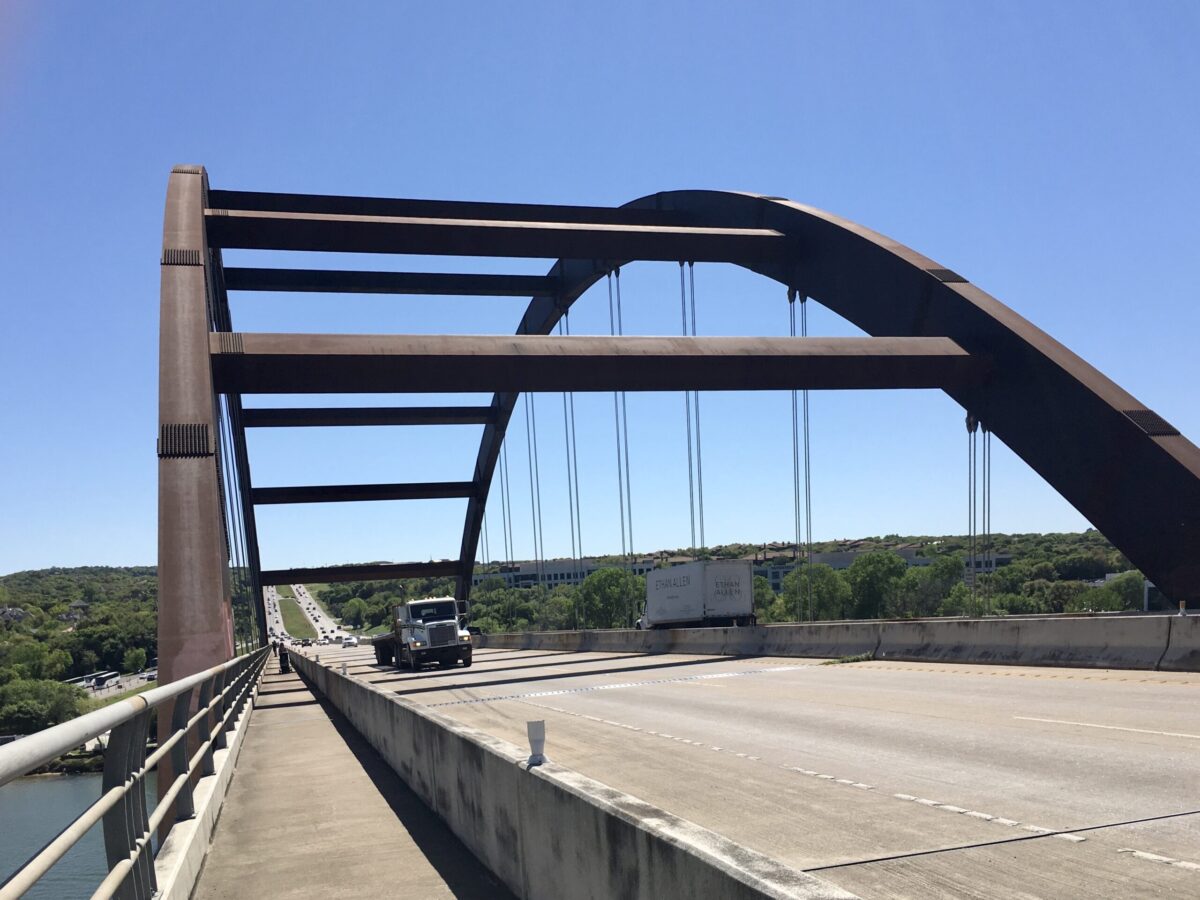 Pennybacker Bridge is not only an iconic landmark in Austin, Texas, but the only bridge in Hill Country that allows drivers over the Colorado River. Originally constructed and open to traffic in December of 1982, the bridge is located on Loop 360 Highway and connects the northern and southern sections of the highway, providing one of the most scenic views over the lake.

The Pennybacker bridge is one of the busiest bridges, allowing over 50,000 cars over the bridge everyday on its four lane strip. Bicyclists and pedestrians also cross the bridge as there is a wide lane on either side. Vertical clearance for the bridge is lower than most bridges at 100 feet, but with the biggest boat on the lake being a houseboat, vessels can easily pass through.

Unlike most bridges, Pennyback Bridge has complete clearance underneath it, so boaters can freely drive through without hindering water sports. The bridge features 72 steel cables to suspend the bridge and when it opened in 1982, it was only the second bridge in the world to use that arizhetucural design.

Because Pennybacker Bridge is tucked into the rolling hills of Texas Hill Country, designers and architects designed the bridge to blend in with its surroundings, having a weather rust finish. The steel for the bridge was manufactured in Japan and the bridge structures were fabricated in Korea. All pieces were shipped on a giant freighter to Houston, then trucked to Austin and erected by Bristol Steel from Bristol, Virginia. The roadway surface is built from 3,400 tons of concrete. After all was said and done, the bridge cost $10 million to build.

Pennyback Bridge is named for Percy V. Pennybacker, a Texas civil engineer who pioneered the technology of welder structures, especially for bridges. Pennybacker’s career included working for the Texas Highway Department in the early 1900’s, designing bridges, after he earned his degree from the University of Texas.

There’s a perfect overlook of the bridge accessible by trail that is well worth the climb. The trail up to the overlook begins in the parking area on the west side of the road, just north of the bridge. Head into the woods where the trail turns south, and then immediately starts climbing the cliff. The trail is a fairly easy 10-minute walk on an informal path. Here are a couple tips before you head to the bridge.

Wanting to get outside and explore Austin? Check out our list of more activities: