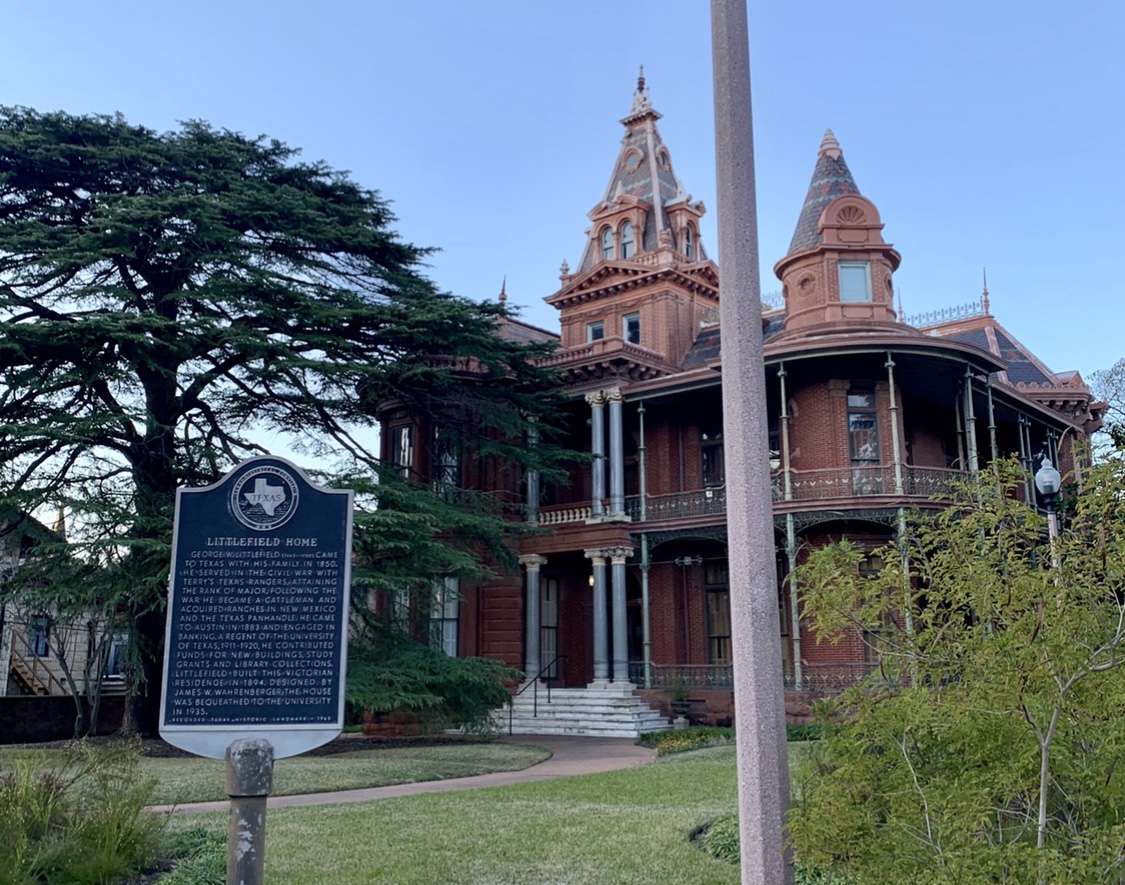 The Littlefield House is the oldest building on the University of Texas campus so it’s no surprise that it’s rumored to be one of the most haunted places in Austin.

The home was built by Civil War soldier and banker George Washington Littlefield in 1893. According to his great-great-grandson, this KVUE story states that the home was built for $300,000 using bricks imported from St. Louis and mortar mixed with quartz to give the house a “sparkly” effect from the outside.

After Littlefield’s wife Alice died in 1935, the house became property of the University of Texas. It’s now used to host events and for office space.

The rumors it is haunted have been circling for years. While Littlefield’s descendant Dr. David Gracy says he can’t confirm whether it is haunted, there is one thing he wished to clear up in the KVUE interview. “The made-up stories that he [Littlefield] imprisoned Alice in the attic, there was nothing that was even … that is simply no concept,” said Gracy.

The most believable legend of the house involves a portrait of Littlefield. It is said that his left eye follows you wherever you go.

Others have reported ghost sightings, unexplained bumps in the night, and the granddaughter of a staff member said her grandmother had the aroma of a ghost from working in the building. Workers also say they have Alice Littlefield playing the piano during late night hours and others say items have been moved from one area to another without their knowledge.

Looking to stay in the most haunted hotel is Austin? Check this out!