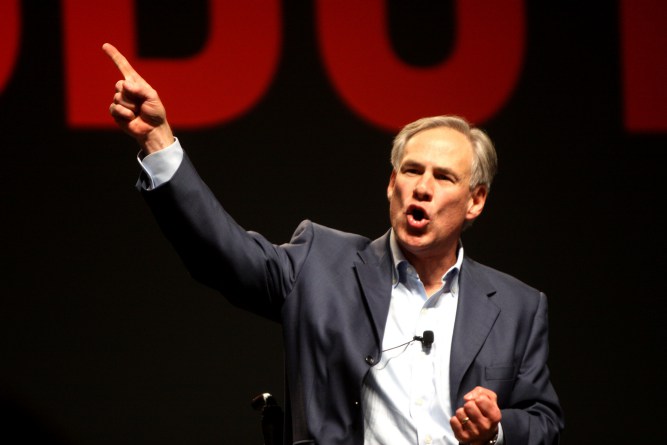 Governor Gregg Abbott wasn’t too big of a fan of some of the things that President Obama had to say during his SXSW keynote last Friday, particularly the part about the state’s culpability in its low voter turnout numbers (currently at #46 in rankings of state voter turnouts). He spoke against the argument that things like same day and online voter registration aren’t secure. “It’s not insecure, it’s done because the folks who are currently governing the good state of Texas aren’t interested in participating more people participate.” According to KUT, Obama has been vocal about his dislike for voter ID laws like the ones that Texas passed in 2011.

Abbott was not happy with this criticism and responded by saying that, “We don’t want to open the system up to methodologies or ways of voting that would promote or allow voter fraud…To the contrary to the president’s comment, the fact is — despite our voter registration laws — we had the highest level of turnout than ever before in the primary that occurred just a few weeks before he made that comment.”

KUT points out a few of the inaccuracies in that comment and the general idea that Texas has a rampant voter fraud problem:

While Texas did witness historic voter turnout in the 2016 primaries, the state still had one of the lowest voting-age participation rates of the states that have held primaries so far at 21.5 percent, besting only Louisiana as of last week.

As of last year, there had been a total of 85 election fraud prosecutions resolved in Texas, including 51 guilty or no contest pleas and 9 convictions, according to PolitiFact. Lorraine Minnite, a Rutgers professor and author of the book The Myth of Voter Fraud, determined that four cases in Texas from 2000 to 2014 involved in-person voter fraud.