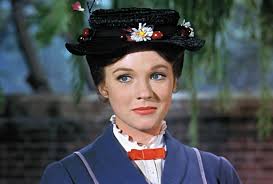 Remember When SpongeBob Devoted An Entire Episode to Texas?

This meme came across our feed this week and it sent us on a search for the best SpongeBob episode there ever was. The episode about Texas, of course.

Here’s the episode synopsis, as published on IMDB: Sandy comes down with a case of the blues and SpongeBob is determined to find out why and what he can do about it. The cure proves a little more challenging than expected when it turns out Sandy is homesick for ‘good ‘ol Texas’ and plans to go back home. SpongeBob and friends decide to bring a little bit of Texas right to Bikini Bottom.

Here’s Sandy’s Texas song from the episode, which is based on Hank Williams, Sr.’s number one hit, “Long Gone Lonesome Blues.”

It’s later revealed if you insult Texas in front of Sandy, she will lasso you up like any good Texan would. SpongeBob and Patrick learned that the hard way.

The Texas episode can be found in Season 1, episode 18A. You can stream the episode with an Amazon Prime membership right here: SpongeBob SquarePants Season 1, Episode 18: Texas/ Walking Small

Looking for more things you can stream?
Check out these options: