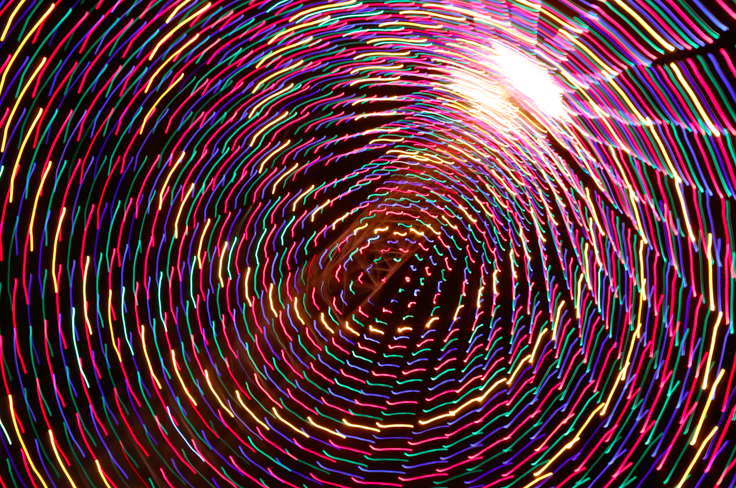 Most Recognizable Moonlight Tower of Them All – Zilker Holiday Tree

Austin Energy crews are installing the 155 foot-tall Zilker Holiday Tree on the most recognizable moonlight tower of them all. Get inside and twist, turn and swirl…the vibrant and festive colors and patterns will amaze you!

Moonlight Towers are lighting structures designed to illuminate areas of a city at night. The towers were popular in the late 19th century in cities across the United States and Europe, and they were most common in the 1880s and 1890s. In some places they were used when standard street-lighting, using smaller, shorter, and more numerous lamps, were impractically expensive. In other places they were used in addition to gas street lighting. The towers were designed to illuminate areas of several blocks at once. As incandescent electric street lighting became common, the prevalence of towers began to wane.

When first erected, the towers were connected to electric generators at the Austin Dam, which was completed in 1893 on the site of present-day Tom Miller Dam. In the 1920s their original carbon-arc lamps, which were exceedingly bright but time-consuming to maintain, were replaced by incandescent lamps, which gave way in turn to mercury vapor lamps in the 1930s. The mercury vapor lamps were controlled by a switch at each tower’s base, but during World War II, a central switch was installed, allowing citywide blackouts in case of air raids. 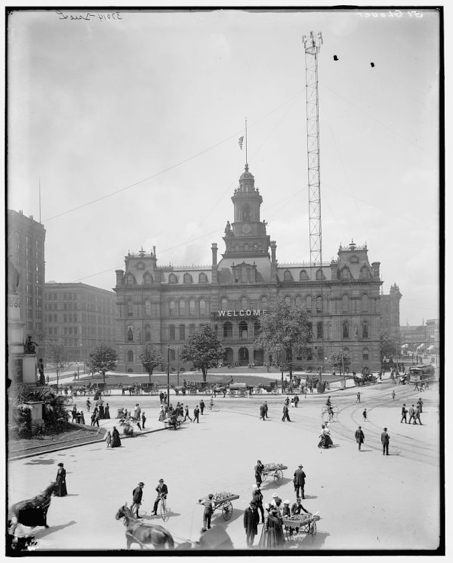 First installed in 1894 to provide Austin with its first urban lighting system, the moonlight towers have become synonymous with Austin Energy’s almost 120-year history of providing public power to the community. Only 17 of Austin’s original 31 moonlight towers remain and are the only working moonlight towers in the world. They became Texas State Landmarks in 1970 and six years later they were added to the National Register of Historic Places on July 12, 1976

Over the years, the moonlight towers and the Zilker Holiday Tree – first installed in 1967 – have become Austin icons and a cherished part of the community’s culture.

The moonlight towers were last restored between 1993 and 1995 in preparation for Austin Energy’s centennial celebration in 1995.

This will be the 48th year in a row that Austin Energy crews transform the moonlight tower in Zilker Park into the Zilker Holiday Tree to signal the start of the holidays. The tree is bedecked with 39 streamers each containing 81 red, yellow, green and blue bulbs. The strategic placement of the yellow bulbs on each string gives the tree its distinctive and dizzying swirl pattern. The tree is adorned at the top of the tower with two stars containing 75 frosted bulbs each. 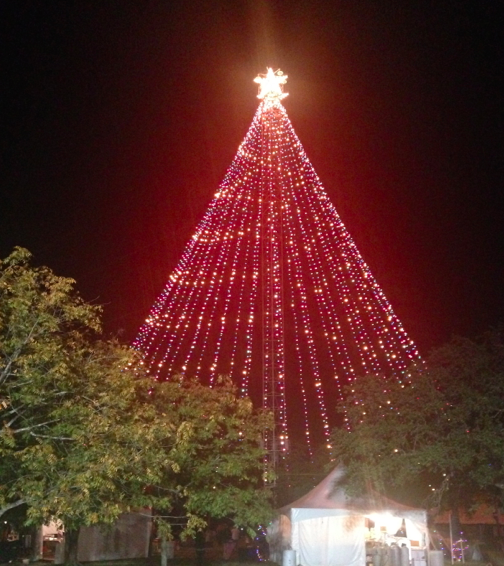 The tree will be lit this year on Sunday, November 30th, during a FREE ceremony and event that starts at 6pm, and it will stay lit from 6 p.m. until midnight every night until the end of the year. The winners of a children’s Zilker Holiday Tree art contest, which is sponsored by the Austin Parks and Recreation Department, will have the honor of lighting the tree.

The contractor starts work restoring the towers this month and will restore about five each year until they are all restored in the next three years.

Because the moonlight towers were added to the National Register of Historic Places in 1976, precise work and care must be taken during the restoration to ensure each of the towers is restored to be nearly identical to the original so that the community’s legacy can continue to live on.