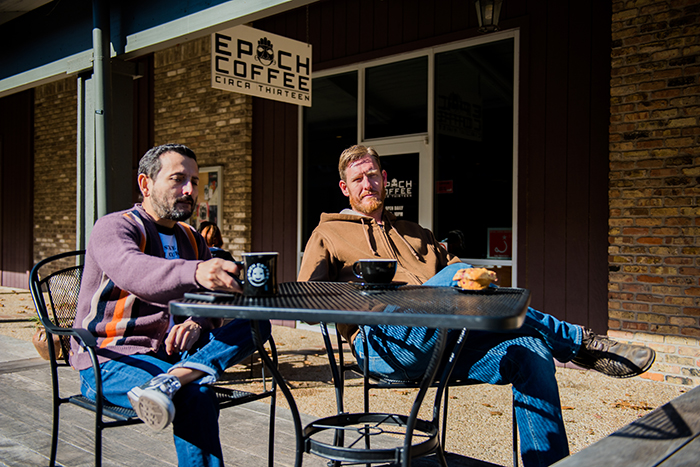 If you’ve spent any time in Austin, you know that we Austinites are unapologetic about our obsessions with live music, barbecue, and tacos. We also freaking love rescuing animals, exploring nature, and partying hard. It’s nothing new.

But unless you’ve been here a while, you probably haven’t discovered our secret passion: really really good coffee. There are about a zillion coffee shops and coffee-focused trailers scattered throughout town, but in our minds, one stands out among all the rest. Say hello to Epoch Coffee.

(Also: Make sure to check out p. 2 of this article for a special Austin.com reader discount!)

Pronounced “Eh-pic” — not “Ee-pawk,” although most customers have adopted that pronunciation — Epoch has been around since 2006 when three friends and local baristas, Kevin Garry, Joe Rodriguez, and Chris Clarkson, teamed up with a mission to keep Austin caffeinated in non-robotic, non-pretentious fashion. 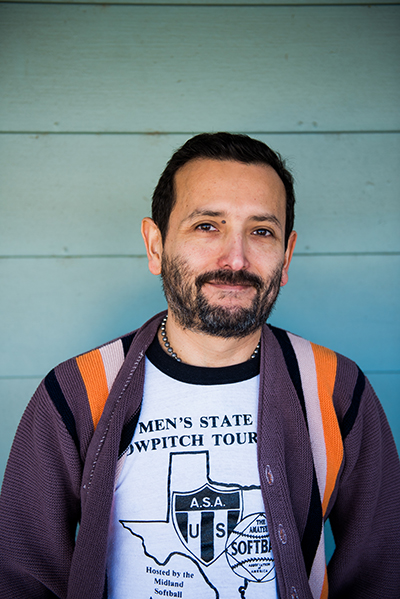 “We built our business on a principal of family and we focus that into building the team into a group we will do anything for,” said Garry, an Austin native with hill country roots, while sipping one of Epoch’s cinnamony lattes from the back patio at the company’s Village location. “Our baristas stay with us for a long time.”

“We are an old-school, up all night, counter-culture, gritty coffee shop and yet maintain a strong energy for high-quality, specialty coffee,” added Rodriguez, a South Texan who relocated to ATX after serving in the U.S. Army. “We want to bridge the gap between serving a tasty and beautiful drink made by someone who knows and loves their craft, and providing a comfortable and giving environment.”

Beautifully, Epoch maintains not one but two local locations, with a possible third venue in East Austin coming soon. Epoch @ North Loop came first to provide service industry workers, coffee shop lifers, and post-secondary and graduate students a low key space in which to study and unwind. Epoch @ The Village on West Anderson Lane opened in 2013; its sleek design attracts professional clientele and has provided the company with a credible platform upon which to expand their specialty tea program.

What’s even better is that both of the company’s current cafes are open daily and open late. Epoch @ The Village, which uses beans from Ritual Coffee Roasters, is open from 7 a.m. to 10 p.m. and Epoch @ North Loop serves up caffeinated Wild Gift-infused goodness every day, all day.

(Remember: Make sure to check out p. 2 of this article for a special Austin.com reader discount!)

You’ll find the usual variety of coffee drinks on the menus at both shops, but keep in mind that these espresso wizards also make killer ice-brewed toddy coffee and Iced Mojos — a nod to the late coffeehouse Mojo’s Daily Grind, which was run by friends on Guadalupe. Additionally, Epoch partners with the geniuses at East Side Pies to serve mouthwatering pizzas by the slice and offer a wide selection of locally-made pastries and deli fare to boot. 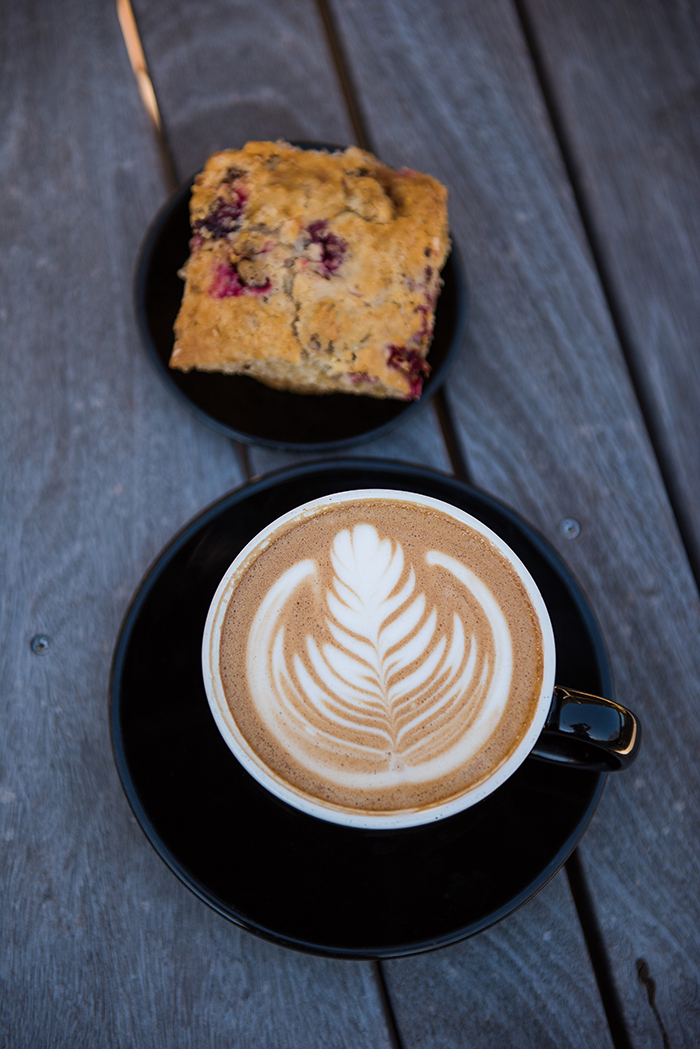 A latte and cranberry orange muffin from Epoch @ The Village.

Considering the success of their humble yet successful coffee empire, we asked Garry and Rodriguez if they had any advice to share with budding entrepreneurs. Their answers both were both profoundly relational, speaking to their commitment to stewarding genuine human interactions and loving their work.

“The people you work with, be it your business partners, vendors, and certainly your employees, make all the difference,” said Garry. “Surround yourself with good people and success becomes something that isn’t measured simply by revenue.”

“It’s a good feeling to want to fix or replace a table so that the people you love — your customers — will enjoy their time here,” added Rodriguez. “Having that attitude is much more satisfying than fixing the table ‘because you have to.'”

With all this in mind, the next time you’re thinking of heading over to Starbucks for a caffeine fix, consider stopping by Epoch instead. It will be epic. Promise.

- May 20, 2020
These Are The Best Restaurants To Grab BBQ – To Go So You Can Have a Tasty Memorial Day Weekend In Austin

Spend your Memorial Day with your family and delicious BBQ from our favorite BBQ spots in Austin.
- May 19, 2020
Here’s How To Get Out Of The House in Austin And Still Be Socially Distant

Let us introduce you to five incredible Austin based photographers. We've selected pictures we think best represents each artists prespective of Austin.