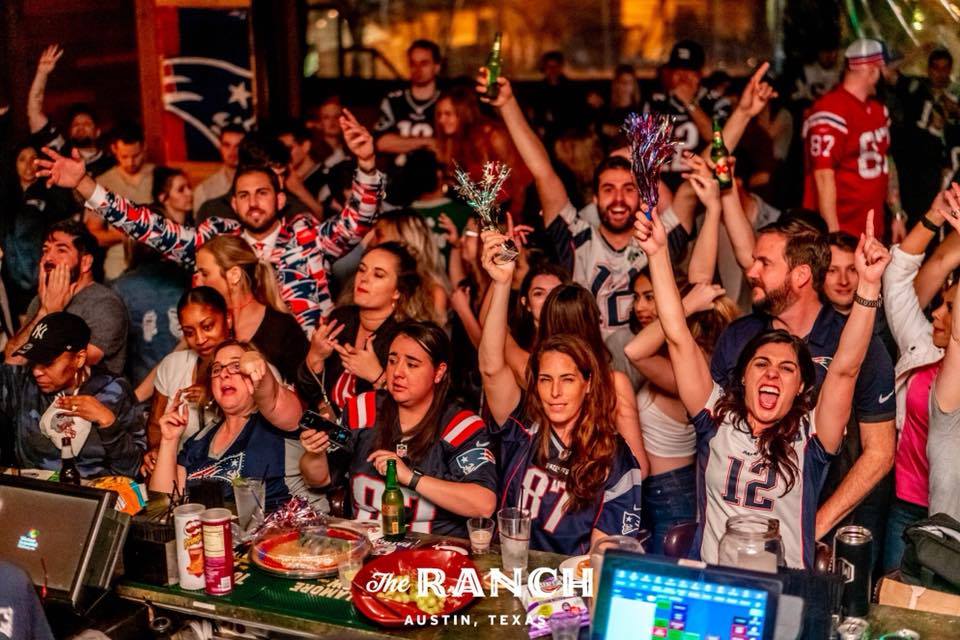 Another NFL season is almost underway, making our Sundays, Mondays, and Thursdays a whole lot more entertaining. With so many transplants from all over the country, from students to tech workers, along with the fact that Austin doesn’t have its own pro football team, a lot of teams across the AFC and NFC are represented by fans in the ATX. So, where to watch NFL football in Austin? That is the question!

While there are lots of options listed in this guide, there is one that stands above all the rest. When in doubt, we suggest spending your football day at Rusty Cannon Pub. This south Austin gem has plenty of TVs showing all the games, very reasonable beer and liquor prices (with service industry discounts every day!), and their selection of bar food is impossible to beat south of the river (brunch on Saturdays and Sundays, too).

Brought to you by Rusty Cannon Pub! 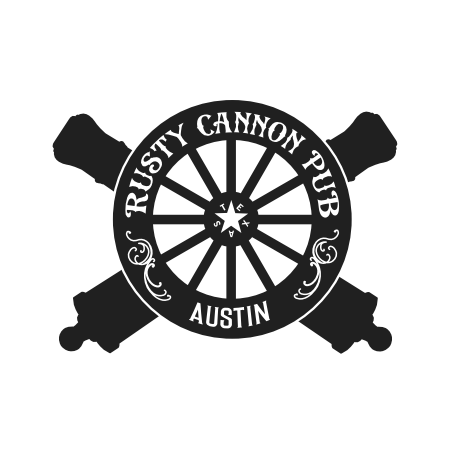 Miami Dolphins fans don’t seem to have a specific place to rest their fins this season, but if you’re not looking to float around to different places, find your own home at Rusty Cannon Pub (730 West Stassney Lane).

New York Jets fans also seem to be without a home base for 2019.

Parlor & Yard (601 West Sixth Street) is where you’ll find a huge gathering of the Austin Buffalo Bills Backers — they’ve added more shade and fans so the Texas heat isn’t quite so bad for the watch parties. A smaller group can also be found at Nickel City (1133 East 11th Street), which will be kicking off the Bills’ season with a huge tailgate party.

It's not over until it's over!

Denver Broncos watchers will feel right at home at The Local Pub & Patio  (2610 Guadalupe Street) — the owner of the bar is also a diehard Broncos fan and a member of this Meetup group who gathers there. You can also find the Broncoholics on Facebook.

Kansas City Chiefs fans can mingle with other arrowheads at The Tavern (922 West 12th Street). Those up north can also join others from this Meetup group at 3rd Base in Round Rock (3107 South IH 35, Round Rock).

The Los Angeles Charger contingent of fans has a new home in LA and a new, permanent watch spot in Austin at Dogwood Rock Rose (11420 Rock Rose Avenue).

The Pittsburgh Steelers Fan Club of Austin meets at The Local Post Pub on Burnet Road (7113 Burnet Road) not to be confused with The Local Pub & Patio — those Broncos fans may throw some looks your way when you walk in with your Steelers jersey. According to organizer Jackie Huba, the Pittsburgh Steelers Fan Club of Austin hosts anywhere from 100-200 fans per game, and they’ve been doing so for more than 10 years now. If you’re looking to stay downtown to watch games, join other fans at Shiner’s Saloon (422 Congress Avenue).

Cincinatti Bengals fans may be wondering Where Dey come game day, since they didn’t have a permanent spot to watch last year. This year is different thanks to Hi5 Watch Parties, Bengals fans have a new home at Aussie’s (306 Barton Springs Road).

Arguably the most dedicated fans in the NFL, fans of the Cleveland Browns somehow have FOUR watch locations in town. Texas Capital Area Browns Backers have settled in at Buford’s (700 West 6th Street) to watch their team hopefully have a better season than the last few. Browns fans can also choose to watch at Green Light Social (720 West 6th Street), Baker Street Pub (we see what you guys did there with that dad joke, I’m sure Mayfield appreciates it) (3003 South Lamar Blvd), or LT Corner Pub in Lakeway (1310 Ranch Road 620) where they offer 10% off of the tab of fans in gear.

Jacksonville Jaguars fans haven’t found a home just yet because they need more fans to settle into their own bar. They’re prowling around town to different bars right now, including having fun crashing the watch parties of their rivals! Check the Austin – Jacksonville Jaguars Watch Party page to see where they are each week.

Of course there are plenty of Houston Texans fans in Austin (yet, sadly, they don’t yet outnumber Cowboys fans), and the Austin Texans Fan Group (currently numbering over 1,700 on Facebook) watch games downstairs at Blind Pig Pub (317 East 6th Street).

The Tennessee Titans contingent has previously watched games at Mister Tramps and Aussie’s, but also don’t seem to have a home for the 2019-2020 season.

Most bars in Austin that aren’t already designated for another team are Dallas Cowboys bars — this is Texas, after all. But specific bars to find some Cowboy love include Dogwood (715 West 6th Street), The Tipsy Pizza (730 West Stassney Ln), Little Woodrow’s downtown (520 West 6th Street), and Mister Tramps (8565 Research Blvd).

The ATX Big Blue Nation is having a hard time finding a home for New York Giants to cheer on their team, so they’ll be wandering around town, as well. Be sure to follow them on Facebook to see where they’ll be watching each week.

The Austin-Philadelphia Eagles Watch Party is at Key Bar (617 West 6th Street) this year, where fans will find plenty of flags, inflatables, and banners to welcome them, along with $15 buckets of Dos XX.

Arizona Cardinals fans are without a home base this year, thanks to Red’s Porch Quarry location closing.

You’ll find the official Seattle Seahawks Booster Club, The Austin, Texas 21s, cheering loudly at Common Interest Karaoke Bar in North Austin. There they have an amazing staff and an entire wall of the venue dedicated to the Seahawks and their fans.

Also, if you’ve ever walked around West 6th St during football season, there’s no way that you’ve missed that Little Woodrow’s downtown (520 West 6th Street) is a tried and true Seahawks bar.

Barzon at Takoba (1411 East 7th Street) is the new home to fans of the Los Angeles Rams and San Francisco 49ers fans will be settling in at Oak Sports Bar (3715 South 1st Street).

Chicago Bears fans in North Austin can come in from the cold to watch their game at Finley’s with the North Austin Chicago Sports Fans Watch Party. Buford’s Backyard Beer Garden provides a central ATX location, especially great when the weather is nice. Also, Pluckers in round Rock is also a great spot for Bears fans to cuddle up in front of a TV with a plate full of wings. The owner of Rusty Cannon Pub is also a Bears guy, so head over there for some amazing food and good conversation.

Green Bay Packers fans can gather at Shooters on 620 (11416 FM 62), an officials Packers Fan Cave, or if you like to hang out downtown for games, Star Bar (600 West 6th Street) has $15 domestic buckets and cheese curds to snack on. Sadly, their famous INSANE Hail Mary Bloody Mary is off the menu until football season is over.

Detroit Lions (2310 Manor Road) fans will be roaring along with the Michigan crowds at Haymaker with the Detroit Lions Watch Group. They’ll also be enjoying $2 off pitchers of beer, $2 mimosas, and $3 bloody marys and red sangria on Sundays.

The Carolina Panthers watch parties are now at Blind Pig Pub upstairs (317 East 6th Street). That means there’s plenty of room for fans to run around doing Cam’s Superman gestures and dabs after a few too many beers.

Atlanta Falcons fans can find fellow Dirty Birds (oops, is my love for the Saints showing?) at their new meetup space at Barzon at Takoba (1411 East 7th Street).

And once again, the Tampa Bay Buccaneers don’t seem to have a home or an active Facebook group this year.