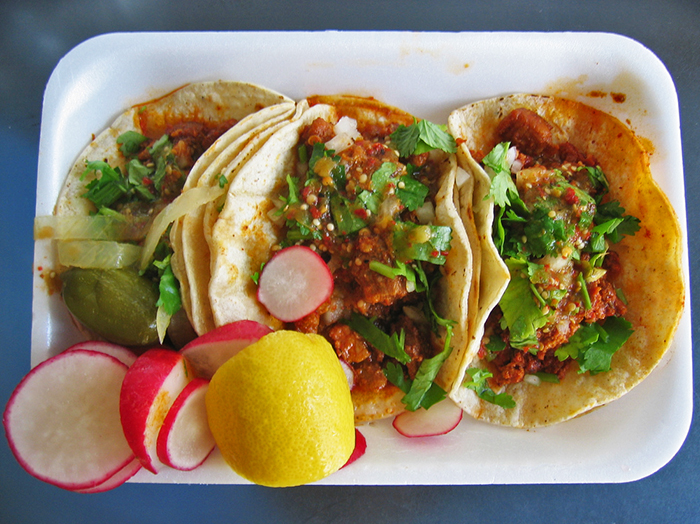 If Austinites Don’t Vote In This ‘Best Tacos’ Poll, Dallas Will Win

Let’s talk about tacos for a minute.

No, not those little flimsy, half-stuffed things from chains like Taco Bell and Taco Bueno. We mean real tacos, such as The Democrat at Torchy’s Tacos, Veracruz All Natural‘s mouthwatering migas, and Valentina’s Tex Mex BBQ’s heavenly — YES, HEAVENLY — brisket tacos. And don’t forget about Austin’s numerous vegan and vegetarian food trailers and eateries either, where you can find vegan tacos every bit as delicious as tacos containing dairy and meat.

Texas Monthly heavily featured Austin in its recent “120 Tacos You Must Eat Before You Die” bucket list, praising many of the local taco joints we hold near and dear. Now the magazine is running a poll to determine which Texas city has the best tacos overall… And as of 11:53 a.m. on Tuesday, December 8, Austin was tied with San Antonio for 3rd place at just 9 percent. The Rio Grande Valley is roaring past us with 21 percent at second place, but the real shocker is that Dallas leads the pack with a whopping 40 percent of the votes.

Austinites, we cannot just sit back and let Dallas take the taco crown. And then go order something off of Torchy’s secret menu, because you deserve it.