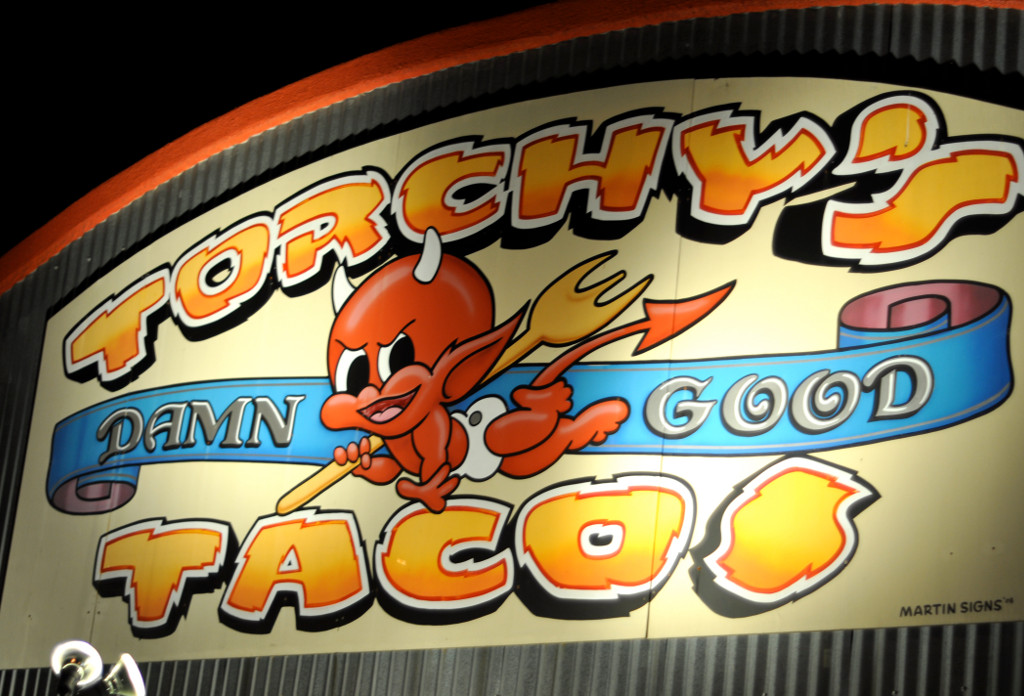 10 Gifs To Describe Eating ‘The Democrat’ At Torchy’s Tacos

Around Austin, Torchy’s Tacos is not just a restaurant with some tasty eats. It is a temple to hangover repair, a mecca for marinated meats, and a shrine raised in honor of whatever deity it is that makes things like this so damn delicious.

But one taco on Torchy’s regular menu (there’s a secret menu, too) stands head and shoulders above the rest: The Democrat, a mound of lovingly seasoned barbacoa beef, topped with cilantro, diced onions, an avacado wedge, queso fresco, lime juice and a dollop of tomatilla salsa, wrapped in a freshly made corn tortilla. It’s not spicy, it’s not experimental, it’s just amazing.

The Democrat the kind of foodstuff that foreigners (aka, those not from Austin) salivate over in their dreams if they’re lucky enough to have tried one. “That’s the best thing I have, uh, maybe ever tasted,” an Arazonian once said to my face. “I NEED to get to Torchy’s ASAP so I can order two of them,” a friendly Dallasite once told me, before Torchy’s opened storefronts up there as well.

However, the best way to describe this meal — and it is a whole meal in a single taco, don’t kid yourself — is not with words, but in GIFs. So, here goes nothing…

10.) When you walk in to Torchy’s for the first time, the smell will have you all like…

The smell of Torchy’s Tacos is strong enough to get even the worst drunk out of bed.

9.) But it’s hard to pick, because everything looks so good.

Each of them is worth trying, but two tacos is pushing it. Trust us.

8.) Then you order The Democrat, and the wait begins (worth it)

7.) When it finally arrives, overcome your excitement and try to be polite

Resisting the urge to tackle the waiter and devour their bounty is harder than you’d like to admit.

6.) Then you look down at the table and see this… 5.) So you take your first bite, and suddenly…

(Try to keep the noise down, unless you got it to go.)

4.) By the time you get half way through, it seems the whole world disappears…

3.) Then you have just one bite left, so you savor it.

2.) And for the next two days, all you can tell people is how amazing that was.

Not an exaggeration. It’s that good.

1.) But from now on, this will be your reaction to Taco Cabana, Taco Bueno and Taco Bell…

Because eating The Democrat at Torchy’s Tacos is a life-changing experience.
——