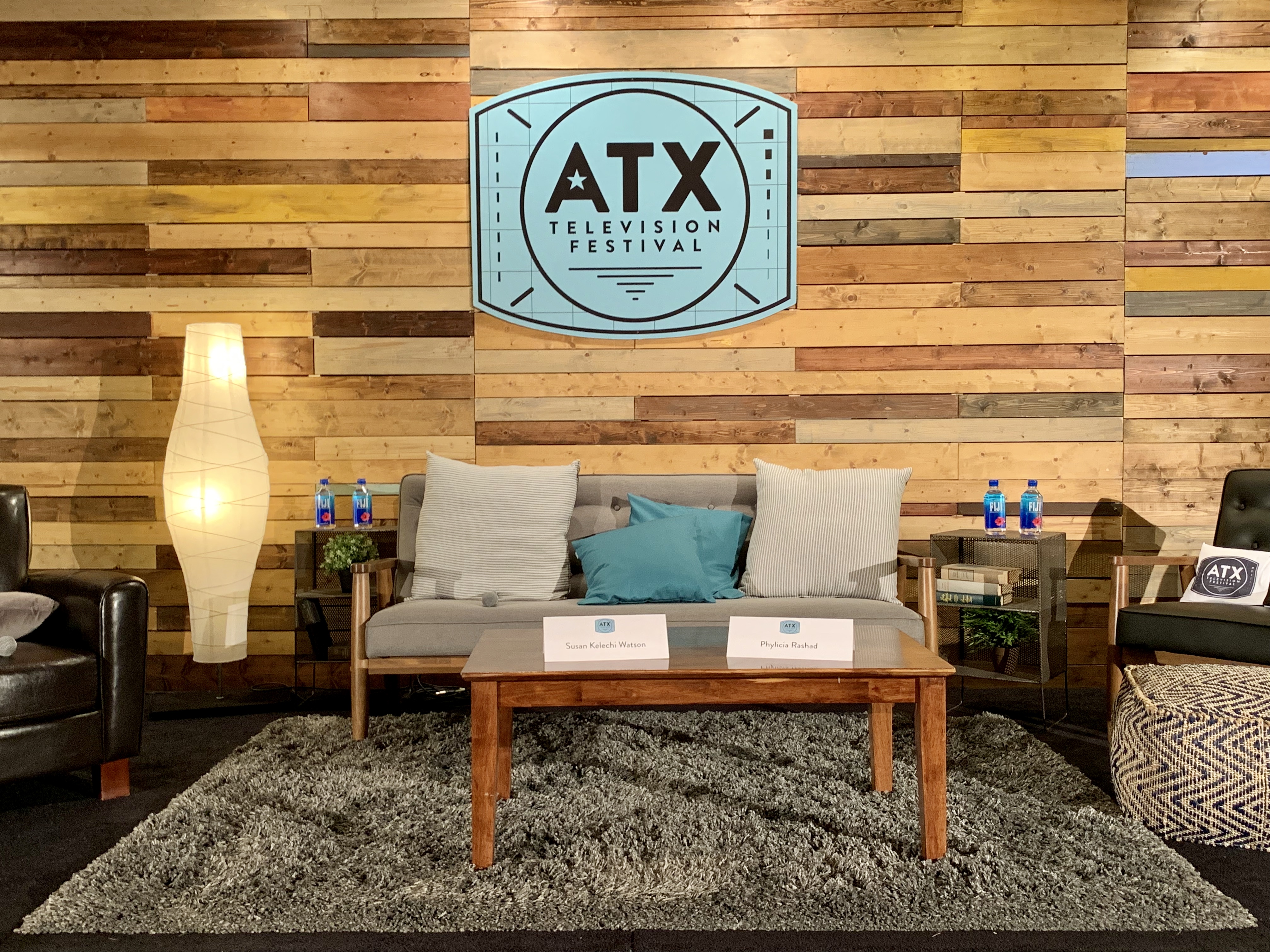 One of the best things about the ATX Television Festival is that it’s so easy to mix and mingle with the many celebrities who come to town for the fest. And our favorite thing to talk to them about is, you guessed it, Austin.

Though the festival is virtual this year, we want to take you back to 2019, when we attended in person and chatted with many a familiar face about their love for the ATX.

Here’s what ATX Television Festival attendees told austin.com they love about Austin and Texas in general.

You may know him as Richie Vallens from the ’80s classic La Bamba, Lou Diamond Phillips is currently starring in the upcoming FOX series “Prodigal Son.” When he walked the red carpet with co-star Halston Sage, we asked them both what TV show makes them think about Texas and they both quickly replied with shows shot in Austin.

“Friday Night Lights!” Sage said excitedly. Phillips replied, “That’s a good one. You beat me right to it!” He then chose another ATX-based fave, “Fear the Walking Dead,” which he directed an episode of in 2018.

The Australian actor whom you may recognize from the series “Home and Away” is featured in the pilot for ABC’s “Grand Hotel.” His favorite thing about Austin? “Culture.” We also put him on the spot, making him choose which beer he liked better, Lonestar or Shiner? Sadly, he’s never tried either!

After playing small parts on TV series like “Great News,” “Superstore,” and “Brooklyn Nine-Nine,” Coles steps into a starring role on OWN’s “David Makes the Man.”

When we asked for a favorite thing about Austin, Coles firmly answered, “BBQ.”

Arielle Kebbel is no stranger to Austin as she’s been a part of the ATX Television Festival since season one. In fact, if memory serves, she was spotted out and about in the ATX that year, capping off her night singing karaoke at Ego’s.

Queso was the “Grand Hotel” star’s immediate reply to our favorite thing about Austin question, adding, “Queso AND ATX (festival)… c’mon!” She went on to clarify that anywhere else in the country she’d eat guac, but here in Austin, it’s queso all the way!

As a model and actress, Barbie Ferriera is a supporter of the body positivity movement. She previously starred on HBO’s “Divorce” and will soon be seen on HBO’s newest series “Euphoria.” We chatted all things Texas on the red carpet before the festival’s opening night premiere. Like Kebbel, she’s a fan of queso.

Though “Good Trouble” star Maia Mitchell has been to Austin before ATX Television Festival (during SXSW), chatting about Texas proved a bit difficult for the Australian born actress. However, she could easily answer what TV show makes her think of Texas: “Friday Night Lights!”

When we told Cierra Ramirez that we’d be chatting about Texas, she exclaimed, “My favorite!” The “Good Trouble” hails from Sugar Land, Texas. Like her co-star, she also listed “Friday Night Lights” as her favorite Texas TV show, while her favorite movie choice is Dazed and Confused. “It’s set in Austin, too,” she replied, smiling into the camera.

It was easy for Cole Hauser to talk Texas, as he starred in Dazed and Confused and has maintained a tight bro-ship with Matthew McConnaughey throughout the years. In fact, following the season two premiere screening of his Paramount Network series “Yellowstone,” McConnaughey showed up at the afterparty!

Before we even asked a question in our one-on-one sit-down, Hauser kicked things off by saying, “First of all, I love that fact that I’m in Austin again. I have a great affinity for this city.” He continued to say it’s “kinda weird” since he’s 44 now and was 17 when he worked on Dazed. “All the memories I have of this town, it’s just, like, mind blowing for me,” Hauser mused. “Good people, good food, and good conversation.”

He told us he hadn’t seen any of the changes the city has experienced, but he hoped to get out and enjoy the ATX that evening. We’re pretty sure he did, as we saw him and McConnaughey wander off from his publicist, strolling down the street to who knows where.

Hauser’s “Yellowstone” co-star wasn’t quite as chatty about Texas. Though he was born in San Antonio, the Twilight star was not raised in the Lone Star State. That didn’t stop us from putting him on the spot, asking what movie makes him think about Texas. He chose Hell or Highwater, a film in which he played a Texas Ranger. The film was written by Texas State grad Taylor Sheridan.

The former “Friday Night Lights” star returned to the ATX for the closing night screening of Showtime’s “City on a Hill.” Surprisingly, he chose guac over queso. He also chose the phrase, “Alright, alright, alright,” over “Texas Forever.” Tim Riggins would be so disappointed.

Attending the festival for the first time, but no stranger to Austin, Jill Hennessy also spoke to us on the red carpet before the closing night screening of Showtime’s “City on a Hill.” When asked to choose between Beyonce and Kelly Clarkson, she replied, “That’s just kind of unfair!” She landed on Beyonce in the end. She also struggled to choose between the two phrases we previously mentioned. “Can I blend them,” she asked? Hey, as long as you’re talking about Texas, we’re happy.

Also attending in support of the series “City on a Hill,” Kevin Bacon had no problem taking our Texas quiz. Though the question that gave him the most pause may surprise you. Asked to choose between Post Malone and Travis Scott, the actor and musician guffawed, “That’s a tough one! I like them both, I gotta say. I’m kinda on the fence about that one.” When it came to choosing between the two phrases? “We’ll go with Matthew,” he said.

Another fun fact we learned? Bacon has never had a Shiner. Someone needs to send him some STAT.

The “Fear the Walking Dead” star has spent plenty of time in the ATX over the past two seasons of filming the show, so it was easy for him to talk about what he likes best about Austin. “Working wise, it’s a very manageable city,” he said. “I love the river. I live on the river and we stay on the river here. I just love how active it is all year round.”

Moving onto the non-work experience of living in the ATX, he said, “And I haven’t even got on to the food.” When we inquired about his fave, he replied, “Yeah, I’m not going to tell you because then I’m not going to be able to get in there.”

New cast addition Karen David piped in, “I’m just here for the food.” When sushi and Uchi was mentioned, she exclaimed, “I still have yet to go and everyone’s talked about it. It’s so hard to get a table!”

Want to know what’s going down at season 10 of the ATX Television Festival?
Check out the schedule here.