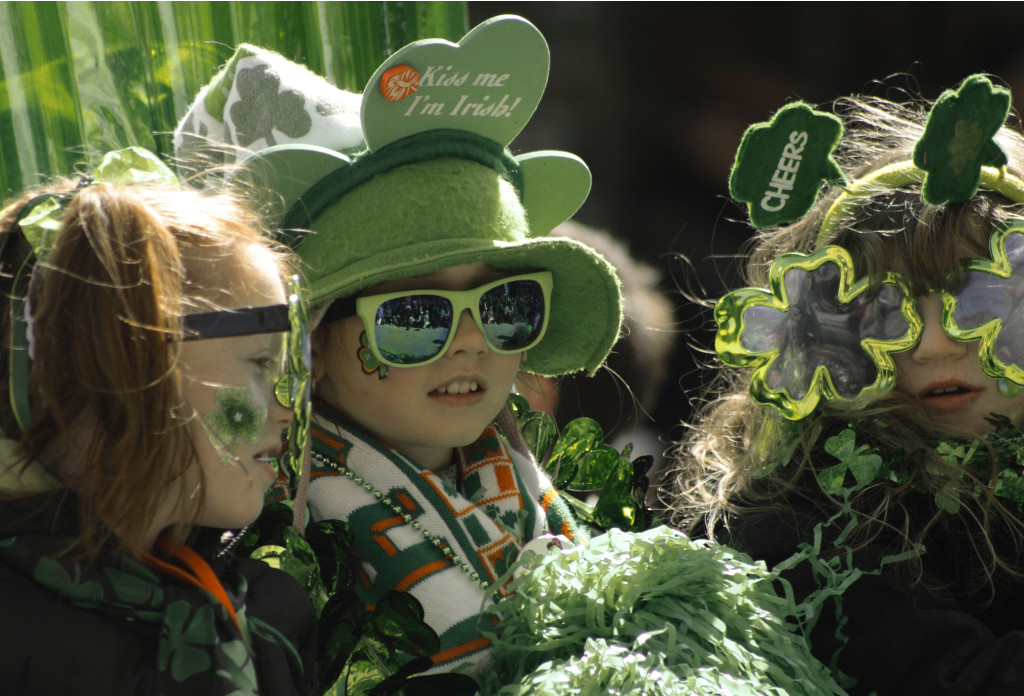 Saint Patrick’s Day is the perfect reason — or excuse — to hoist a pint of green beer and sing “Danny Boy” with 50 new friends. When the emerald holiday comes around, don your greenest outfit and venture into an Irish-themed bar for your obligatory Guinness.

Make sure you have a designated driver if you plan on stumbling out, or plan on ordering an Uber, Lyft, or plain ‘ole taxi. And if you’re really in a pinch, here’s a list of services that’ll take you home in your own car, some even for free (although donations are usually suggested/expected). The Austin Police Department doesn’t play around on holidays that revolve around drinking.

So long as you’re staying safe, there’s nothing wrong with having a good time at one of Austin’s great Irish pubs. If you’re Saint Patrick’s Day revelry takes you to Sixth Street, B.D. Riley’s is where you’ll want to go. It is located in the heart of Sixth Street just east of the Driskill Hotel and across the street from Buffalo Billiards.

The pub is housed in the bottom floor of a beautiful historic building. The structure was built in 1875 by a cabinet maker and undertaker named Joseph Hannig who was the husband of Alamo survivor Susannah Dickinson. The stonework on the pub’s western wall is original to the building. Even though this place is downtown, the owners want it to be your neighborhood bar. On their Facebook page, they call it “a down to earth, low key, authentic neighborhood pub. Run by Johnny and Gerry, who are never shy to talk, make fun, or have a good laugh with their customers, Bull’s is sure to make you feel right at home.”

According to the online reviews, Jonny and Gerry are succeeding. People feel at home right when they walk in, and they also say some of the best people watching in Austin is right outside Bull’s front door.

Bull McCabe’s is less than half a block’s walk from Stubb’s, so if you’re seeing a show, this Irish pub is a great place to grab a pre- or post-show drink. If you want to stay out of bars but still want the taste of Ireland for your Saint Patrick’s Day celebrating, try The Emerald Restaurant, a fine-dining restaurant serving traditional irish fare. Located less than a mile west of the Hill Country Galleria in Bee Cave, a journey here gets you out in the beautiful hills of western Travis County.

Paul and Marge Kinsella opened The Emerald in 1984. Marge came to the United States in 1957 and to Austin in 1978. She may not have been born here, but she qualifies as someone who remembers Austin’s good old days. In addition to the freshly prepared food, the restaurant boasts a great wine list and full bar. Fadó opened in Austin’s Warehouse District in 1997. It is a traditional Irish pub, but it takes food as seriously as drink. The menu changes seasonally, and always includes food for patrons who want full meals and those who just want a snack to go with their beverages. Though many Austinites turn their noses at chain restaurants and bars, this place is not your cookie cutter Irish bar.

For fan of international sports, Fadó keeps its televisions tuned to soccer and rugby when matches are on. You can sit with your pint while watching English Premier League and Champions League matches. And when the World Cup rolls around, you’ll find your fellow soccer hooligans here. Sean Patrick’s sits on the square in San Marcos. It is an Irish pub with a Texas twist. Given its proximity to the Texas State University campus, the pub naturally caters to college students. Its free wifi allows students to complete their homework while sipping their favorite beers. Traditional bar games are a great way to take a break from studying, or you can walk around the San Marcos square’s only covered outdoor patio.