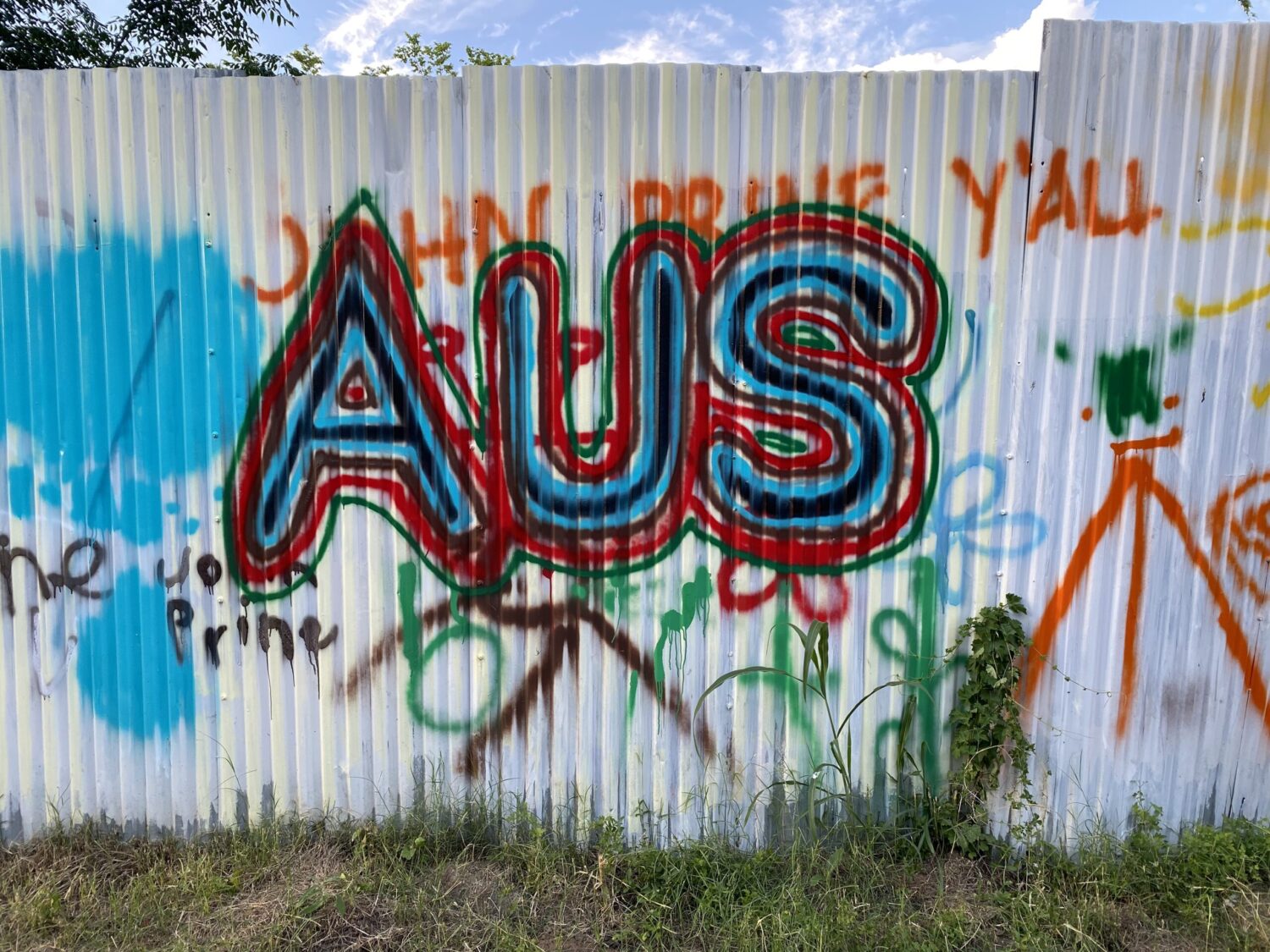 In Texas, it is hard to transport yourself to all the places you need to go without using a car. In normal times, Austin has some pretty terrible traffic. What if you could live in one of the Austin neighborhoods that didn’t require so much motorized travel?

Living within walking/ rolling/ biking distance to shopping, restaurants, and parks is difficult to find in the suburbs, but Austin has plenty of neighborhoods where you can go for days or even weeks without hopping in a car. Here are some of the most easily navigated Austin neighborhoods that you don’t need a car to get around.

The Allandale neighborhood is what many people think of when they reminisce about what Austin was like before all the people moved here. Hugging the northbound lanes of MoPac Expressway from Anderson Lane to the north and 45th Street to the south, this mature neighborhood has easy access to many of Burnet Road’s best eateries such as Top Notch Hamburgers, Barley Swine, The Peached Tortilla, and Lucy’s Fried Chicken.

It’s easy to catch a movie from the Allandale neighborhood. There’s an Alamo Drafthouse location just north of the neighborhood across Anderson Lane.

Shoal Creek runs down the middle of the Allandale neighborhood. On the eastern side of the creek sits Beverly S. Sheffield Northwest District Park, which is a hidden gem of a picnic spot. Get in some exercise swimming in the outdoor pools.

Allandale Apartments Snapshot: Mix of newer, mid-rise apartment complexes, and 80’s/90’s garden-style communities (some will have renovated units, others may not).
Average 1/1: $1500
Average 2/2: $2200 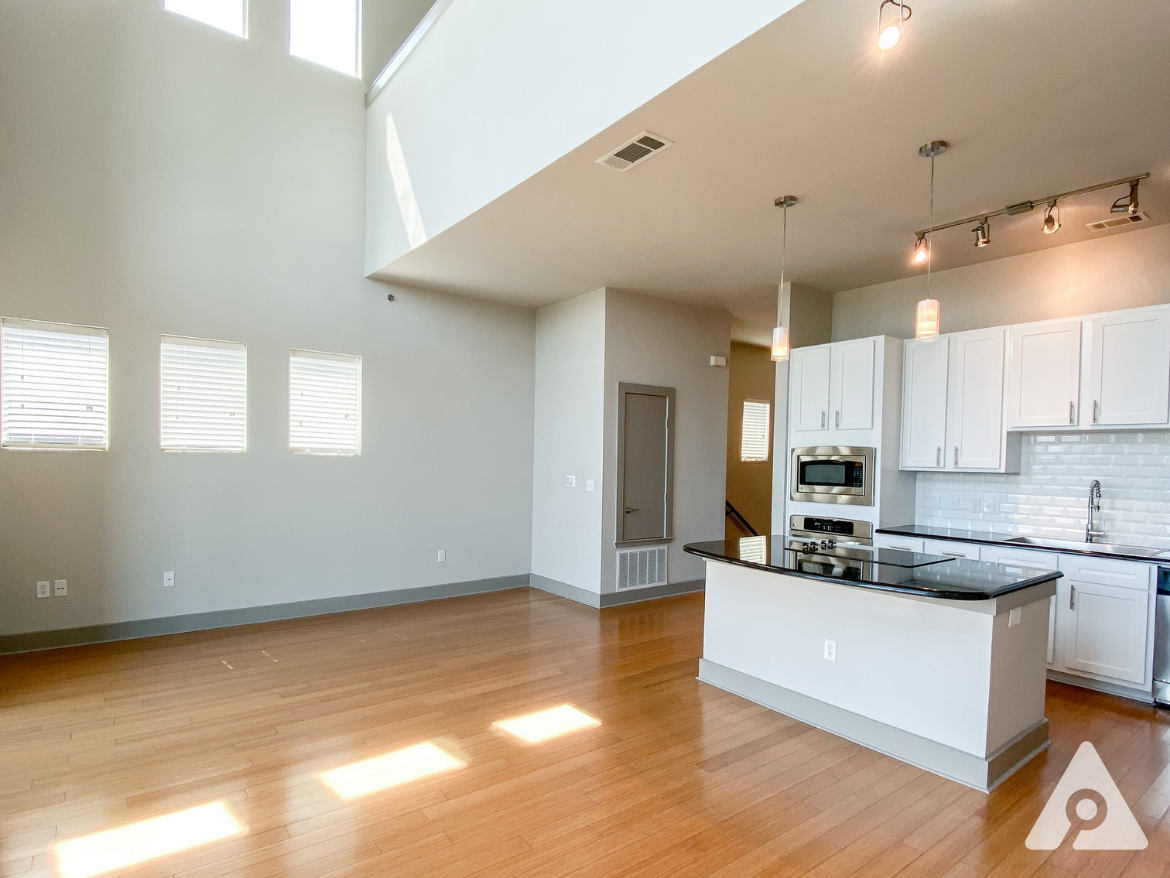 The Hyde Park neighborhood is directly due north of the University of Texas campus. Like Allandale, this part of town oozes old Austin charm. In fact, it is home to the Elisabet Ney Museum which showcases the works and homes of its namesake, a 19th-century sculptor.

Take a morning stroll down to Quack’s 43rd Street Bakery. On your way back home, decide whether to go out for lunch at NeWorlDeli or Avenue B Grocery & Market or to dinner at Vino Vino.

If you’re a golfer, you can swing your sticks at Hancock Golf Course. This city-owned course is made up of the front nine holes of the original Austin Country Club. There’s a shopping center built where the back nine used to be. This challenging course is just a block east of the Hyde Park neighborhood’s southern portion. 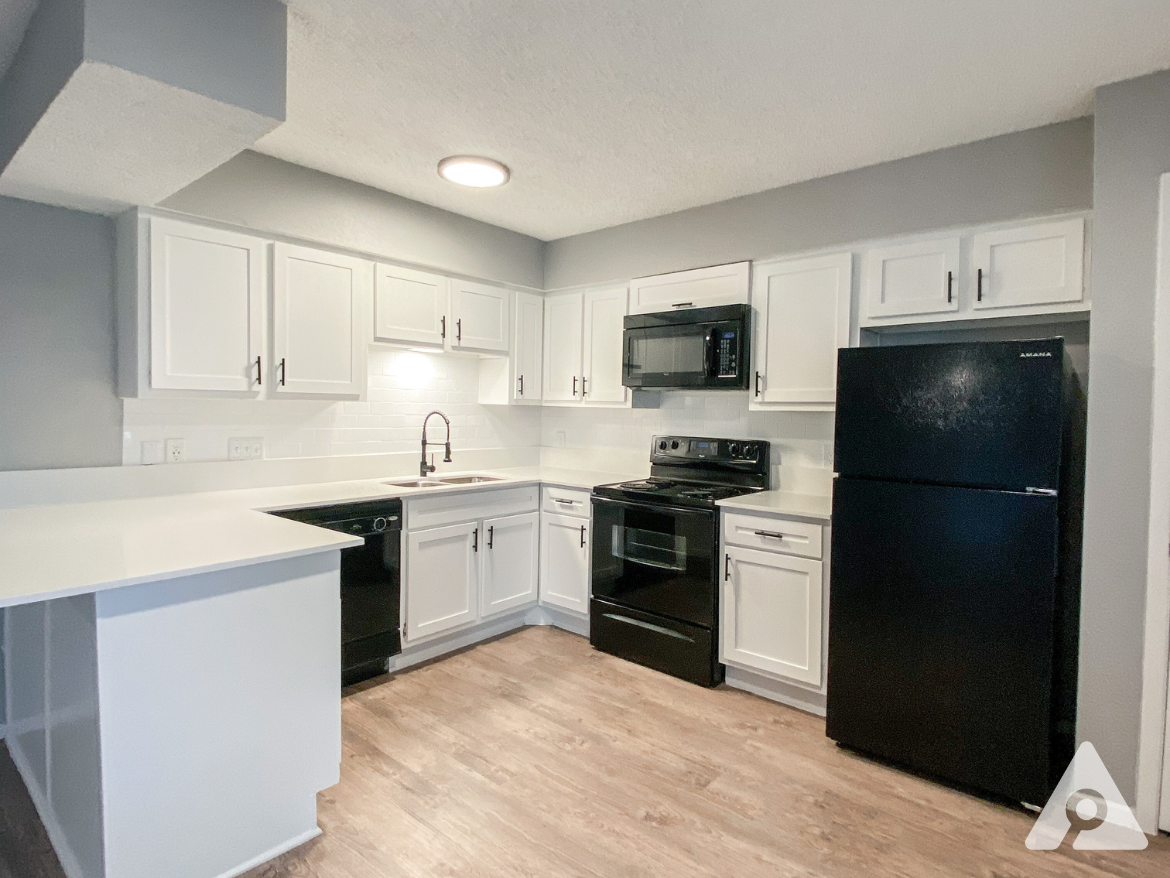 The Rosedale neighborhood is situated just north of Seton Medical Center, but that isn’t the only hospital bordering this neighborhood. Plus, it has a large number of doctor’s offices. If you get sick, there’s someone nearby who can treat you.

Rosedale Snapshot: Typical apartment options are mid-rises built within the last 15 years, prices will be more expensive due to lack of budget-friendly, garden-style rental options. Most expensive options will be built after 2015.
Average 1/1: $1700
Average 2/2: $2300 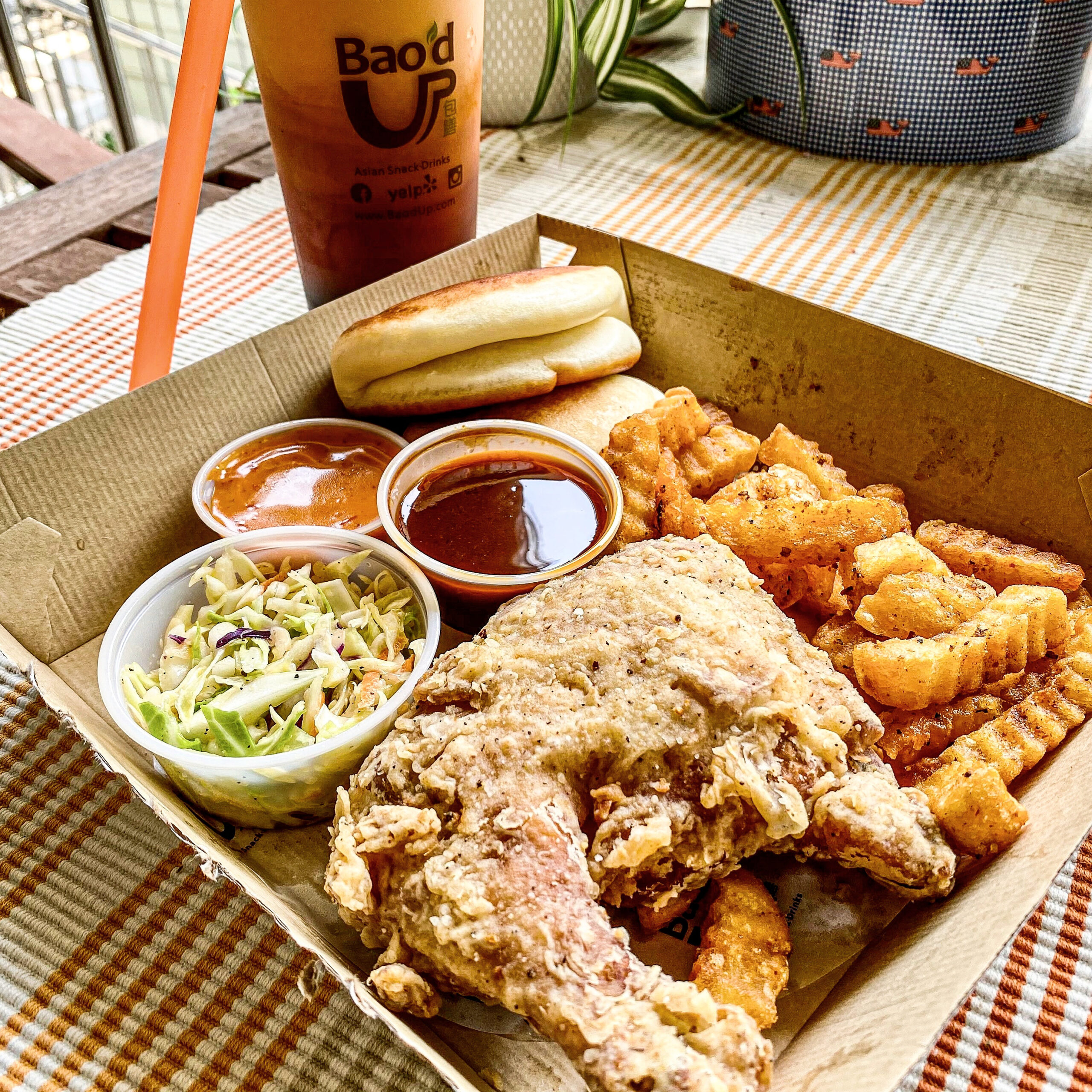 Though living among college students isn’t for everyone, the West Campus neighborhood provides residents with quick access to Austin’s public transportation system, local restaurants, unique shops, and some of the best people watching in town. Walk down the stretch of Guadalupe Street known as The Drag to find all these things in a concentrated area.

Living in West Campus will definitely take you back to your college days. Whether you’re heading to class at UT, to the University Co-Op to buy books, or to Bao’d Up for Chinese comfort food, you can leave your car keys at home.

West Campus Snapshot: Most apartments in this area are designed for students, and offer rent-by-room, fully-furnished options. Single-person apartment options (studios and 1 bedrooms) lease quickly and are significantly more expensive, however there are SMART housing options for residents who qualify.
Rent-by-room (in a 2-4 bedroom unit) : $800-$1200
Single unit (studio or 1/1): $1500 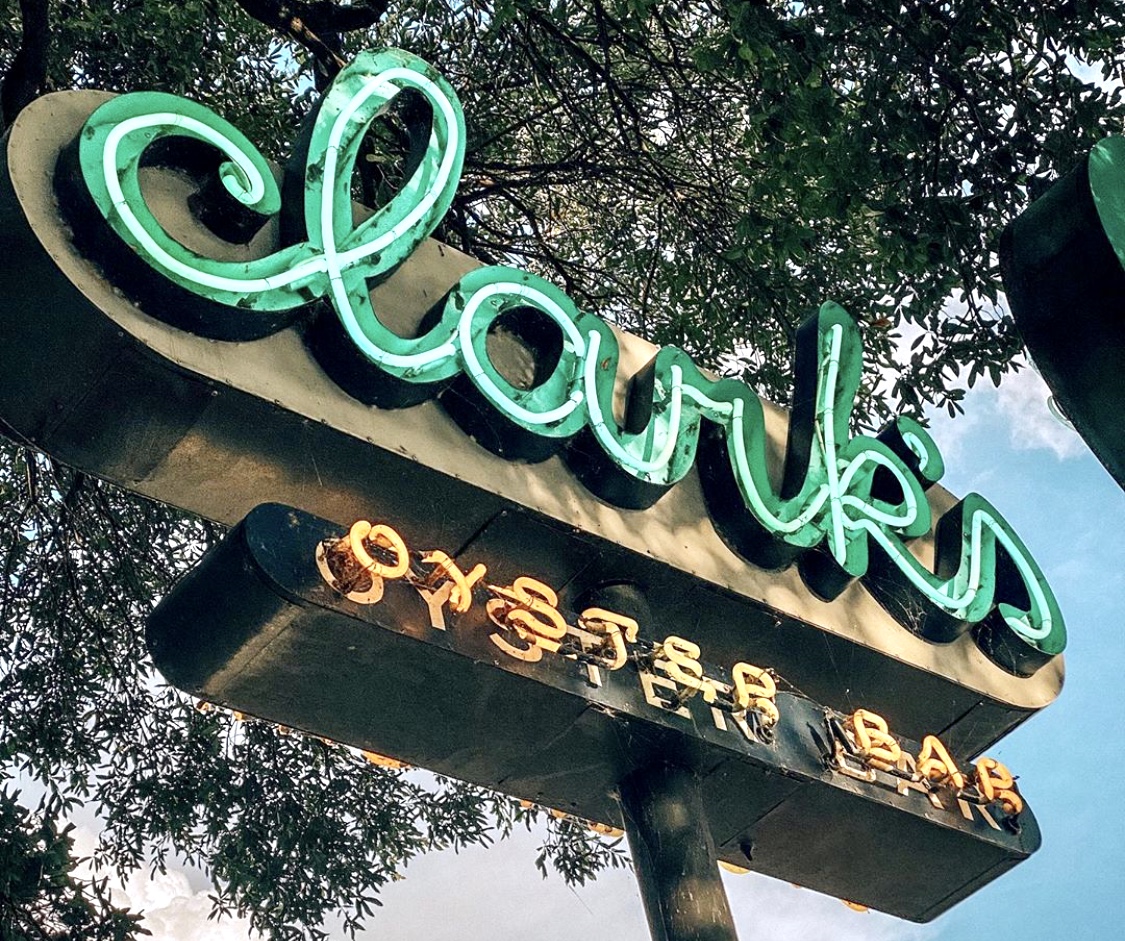 The quaint Clarksville neighborhood is situated between downtown to the east and MoPac Expressway to the west. It is a perfect place to live for folks who work downtown, provided they can afford it. You definitely pay for location, location, location.

Clarksville Snapshot: There are only a handful of apartment options in Clarksville, likely due to strict zoning laws to preserve Old West Austin. Due to scarcity and desirability, this is one of the priciest areas of town to rent an apartment.
Average 1/1: $2200
Average 2/2: $3000 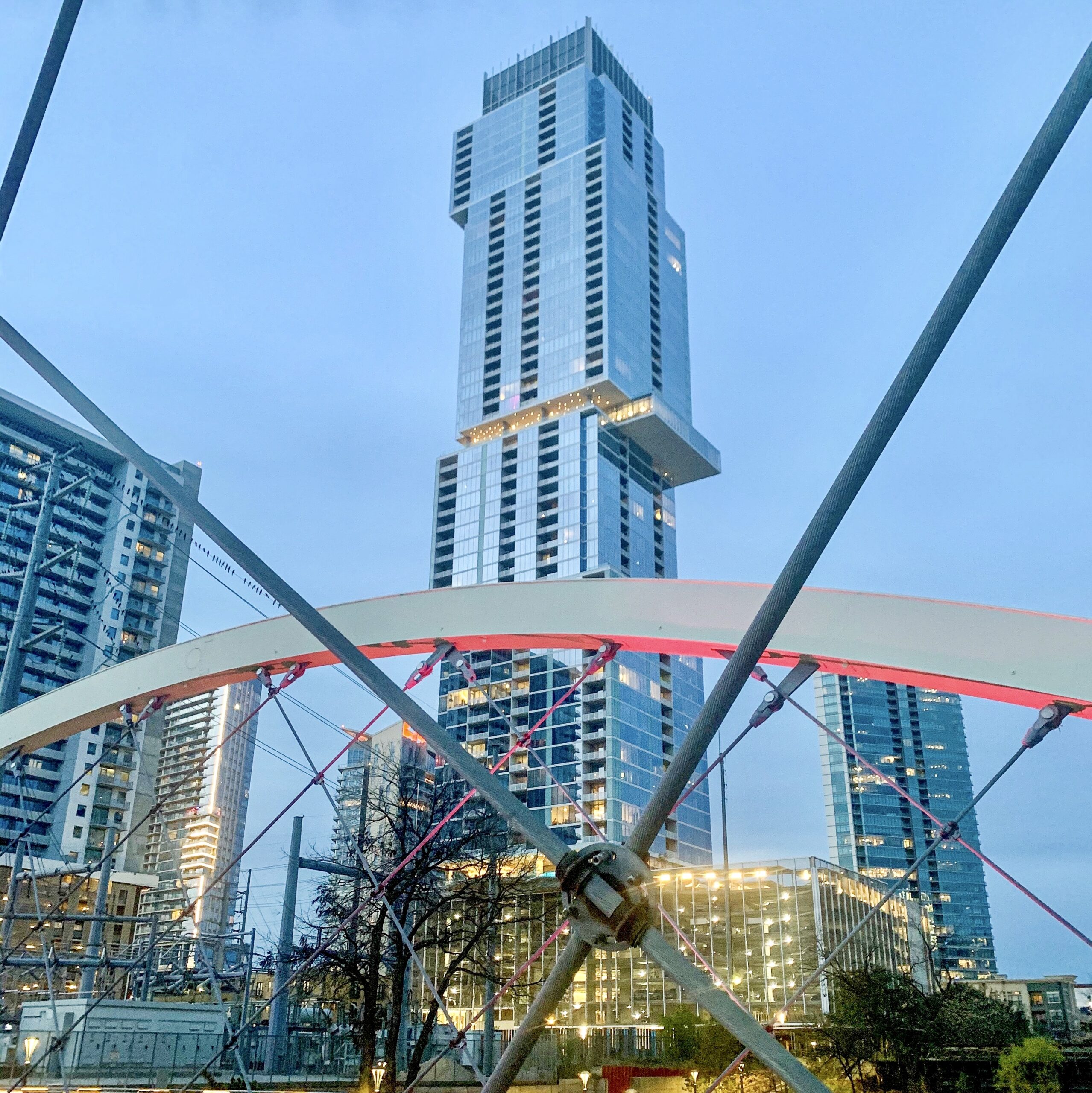 If you want to live the lifestyle of a New Yorker or San Franciscan but don’t want to put up with super cold winters, living in downtown Austin is where you want to be. Your apartment or condominium will be just a few blocks away from Sixth Street, the Warehouse District, and Rainey Street. You have your pick of some of Austin’s best known bars, live music venues, theaters, and restaurants.

Enjoy a weekday afternoon sampling one of many downtown Austin happy hour spots including The Driskill Bar, Lucille Patio Lounge and Icenhauer’s. Downtown is the epicenter of what makes Austin the live music capital of the world. Hopefully, you don’t mind loud music late at night!

Get in some exercise by running the Waller Creek Greenbelt Trail. It runs north and south basically along Red River Street.

Downtown Snapshot: While there are many Downtown apartment options to choose from, this is the most expensive area to rent in all of Austin. From mid-rises to high-rises, most Downtown apartments were built and/or renovated in the last 15 years, and come equipped with luxurious finishes and amenities. A handful of SMART housing units exist, but lease quickly, and are extremely hard to come by.
Average 1/1: $2700
Average 2/2: $3500 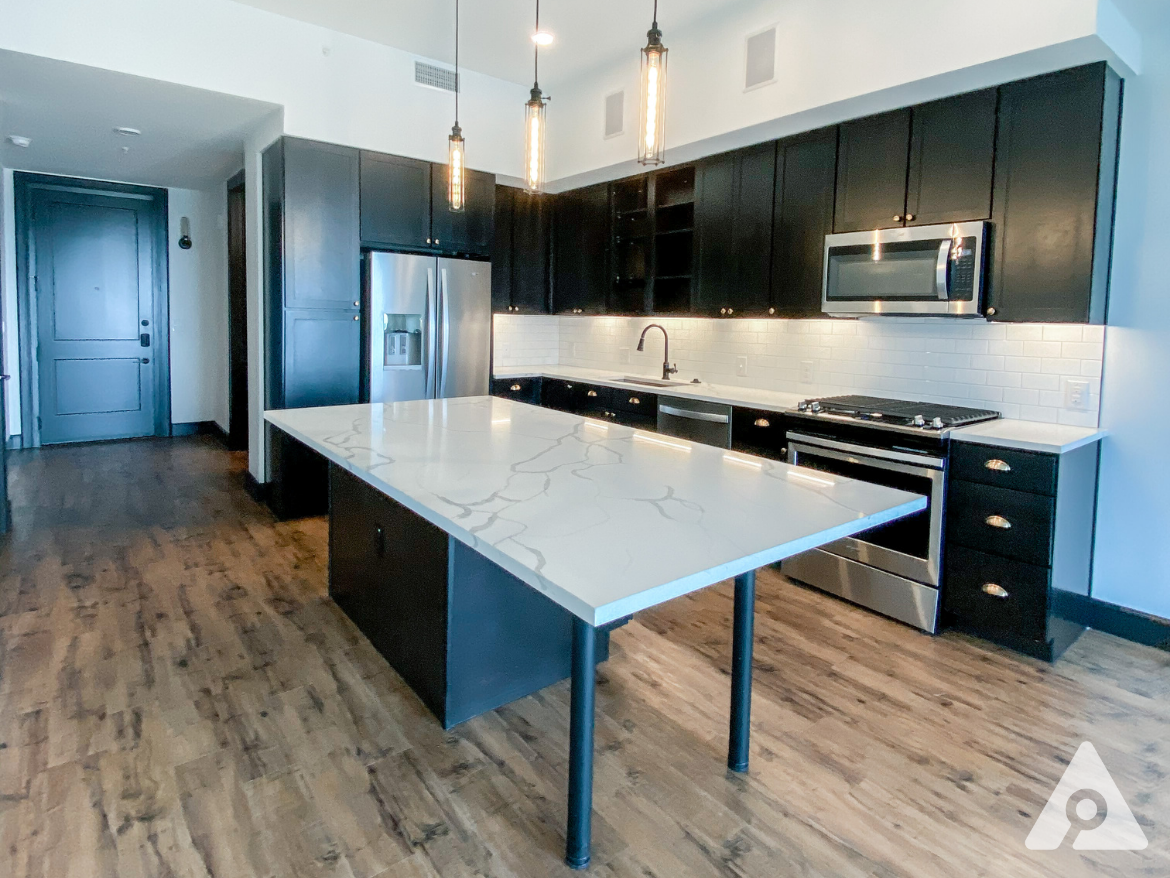 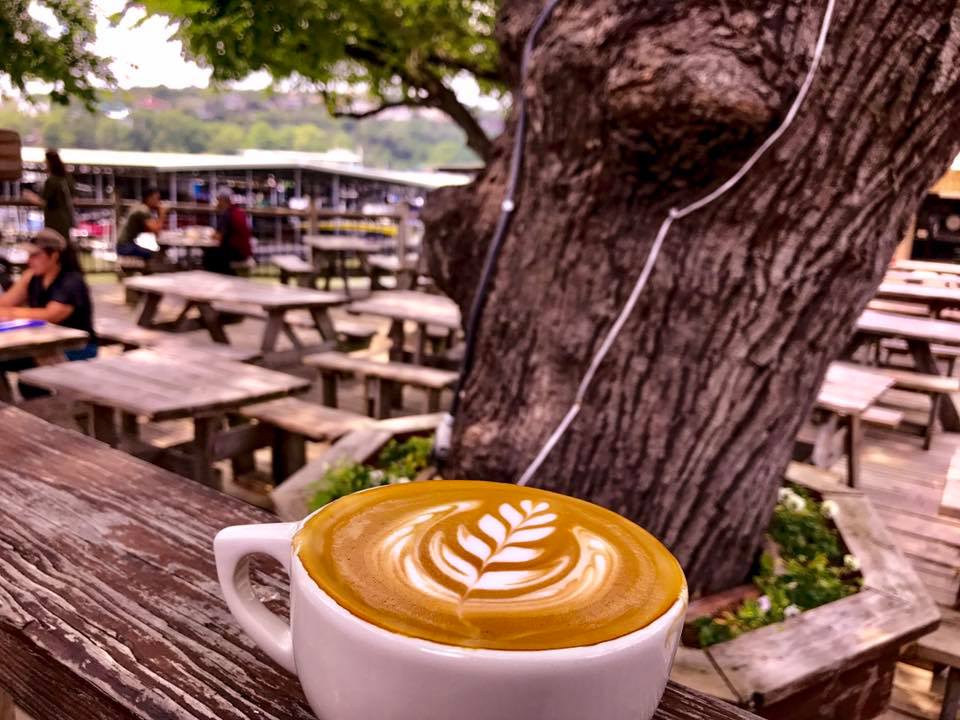 If you live in the Tarrytown neighborhood, you’ve made it financially. When you take a walk around this neighborhood, you may nod and wave to some of Austin’s most famous residents. Winding streets and small parks make for an enjoyable stroll around this walkable Austin neighborhood. Sip a coffee on the outdoor patio at Mozart’s Coffee Roasters, or chow down on some fajitas at Hula Hut.

Be sure to visit the peacocks and peahens at Mayfield Park, but don’t get too close to them! If you’re a golfer, make sure to play Lions Municipal Golf Course as many times as you can before it gets torn down and overrun with mixed use development.

Tarrytown Snapshot: Like Clarksville, there aren’t many apartment options in Tarrytown due to zoning laws. There are more garden-style communities that can be considered more budget-friendly than the handful of mid-rise complexes, but all will run a premium due to the location.
Average 1/1: $1700
Average 2/2: $2400 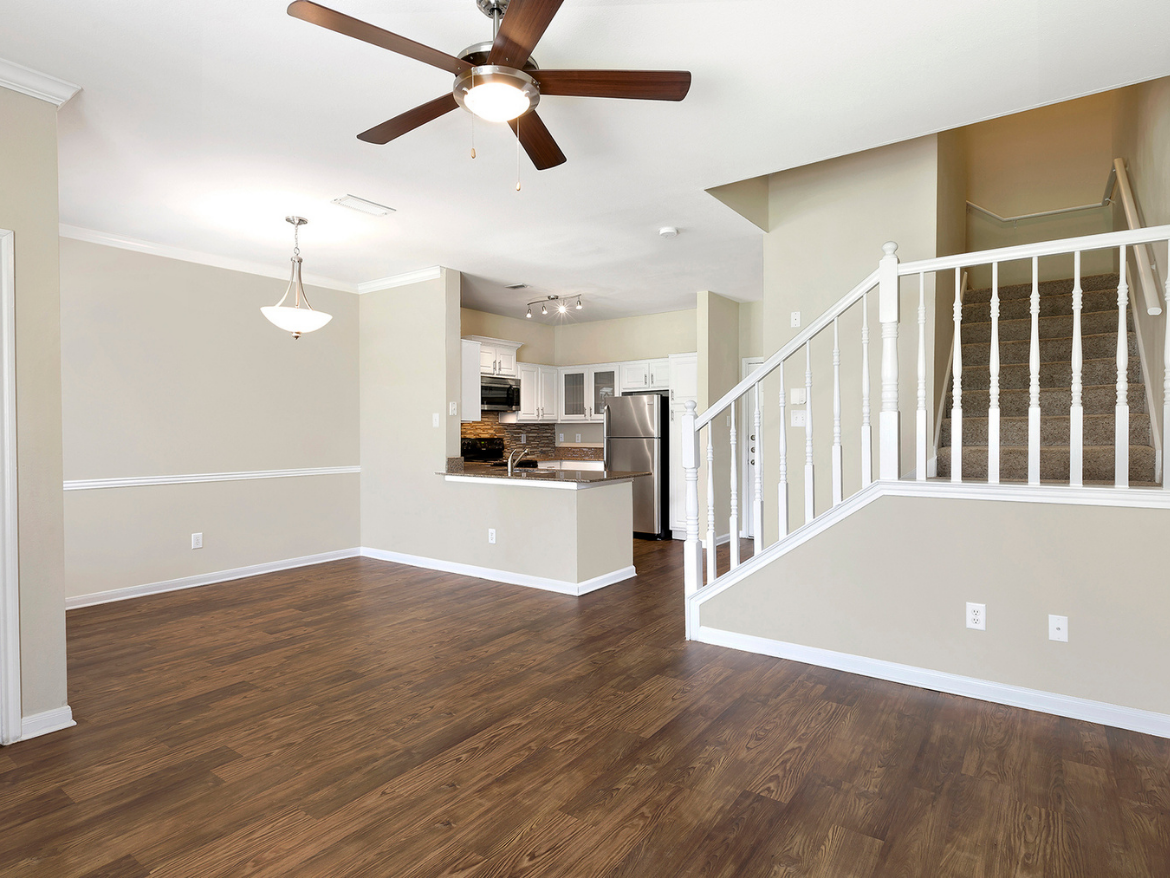 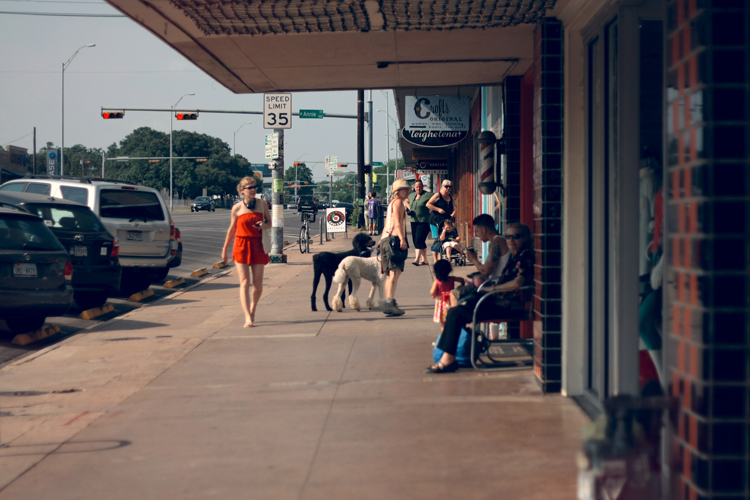 Exercise enthusiasts will enjoy life in the Travis Heights neighborhood. The Ann and Roy Butler Hike and Bike Trail creates the neighborhood’s northern boundary, and there are several access points to the trail from neighborhood streets.

If you’re a man or have a man in your life, you need to visit Stag Provisions. They’re the ultimate guys store. You’re bound to find something cool you want to take home.

Travis Heights Snapshot: As a primarily residential area of Austin, apartments are hard to come by in Travis Heights. However, most are older, garden-style communities which tend to be more budget-friendly, but may lack modern finishes and amenities such as W/D, pools, gyms, and secured parking/gates.
Average 1/1: $1300
Average 2/2: $1800 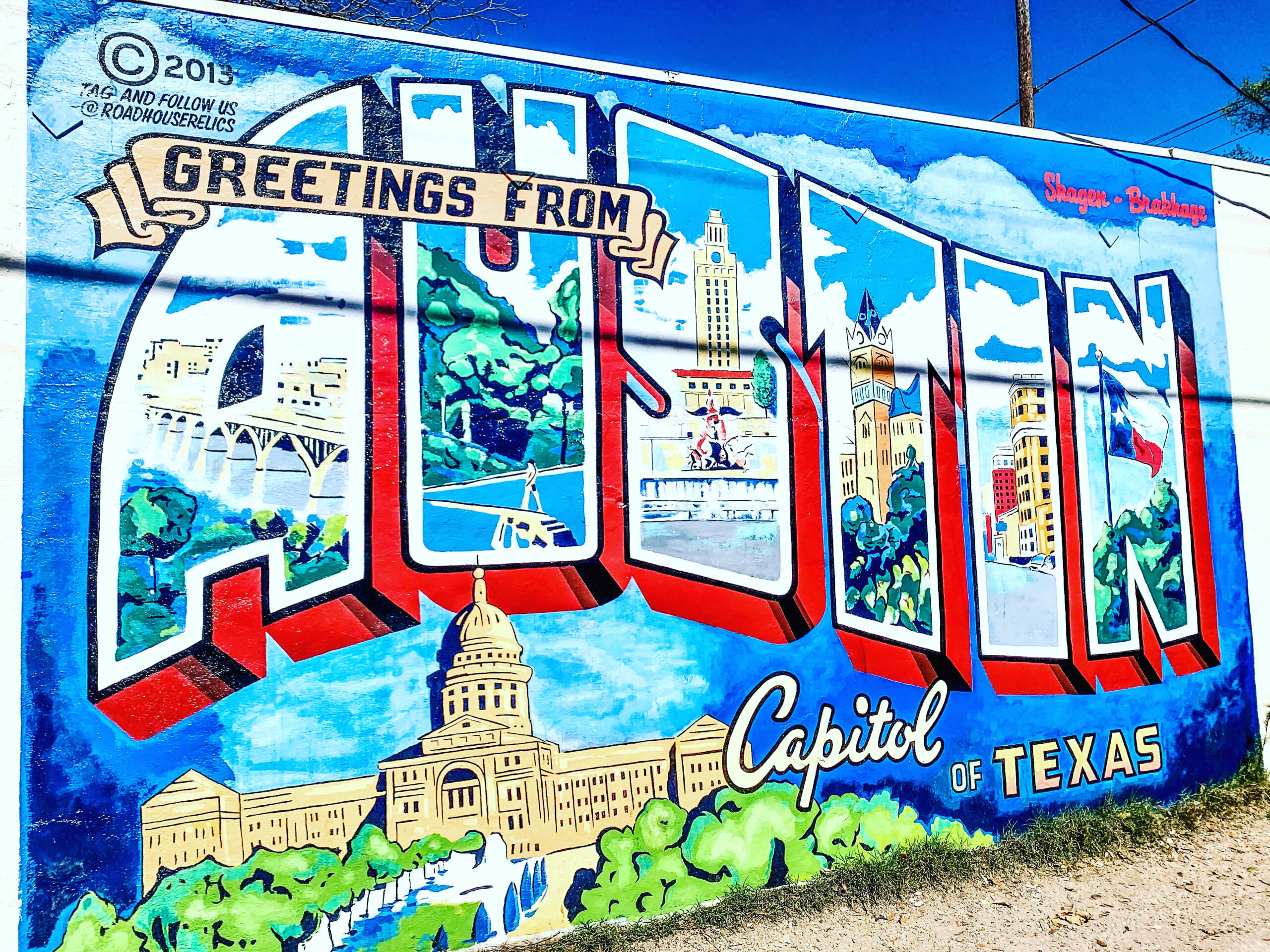 Get yourself some culture at The Long Center. They have a wide range of performances and events throughout the year.

If you need your first pair of cowboy boots — or even just your next pair in a closet full of them — stop by Allen’s Boots. Their staff know how to fit boots to your feet and your personal style.

Bouldin Snapshot: One will find a mix of newer mid-rises and older, small communities in this area. Demand is high, as are average rent prices, however, there are lots of options within and surrounding Bouldin to fit different budgets and priorities.
Average 1/1: $1700
Average 2/2: $2500 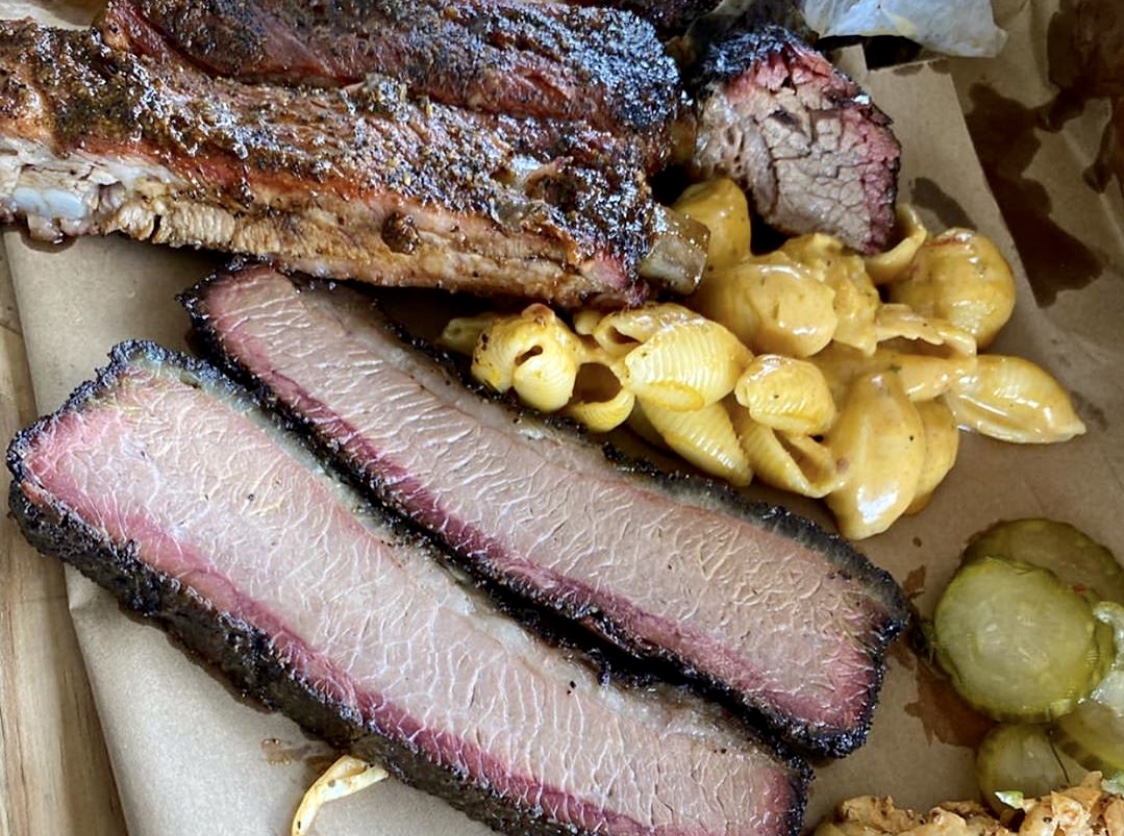 East Austin is no longer a secret spot for up-and-coming real estate. The gentrification has happened, and the Holly neighborhood is as happening as any other part of East Austin. This neighborhood on the northern bank of the Colorado River is situated between Chicon Street on the west and Pleasant Valley Road on the east. Seventh Street creates the northern border.

If you find yourself shopping for real estate in this part of town, make sure you stop at Cesar Chavez Street restaurants La Barbecue or Juan in a Million for lunch. When you’re tired from looking at houses and condos, stop by Lustre Pearl East for an East Austin Happy Hour. If you move to the Holly neighborhood, you’ll always know the shortest walking route to these places. And if you don’t already have a picnic blanket, you’ll want one for beautiful days at Festival Beach on the northern bank of the Colorado River.

Holly Snapshot: With development of apartment communities booming within the last 7 years in this area, most complexes are mid-rise with modern finishes and amenities. The closer to I-35 and the newer the property, the more expensive the units.
Average 1/1: $1900
Average 2/2: $3000

If you’re interested in renting in any of these neighborhoods, contact Smart City. They can help evaluate all of your apartment options to choose the best fit for you. Best part – it’s totally free! Fill out a webform here.