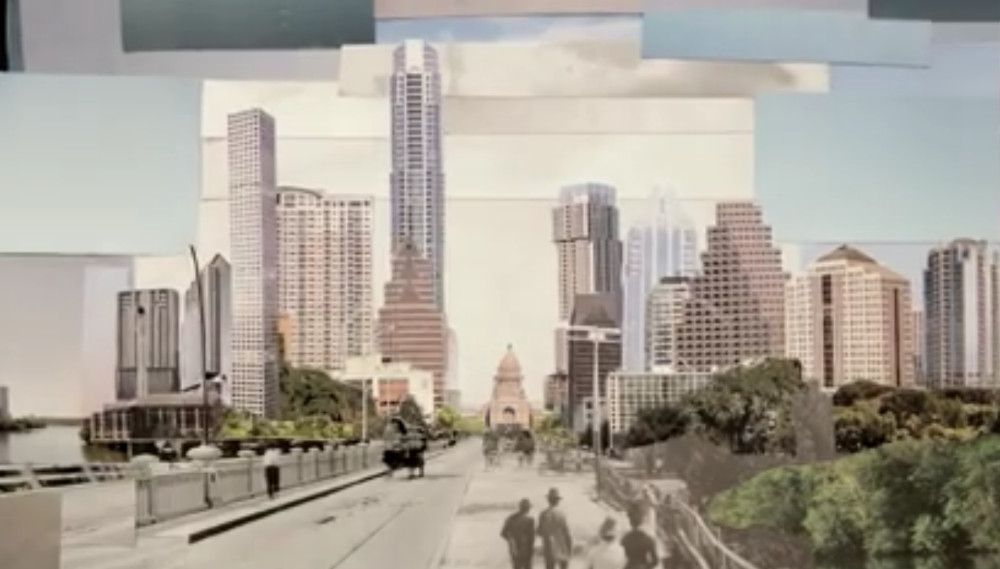 The “G” word — “Gentrification” — is frequently bandied about in conversations about Austin politics, and for good reason. With Austin currently sitting atop Forbes’ rankings for America’s biggest boomtowns, we’re dealing with a larger influx of new residents the likes of which hasn’t been seen in any other American city for decades. This is creating a lot of confused and frustrated Austinites, but rarely has anyone captured what exactly this rapid growth means to Austin as local musician Lew Card does in his latest music video.

For a layman without an economics degree (or, you know, a dictionary), gentrification in Austin basically means that things are getting more expensive — especially rent — and that’s pushing a LOT of people out, many of whom grew up here.

Lew Card is one of those people feeling the burn of Austin’s rapid gentrification, and it’s painfully apparent in his beautiful music video for “Condo Town Rag,” the title track off his album Follow Me Down. The animation that accompanies his song, we should mention, was brilliantly handled by Seymour.TV, which deserves major props for the amazing work.

For anyone who has lived in Austin more than 10 years, this gorgeously animated tribute to Austin’s growth is nostalgic, beautiful, and even painful. For everyone else (read: about half the people living here these days), let this video serve as a brief, entertaining history lesson… And justification for natives’ occasional grouchiness about overcrowding and rent.

Then again, there’s no sense in segregating native Austinites, longtime Austinites, and newbies. The fact is that We’re All Here Now, so we’ve got to do the best we can to make life as painless as possible in an increasingly crowded city. Folks like Lew here have found a way to express the complexity of our situation with grace, style, and true artistry.

So, next time you hear someone on a street corner during SXSW shouting something along the lines of, “Don’t move here!” — think of this video and you’ll remember why.

It’s A Long Way Down In A Condo TownEvery. Single. Bit. Of. This. OMG! This is #SoAustin.Song: Lew Card, from his new album “Follow Me Down.” Video by Seymour TV.