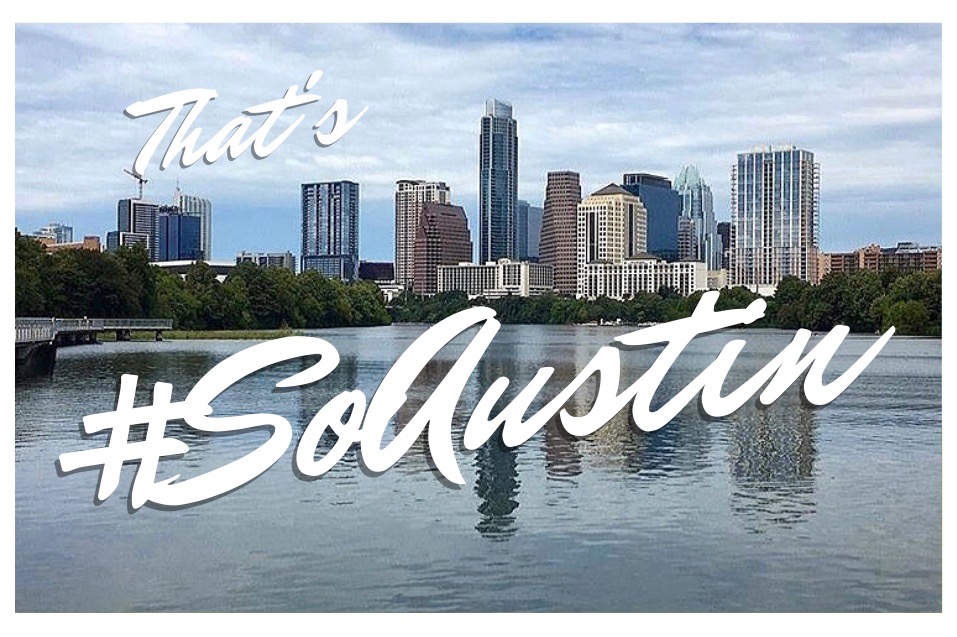 The Most #SoAustin Things That Happened This Month – January Edition

Have you ever seen anything that made you yelp, “That’s SO Austin!” Well, we sure have. Now, in addition to sharing on our official Facebook page, we’re highlighting the month’s most fun, unique, sometimes hilarious, sometimes touching stories that made us exclaim, that’s #SoAustin!

Freebirds Donates Sales to Family of Worker Stabbed to Death

After 34-year-old kitchen manager Johnathan Aguilar was stabbed to death at Freebird’s South Congress / Riverside Drive locale, the restaurant closed for almost three weeks. When they reopened to customers on January 22, they announced that 100% of the day’s proceeds would be donated to Aguilar’s family.

The Majority Powers Up at Women’s March

With so many important issues to address and so many reasons to March, we weren’t surprised in the least that women flocked in droves to the Capitol for the fourth annual Women’s March. As usual, The Paramount sign reflected what most of us are feeling. Women are the majority and it’s time to make that count. This year, it’s as important as ever to get out and VOTE!

Austin Comes Alive On The Page

We talk a lot about movies and TV shows that are set in Austin. But are you aware of the fictional novels that are set in our fine city? We profile 10 of the best books with stories that take place in the ATX that you can read about… or perhaps listen to while sitting in Austin traffic.

Austin weather is, in one word, weird. In early January, there was the threat of a serious storm and the news outlets went crazy with coverage. Not surprisingly, the storm wasn’t even close to as bad as was predicted. But it is true that Texas weather can be wild. So we went in search of some of the best Memes on Instagram that illustrate just how wild and weird Austin weather can be.

Hi, How Are You Mural Endures

Daniel Johnston‘s death hung over the city like a dark cloud. And when we found out the restaurant where his infamous Jeremiah the Innocent mural is located is closing, we worried that the artwork would disappear. Fortunately, a representative for the company that owns the property calmed our fears by announcing that, though there will be redevelopment, the mural will be preserved.

In perhaps the most touching local story of the month, an Austin man found a 25-year-old VHS tape that featured a baby’s first steps in 1984. He then went on a social media man hunt to find the baby in that video. Spoiler alert: he found him!

Austin Is The Best College Town

And finally, we’ll take “incredibly easy questions for $100, Alex.” “Jeopardy” featured this answer on the show in January: Zilker Park is home to this three word music festival held every fall bearing the name of Texas’ Capitol. Yes, the contestant who buzzed in did know the answer which is a good thing because we would’ve hated having to mock her endlessly on Twitter.