The 2016 Texas Book Festival was the biggest it has ever been, and organizers are already gearing up for this year’s festival, set for November 4 and 5, 2017, in and around the Texas State Capitol. To do that, they need books to feature. And that’s where you come in…

The submission period to participate in the festival began earlier this month and will run through June 1. But this isn’t something where you submit your raw idea or a half-baked manuscript. This festival is for books that are already published, so if you just put your book out, you’ll definitely want to explore this opportunity.

If you’re selected, your book could rub dust jackets with the written works of big celebrities. The 2016 festival featured books by nearly 300 authors including former First Lady Laura Bush, Ethan Hawke, Diane Guerrero and Nick Offerman. Festival organizers are shooting for around 250 authors per year to showcase. 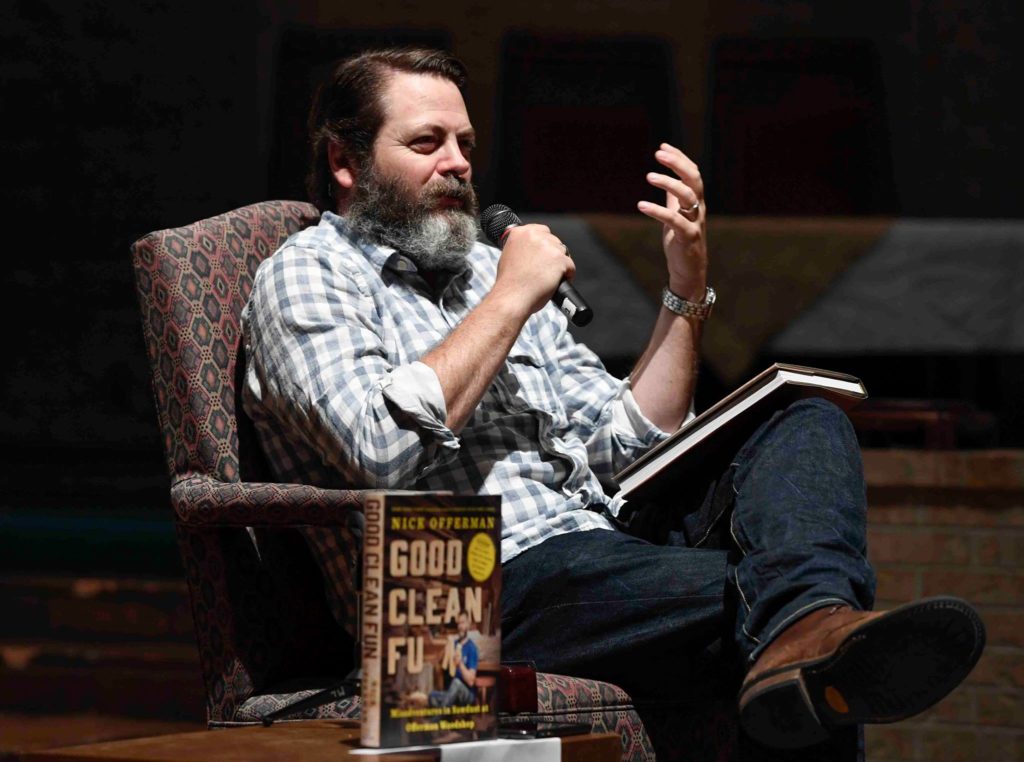 Speaking of Laura Bush, she along with Mary Margaret Farabee and some volunteers founded the Texas Book Festival in 1995. Farabee passed away in 2013, but the festival marches on honoring Texas authors, promoting the joys of reading, and benefiting the Texas public libraries. The first celebration was held in November 1996 and has grown into one of the country’s preeminent annual literary events. Each year, the festival draws around 40,000 attendees.

If you think people just sit around reading at this festival, you’re way off base. Sure, you can curl up with a good book in some corner of the Capitol grounds, but you’ll also want to check out the literary readings and panels, book signings, cooking demonstrations, live music, local food trucks, a young adult headquarters, children’s activities, and exhibiting vendors from across the state and country.

Since it began, the Texas Book Festival has donated more than $2.8 million to Texas public libraries and given more than 72,000 books to students in Title I schools (schools that have at least 50 percent of children qualifying for free or reduced lunches) through their Reading Rock Stars program.

If your book makes it into this year’s festival, you’re not just among celebrities. You’re among award winning authors! Three authors featured last year — Adam Haslett, Monica Youn, and Yaa Gyasi — have been nominated for National Book Critics Circle awards. And other featured authors have been popping up on literary publications’ best-of lists.

The festival’s primary goal is to provide an excellent and diverse mix of literature for all visitors and participating authors. The festival takes submissions from these genres: fiction (including all subgenres such as thrillers and Westerns), narrative nonfiction, graphic novels, cookbooks and food-related titles, poetry, children’s and young adult literature, art and architecture titles, titles with a Texas focus, and titles written by Texas authors.

While the festival has a broad appeal, there are a few types of books that don’t fit within the literary focus. Books on the topics of self-improvement, how-to, or books strictly of academic or religious interest will not be considered for the festival. Learn more about the nitty-gritty details on the 2017 Texas Book Festival’s Submit a Book page so you can wow the Author Selection Committee.

So if you’re an Austin book writer like Dream Big author Kat Kronenberg, get your submission packet together and make plans to attend the 2017 Texas Book Festival this fall. And thanks to the generosity of corporate sponsors, foundations, and individuals, the Texas Book Festival is free to visitors!