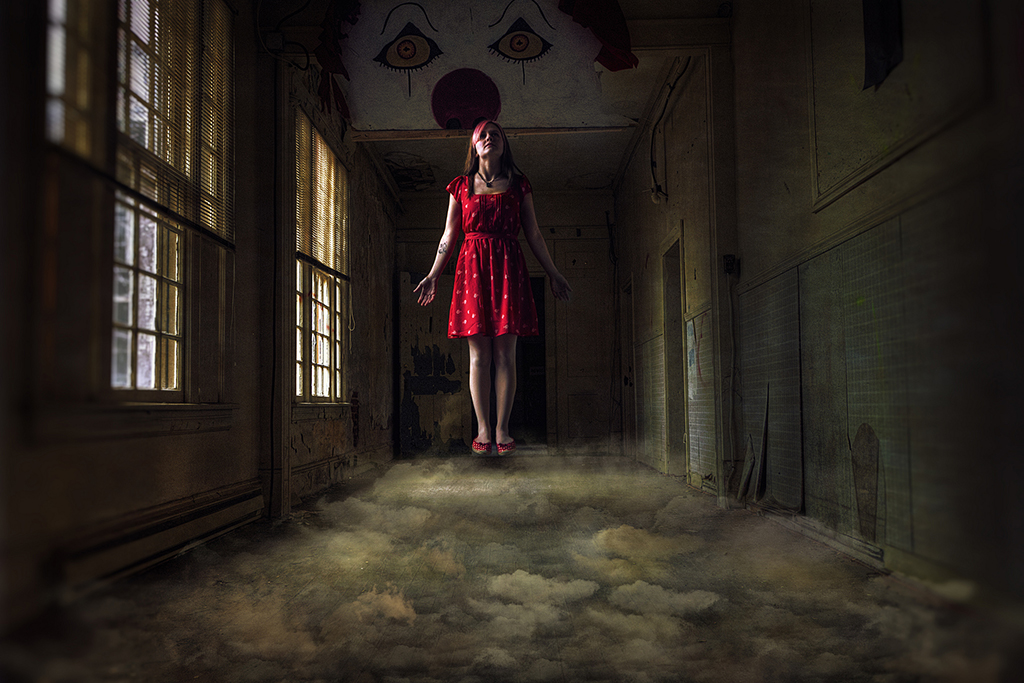 As Halloween creeps closer, we expect that many of you will be looking for a little fright — and perhaps even a little macabre — now and then throughout October. Many of our haunted houses, including the infamous House of Torment, are already operating in full force, providing adrenaline-spiking fun to those brave (or dumb) enough to enter. However, if you’d rather skip the whole there’s-a-psychopath-chasing-me-with-a-knife part and enjoy more of a low key terrifying experience, we’d suggest celebrating Halloween by watching a few epic horror flicks at memorable venues around town. Behold, Austin.com’s official guide to all of the Austin scary movie screenings playing this month that we think would be well worth your time:

Each Thursday evening in October, Jo’s Coffee will screen a free classic horror flick in their parking lot. Films will begin at around sunset, so be sure to arrive before then to set up your lawn chair or blanket, snag a drink and popcorn from Jo’s, and cuddle up to your honey before the creepy begins.

It’s hard to beat live music plus a good movie. That’s why Austin Film Society is teaming up with the University of Texas Wind Ensemble on October 29 at 7:30 p.m. to provide a community screening of Frankenstein, which was adapted from Mary Shelley’s novel into a film by James Whale on 1931. The movie was actually created without a soundtrack, but luckily, an American composer named Michael Shapiro later composed a truly fitting 70-minute score that you have the opportunity to witness live at Bass Concert Hall for $10 to $40, depending on your seat selection, as you watch.

Daughter of Horror at The Marchesa

Get excited because Austin Film Society isn’t isn’t planning to stop their Halloween festivities with Frankenstein. The very next evening — that is, October 30 — they’re partnering up with The Marchesa Hall & Theatre to screen a true oddball among horror films: Dementia: Daughter of Horror. The film contains no verbal speech, only a haunting music score and a seriously disturbing plot line about “a woman driven to kill by forces she does not understand.” The show starts at 7:30 p.m. As with most AFS screenings, members receive discounted ticket rates, while members of the public pay $10 general admission. You can purchase tickets online on AFS’ website.

If you missed the first two of Alamo Drafthouse‘s creepifying Terror Tuesday screenings in September, we’re seriously recommending that you hit up The Ritz for the two TT shows they’ve got scheduled for October — that is, if you don’t mind a little gore. But that’s not all the Drafthouse has in store for us this Halloween; they’re also gearing up to host Carrie and The Rocky Horror Picture Show screenings at The Village, as well as two Evil Dead II Quote-Alongs, two The Rocky Horror Picture Show Sing-Alongs, and no less than four GHOSTBUSTERS Movie Parties at various campuses. (And of course, their much-anticipated Halloween night scare fest at South Lamar goes without saying, but we’ll get into that later.) You can buy tickets online or at the door.

Undoubtedly one of the best movie theaters in town, The Blue Starlite Mini Urban Drive-In takes Halloween very seriously and thus, screens a plethora of horror movies throughout the entire month of October, set to the glittering backdrop of Austin’s skyline. This year, ultra-creepy films like Twilight Zone and The Shining feature prominently in their lineup, with much more lighthearted horror flicks like Beetlejuice and GHOSTBUSTERS making frequent appearances as well. You’re welcome to BYOB and foodstuffs, but keep in mind that the Starlite offers some nifty food packages and even serves s’mores! You can purchase tickets online or in person, but keep in mind that space is limited, so if you do plan to buy in person, be sure to arrive early. Leave it to the Alamo Drafthouse to provide Austin with a ten-hour horror film marathon on Halloween and to keep totally quiet about what’s in store for those who attend. All we know is that they’ve named the event “Dismember the Alamo,” they’ve recruited the Devil himself to run the show, and the graphic they’re using to advertise the event features the wriggling legs of a human being mercilessly devoured by a sharp-teethed beastie. If you think you can handle it, show up at the South Lamar campus at 1:00 p.m… and do try to walk out of there alive and in one piece, okay? Tickets start at $35.