Nothing Can Stop Austinite Danny Trevino

Austin actor Danny Trevino is proof that a positive attitude is what it takes to make it in the world of entertainment. Actually, it helps to make it in any kind of business. But the business Trevino is focusing on is show business — a career choice that requires determination, hard work, and a very thick skin.

The San Antonio native seems to have all of that, thanks to his parents.

“My parents are big inspirations to me. My mom and dad are very hard workers. I really try to do it all for them.”

Now, let’s get down to business about how this former radio DJ became an Austin actor on the rise.

Trevino majored in Mass Communications at Texas State, where he met Larry Hovis, one of his motivational mentors. Hovis was perhaps best known for his role as Sgt. Carter in the long running and now syndicated television series “Hogan’s Heroes.” For you youngins, that was a sitcom in the ’60s about inmates of a German World War II prisoner of war camp. Sounds hilarious, right?

Hovis’ dedication to his students sounds a bit more inspiring. The TV legend so believed in Trevino that he allowed him to audit additional classes and even recorded his audition for the ’90s soap opera, “Passions.”

Post-graduation, Trevino became a popular radio DJ here in Austin where he spent years on the hip hop station HOT 93.3. When the station was dissolved to make room for KGSR on that frequency in 2009, it gave him the opportunity to return to acting.

Shortly thereafter, he landed a short film called Little Wars and the independent feature Generation Me, which was filmed entirely here in Austin.

With his passion for acting reignited, he landed an agent and started going on auditions.

For those of you who may be interested in getting an agent of your own, he found his first by inquiring in a Facebook post. A friend later sent a message about an agency he felt would be a fit for the aspiring actor and, sure enough, he later signed with them.

Trevino has since changed representation and is currently looking to land other roles outside of Texas since incentives offered in other states make for more jobs elsewhere. But that’s a story for another day.

In the last few years, he’s done a lot of commercial work and worked behind the scenes on the El Rey Network series “From Dust Till Dawn” as a stand-in and body double (though he was also featured on-screen in two episodes). A feature he appears in called Trippin’ to the Altar screened at the Idylwild Film Fest earlier this month and received accolades in 2016 at the Ft. Worth Indie Film Festival (Best Domestic Comedy) and the Austin Revolution Film Festival (Best Texas Feature Comedy).

“It’s really a love story to Austin. Every piece of Austin is in that movie.”

As we first reported in November, Trevino serves as the lead in the web series “Trap Plane,” which won 2016 Best Drama at the NYC Web Fest. 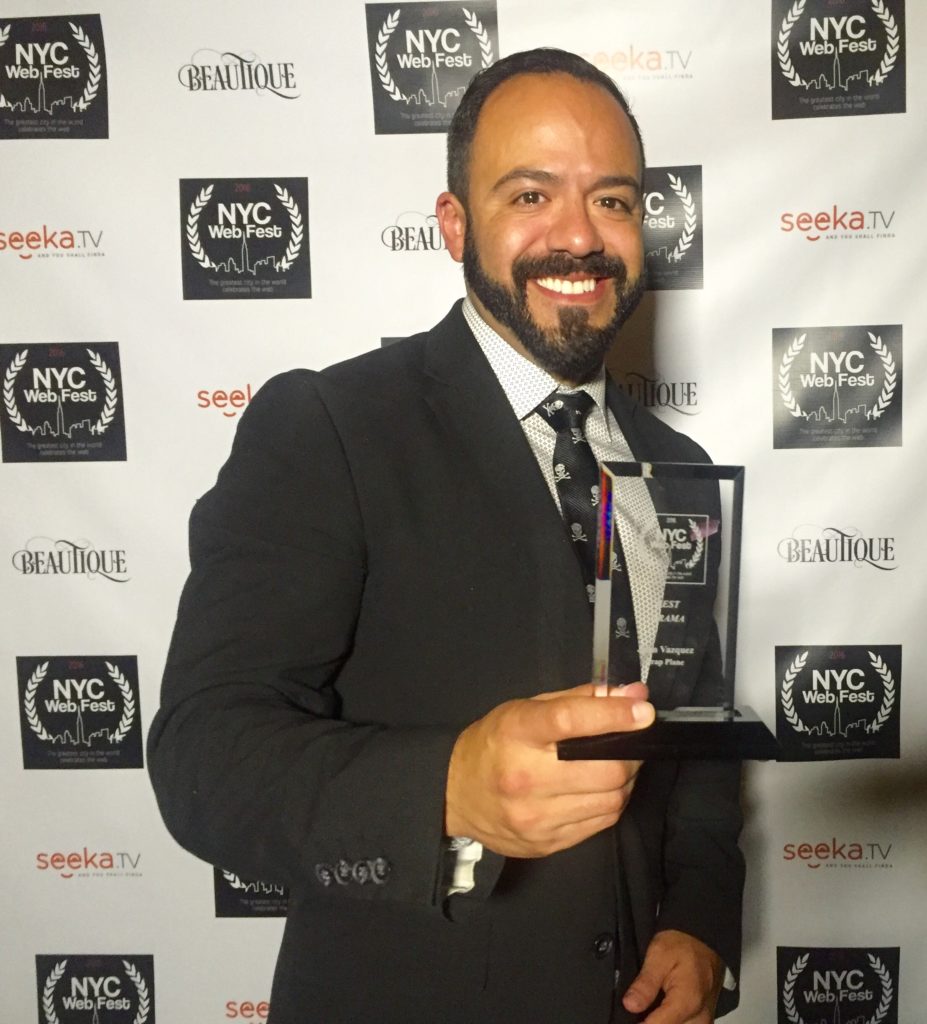 The six-episode series premieres in Houston on January 28 and he couldn’t be more excited.

“I’m ready for a Texas audience to see the whole thing!”

He also just wrapped the feature film Aghora. Shot in Austin, the horror film already has distribution rights on the East Coast and in India.

Next up, the Austin Spurs arena host (yes, he’s a man of many talents) is working on a couple of shorts, one of which he’s producing, auditioning for some exciting projects, and looking forward to season two of “Trap Plane,” which has been given the green light.

Speaking of auditions, Trevino has some words of wisdom to offer regarding that heady task:

“People don’t really understand how hard it is, how many mind games you have to play with yourself. When you get a job, you’re very excited. But when you don’t, you just have to move past it. Every day you have to challenge yourself.”

Challenging yourself is key to making it in the biz, as is building a network, which is something he says is easy to do here in Austin.

“In Austin, yeah, it’s competitive. But at the same time, it’s Texas. People want to see you do well. We are friendly here.”

So friendly, you could refer to the film making community as kin.

“The amount of talent and awesome crew members here in Austin is so big. I love working with all of them. They are so talented and hard working. We’re a family.”

If being an actor is your dream, Trevino advises you take classes, invest in good headshots, work hard, don’t burn bridges, and, remember this:

“There’s no right way to do it. Everyone has their own path. I’m still trying to find the path!”

Sounds like this Austinite is definitely on the right path. 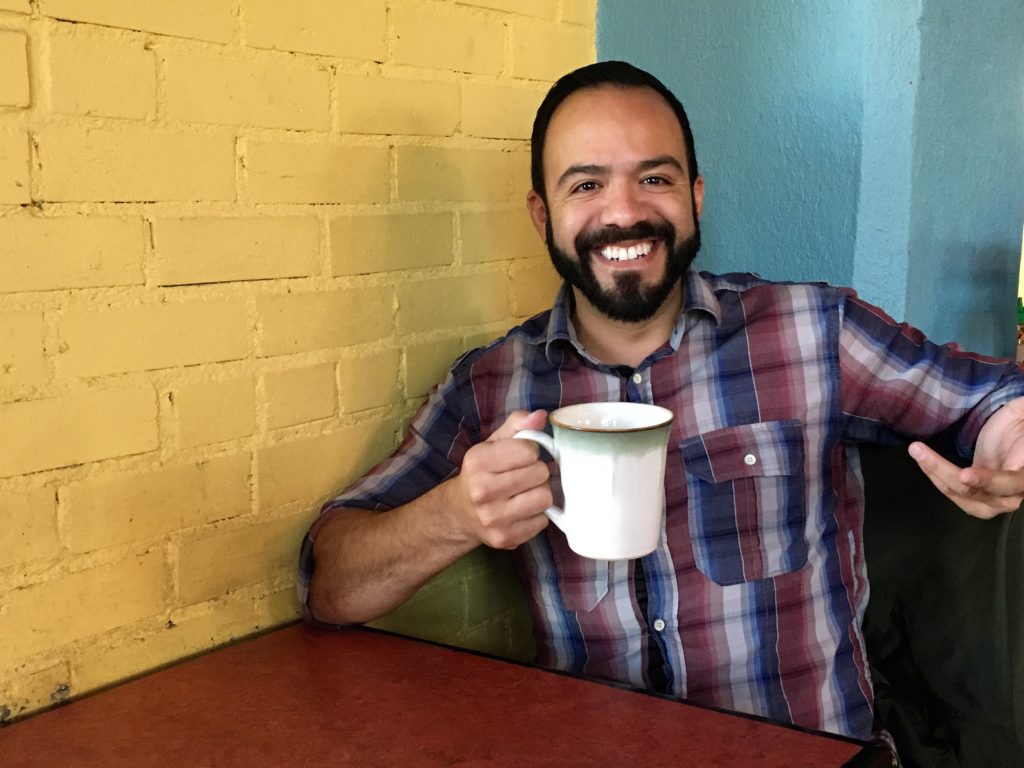 Do you know an actor in the Austin area who you think should be highlighted? Email us with contact info.