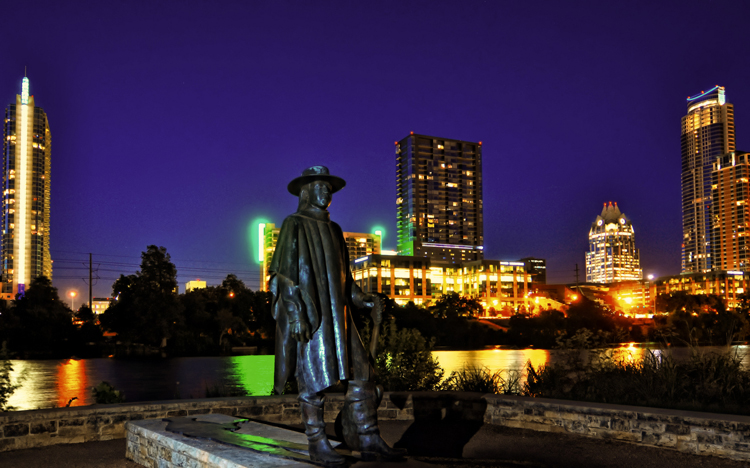 Last year, entrepreneur Paul Murphy decided he needed to move his startup, Clarify, from England to America. He was developing a clever program interface that can search videos or audio recordings for specific words. But finding funding for these kinds of applications is difficult in Europe. In order to grow, he needed to relocate to the U.S.

After considering New York and the Bay Area, Murphy and his partners decided on a town that he himself had never visited: Austin, Texas. “I couldn’t find anyone who had a bad thing to say about Austin,” Murphy said. Lack of a personal income tax, relatively cheap real estate, and a strong tech community in a carefully planned and revitalized downtown sealed the deal for Murphy and hundreds of other entrepreneurs who are flocking to Austin to set up shop.

With a 41.4% jump in tech-industry employment between 2001 and 2013, Austin ranked as the top city for technology job creation on a recent Forbes list. The Austin Technology Council expects 11,754 new tech jobs will be added to the mix over the next five years. Though computer giant Dell has been based in Austin (and nearby Round Rock) for decades, the city’s reputation as a viable alternative to New York or Silicon Valley for high-tech entrepreneurs has really taken off in recent years.

So why start your tech business in Austin instead of Silicon Valley or another one of America’s tech hubs? Six simple reasons… People are generally friendlier, and there are cute quirks about the city, like playing Chicken Shit Bingo on the weekends and watching the bats come out from under the Congress bridge. The natural swimming holes, like Barton Springs and Hamilton Pool, are lovely as well.

SXSW happens here. It’s an amazing annual gathering of the tribes from east and west, both geeky and artistic, all invading Austin for a “conference” that involves more great parties and live music than any other in the world. ACL happens here too, and so do a dozen other major festivals. The Bay Area has nothing that even comes close to Austin’s festival culture.

4.) Hiring is A Breeze in Austin Unemployment in the city is 3.2% as of this writing, compared to 4.1% on average for the rest of Texas. Even with 120 newcomers moving in every day — many of them looking for jobs in the growing tech sector — there are plenty of roles to go around. Unlike Silicon Valley, Austin’s job scene has managed to avoid becoming entirely cutthroat.

3.) Austin IS A HUB FOR ENTREPRENEURS OF ALL KINDS This mentality makes it easy for entrepreneurs to thrive in Austin. In addition to the nonexistent personal income tax — it can be as high as 12.3% in California — Texas offers $19 billion per year in incentives for things like creating jobs and relocating businesses to the Lone Star State.

2.) The Scene is smaller, which means more attention There are a few VC firms in Austin, and there is Capital Factory and Tech Stars (some of the best-known incubators anywhere), but the sheer volume of tech startup activity is nowhere near that of Silicon Valley. That’s actually a good thing. Since the tech scene is smaller, it’s easier to get noticed, get to know people, and develop robust networks. Austinites are more down-to-earth than Silicon Valley’s high rollers, and they’re much nicer than New Yorkers. The slogan is “Keep Austin Weird,” after all, so pretty much anybody is accepted. So long as you’re doing you and not hurting anybody, Austinites are pretty cool with it.