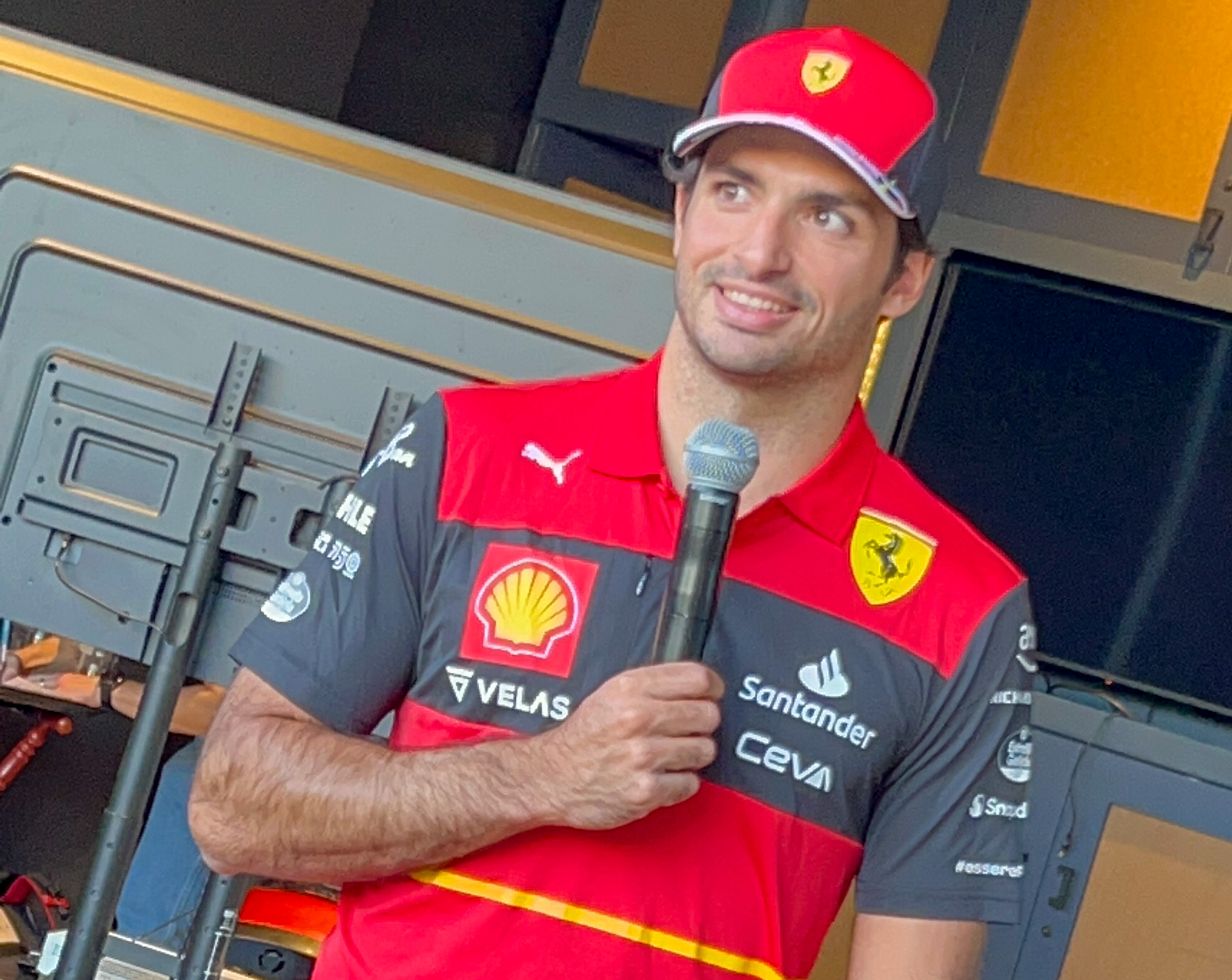 F1 week is officially underway and the teams are already out and about in Austin. So keep those eyes peeled because you might just spot one of the best drivers in the world at your favorite restaurant or hang out.

At an event on Wednesday afternoon, Scuderia Ferrari driver Carlos Sainz made an appearance at an event with cybersecurity leader Bitdefender at the Canopy Austin Hotel. Following the announcement of a multi-year partnership and introduction by Bitdefender co-founder and CEO Florin Talpes, Sainz talked about the partnership, this weekend’s race, and how he feels about being back in Austin.

“It remains one of my favorite weekends in Formula One,” the Spanish driver said. “The vibe of the city, the food, how the fans get involved with the Grand Prix and the city, I think it’s one of the best.”

Though the drivers usually stick to a strict training schedule and diet, even they know there are things that are worth veering off track for.

“You have brisket one night and skip breakfast the next day to compensate,” he explained. “I’m an athlete and I will take care of my diet and my training but there are things you cannot skip.”

After a short Q&A, Sainz snapped pics and signed autographs for clients, partners, and employees of Bitdefender. The partnership between the tech company and Scuderia Ferrari combines the power of two leaders of high performance and innovation using the power of data, humans, and machines working together to excel.

Speaking of excelling, Sainz and fellow Ferrari driver Charles Leclerc are hoping to do just that this weekend in Austin. While driver Max Verstappen has already claimed the world champion title, a strong showing from Team Ferrari could hold off Red Bull from claiming the 2022 Formula 1 Constructors’ Championship while here in the US.

Looking for more F1 events happening in Austin? Check out this post.