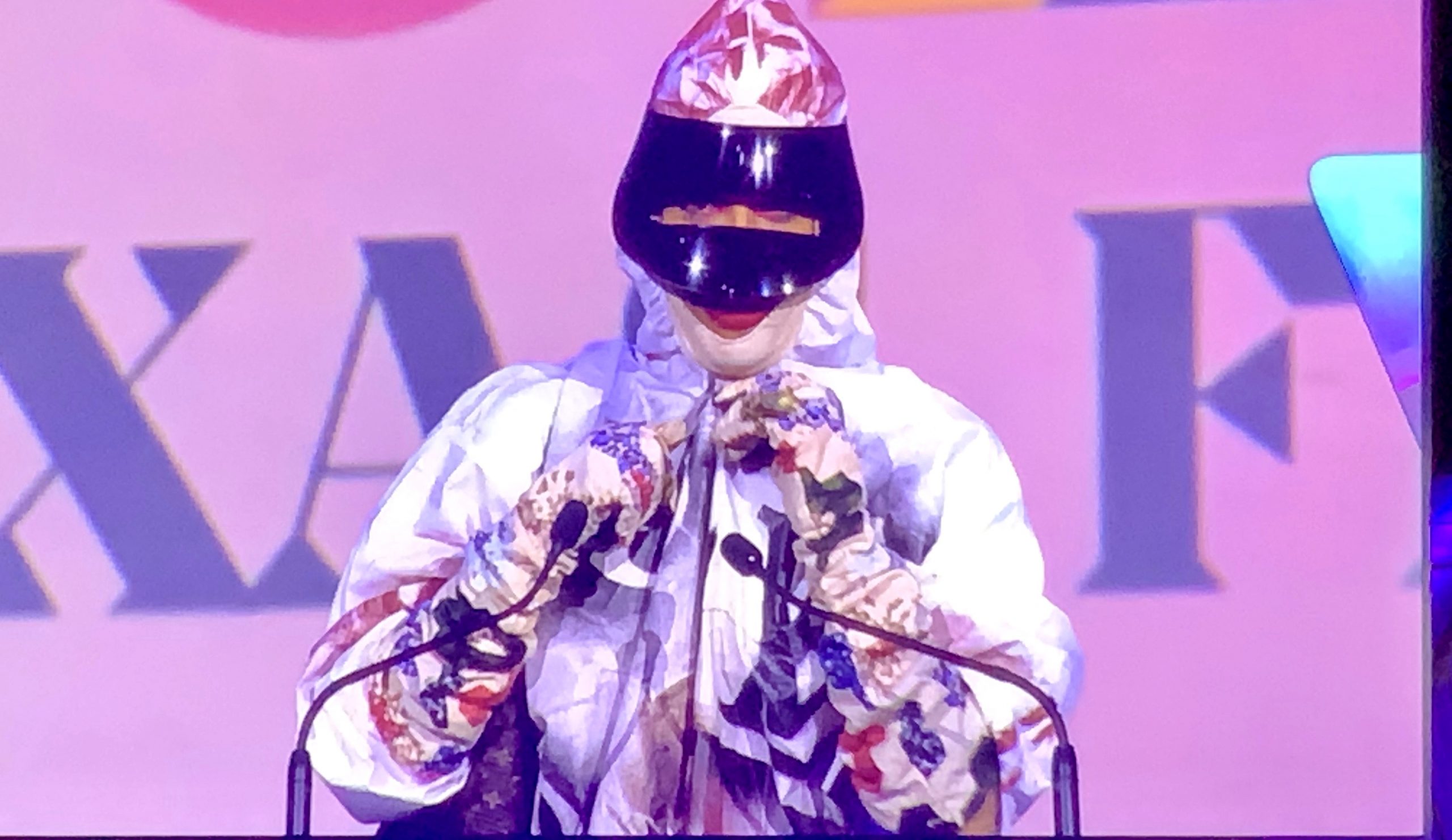 Erykah Badu was honored with the soundtrack award at the Texas Film Awards on Thursday and her appearance sure was memorable. The Dallas native took to the stage in a head to toe hazmat get up that appeared to be designed by Louis Vuitton.

After talking about how Dallas and her upbringing impacted her life, she touched on her 20 year career in the entertainment industry saying, “ I just want to thank everyone in Texas who always support me, always cheer me on no matter what happens. Don’t mess with Texas.”

She also suggested that she and emcee Parker Posey team up for a new version of Cheech and Chong. We’re here for it.

Badu wasn’t the only Texan honored at the award ceremony, though she was the only one who was able to make it to the event. The night’s other recipients were Kaitlyn Dever who received the Rising Star Award, Shelley Duvall who was inducted into the Texas Film Hall of Fame, and Michael Murphy, who along with Duvall accepted the Star of Texas Award for the Houston shot Robert Altman film Brewster McCloud. They each appeared via video to accept.