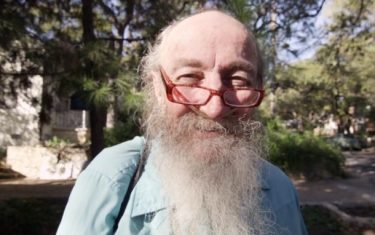 Downtown Austin just got a little less weird, as beloved character Crazy Carl will no longer be spinning flowers in front of Esther’s Follies. As of this weekend, he has retired in order to spend more time with his partner, Charlotte, reports Austin 360.

Carl spent a total of 40 years twirling flowers, 25 of which were spent on 6th Street. Fans had one last chance to see him do his thing on Saturday night, and Austin 360 was there to capture the evening for an incredibly moving slideshow.

Thanks for always being you, Carl.

Celebrating the man, the myth, the amazing CARL with his last night of shows! #esthersfollies #carlandhismanboobs ?

#CrazyCarl has entertained #Austinites fo 40 years spinning flowers on #SixthStreet and at UT baseball games. I just heard he's hanging it up. Glad I got to see him Friday evening in front of #EsthersFollies. #StreetPhotography #FujifilmX30 #DowntownAustin