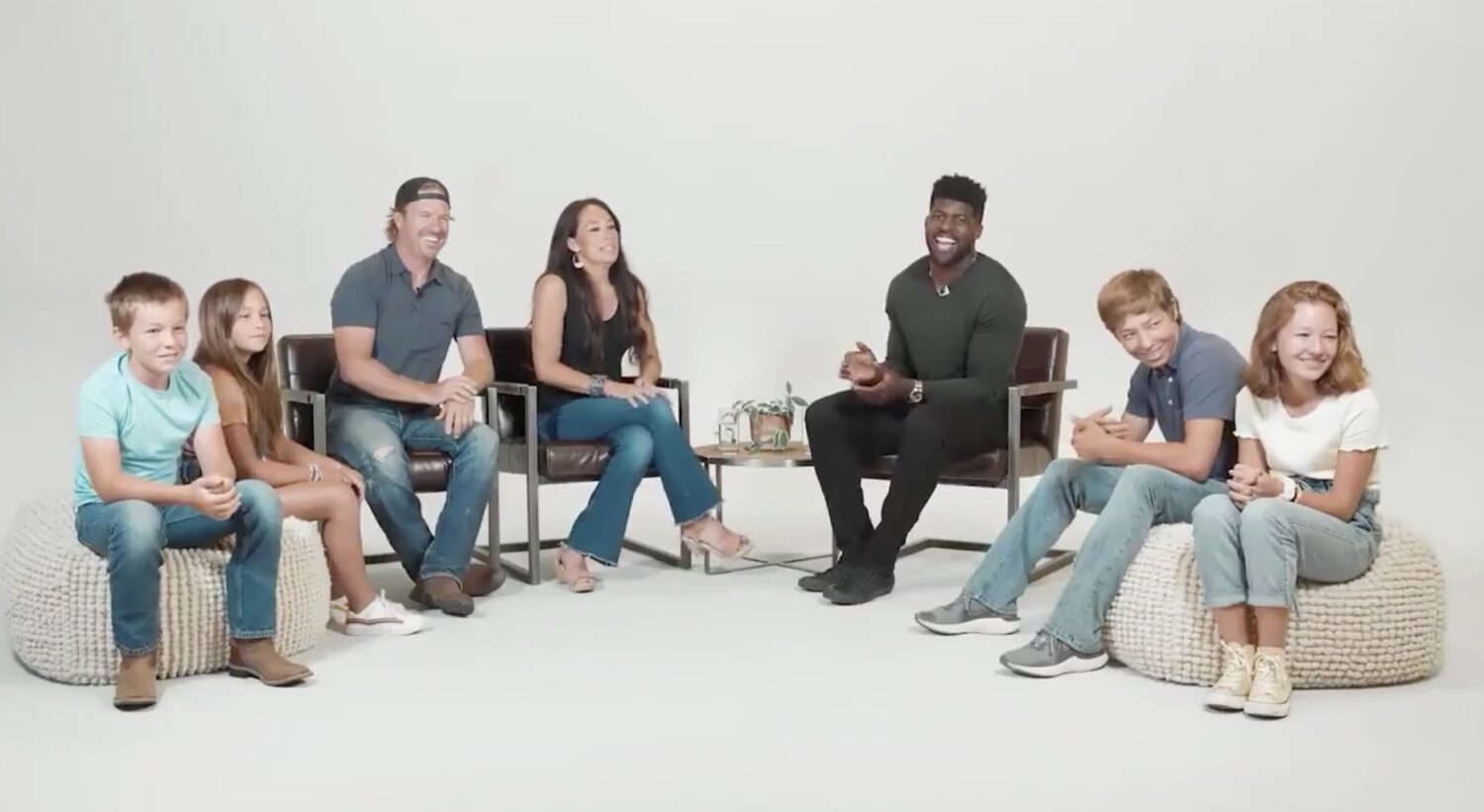 In the third installment of Uncomfortable Conversations With A Black Man, former Longhorn Emmanuel Acho chats with Chip and Joanna Gaines and family.

If you somehow aren’t aware, Chip and Joanna are the couple behind the Waco based Magnolia brand and the hit series “Fixer Upper” on HGTV, which they exited in 2018. The couple is supposed to be launching their own network this year, courtesy of Discovery.

In the chat with Acho, the couple are joined by their five children. When asked why they brought their kids along, Chip stated that the idea of an uncomfortable conversation with a black man is “exactly what we need at this exact time.”

In case you missed it, you can watch Acho’s conversation with Matthew McConaughey here and the original installment of this series here.