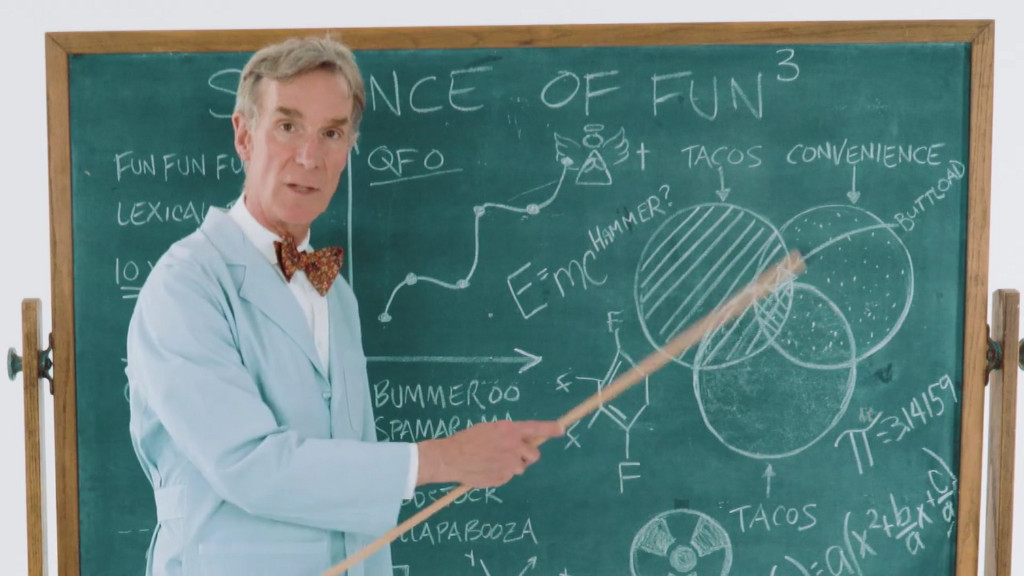 The Fun Fun Fun Fest 2015 lineup has just been announced! Excitement! (See below.) But that’s not what this is about.

Some brilliant marketing rep decided to get noted science person Bill Nye involved with this year’s outreach. What resulted is this absolutely sincere video breaking down the various equations that prove Fun Fun Fun Fest is much more fun than other festivals. Festivals like Bummeroo, Spamarama, Brochella, Foodstock, or Lollapabooza.

You know the ones we’re talking about.

As Nye explains, it’s really a matter of overlapping venn diagrams mostly involving tacos (but also the convenience of having those tacos fired at you from a cannon); the “QFO effect,” which is mostly complicated science stuff that he’ll explain; and of course “the Wu Factor,” which Nye called “a naturally occurring element” at this year’s festival that cannot, and indeed will not, be denied.

“So, scientifically speaking, that ain’t nothing to f*ck with,” he elaborated.

The full festival lineup follows below. Tickets are on sale now — AND they’re even doing payment plans.