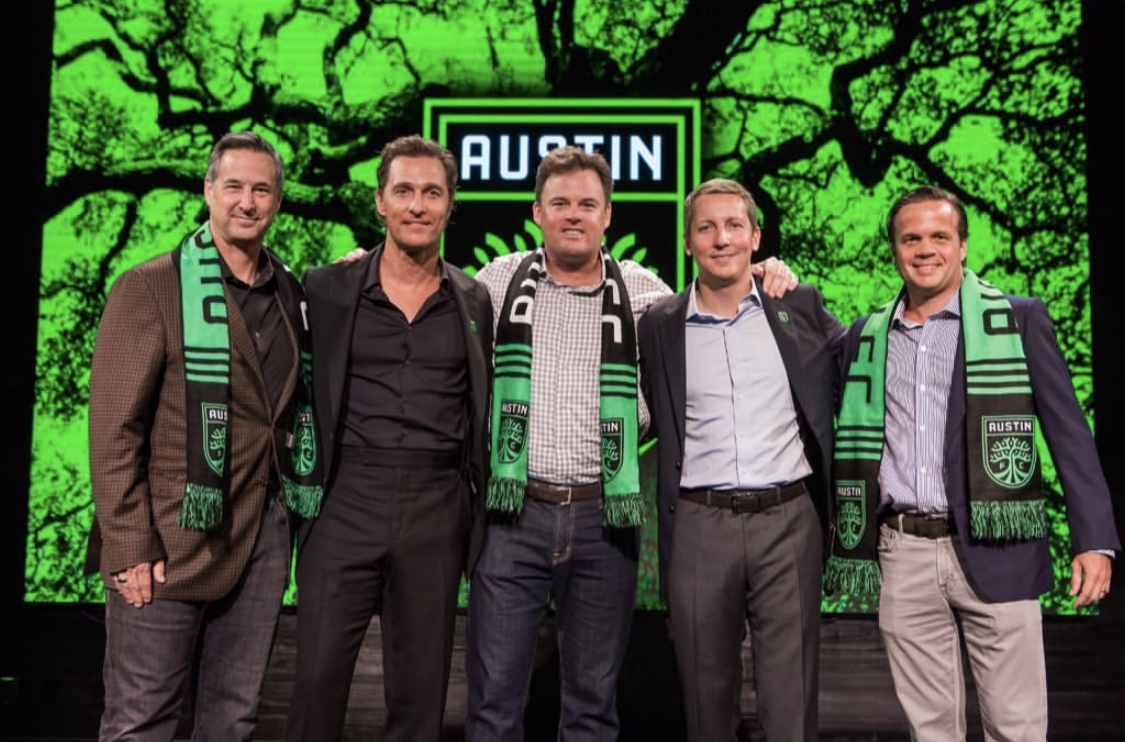 Today Two Oaks Ventures, the parent company that owns the rights to operate Austin FC, announced that Matthew McConaughey is now part-owner of the new Austin football club. Sounds like everything‘s gonna be all right, all right, all right for that team.

12 Mighty Orphans, the incredible true Texas football story based on the novel by Jim Dent, is being made into a movie. The movie will shoot in Fort Worth, and Dallas native Luke Wilson will star as Coach Rusty Russell. The film will be directed by Ty Roberts, who co-wrote the script with Austinite Lane Garrison.

Roberts and Garrison previously worked together on the film The Iron Orchard which premiered at Austin Film Fest 2018. You can read more about it here.

Camila McConaughey posted two adorable videos of her adventures with her mother-in-law on Instagram. Unaware that a video was being recorded, the elder McConaughey laments that her hair looks like crap and she does not like it.

Vampire Weekend released a limited edition shirt to support Austin’s Emancipet. On sale at their Austin shows at ACL Live, all proceeds from the shirts were donated to Emancipet, which helps provide affordable vet care that’s accessible to all pet owners.

And speaking of Emancipet, in honor of National Dog Day on August 26, Second Bar + Kitchen Downtown will be offering $1 to Emancipet for every Yaperol Spritz Cocktail they sell during their all-day yappy hour.

The kids are back in school and you weren’t the only one posting pics of your little tykes on Instagram. A few famous Austin residents shared photos of their children as well. We found these from @nowandgen (Jared Padalecki’s wife Gen), @sixandboe (Jackson Rathbone’s wide Sheila), and @jessicaduckwife (Jep Robertson’s wife Jessica).

Want to know what other famous couples live in Austin? Check out this post.

Garth Brooks will be at Gruene Hall on September 23 as part of his dive bar tour. According to a press release, the only place that fans can get tickets is through their local country radio stations.

Tiff’s Treats is expanding to San Marcos and Charlotte, North Carolina. If the Charlotte location seems out of left field to you, it’s not. It’s investor Brooklyn Decker’s hometown. In fact, she and hubby Andy Roddick will be at the new location on Saturday to meet and greet with Charlotteans.