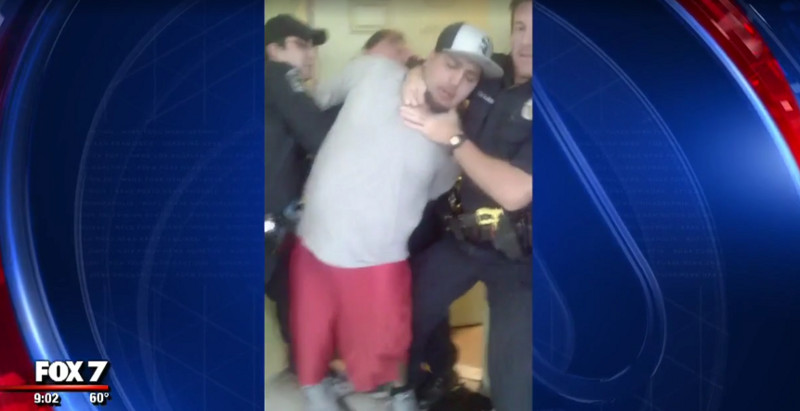 Another Violent Arrest In Austin Is Caught On Camera

FOX 7 — Another Austin arrest caught on camera. This one happened Friday afternoon. Police were called to an apartment complex, where three people were arrested: the person shooting the video, the person in the video, and his younger brother.

The person in the video, Louis Aguilar, was charged with resisting arrest and assaulting a police officer. He says he fought back before being hauled away because an Austin Police Officer pushed his mother down.