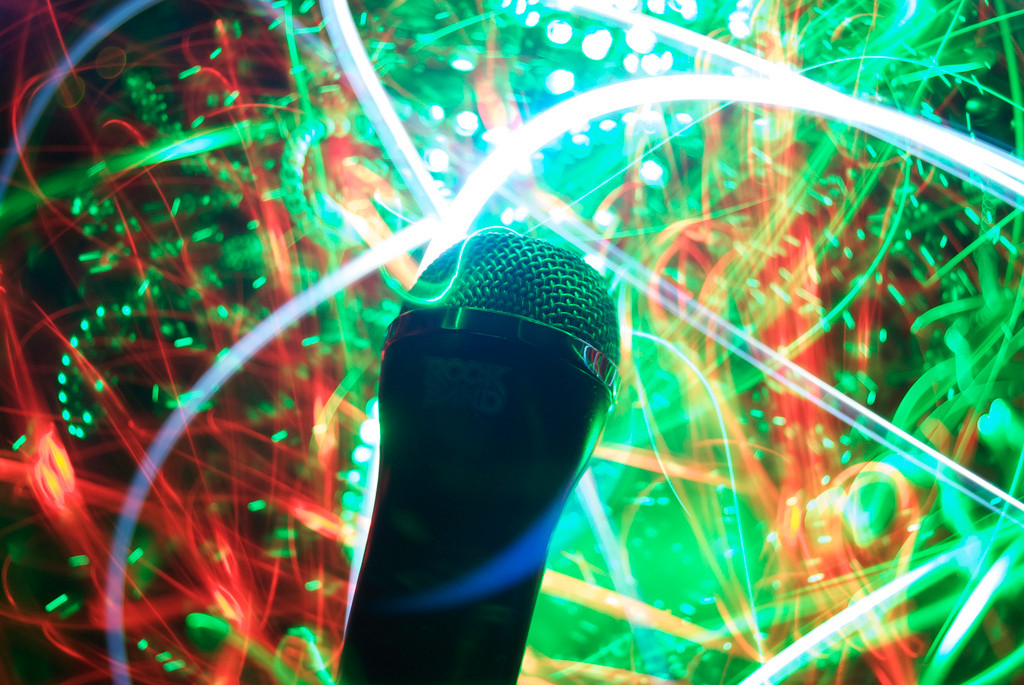 10 Austin Albums That Rocked Our Socks Off In 2014

Over the course of 2014, Austin bands released hundreds of great and memorable albums. With so much iconic music coming out of this town, it can be hard to even begin taking in the scene without a little help. So, Austin.com has taken up the task of naming 10 of last year’s very best records. You’ll also find a song from each album available to stream, below.

In hopes of keeping our objectivity, the following musical works are simply stated, not ranked. These are the Austin albums from 2014 that no music fan should miss.

While Speak is not one of Austin’s more well-known bands, they certainly put out catchy records. While they released their debut album I Believe In Everything in 2011, their fresh take on synth pop gives life to a scene that has a large focus on rock and country. Every song on Pedals is a memorable one that has its own unique sound and feel. The band’s colorful twist on 80’s style synthpop may draw comparisons to the British indie group Bombay Bicycle Club with their glittery and shimmery sound, but Speak is Austin’s own, and their slick pop tunes are not to be missed.

And You Will Know Us By The Trail of Dead, IX

Throughout their twenty year career, Trail of Dead — as their name is often abbreviated — has put out one of the best records of the year, as IX feels more musically focused than their previous efforts, which seemed to concentrate more on making their musical attack loud, lively, and a little bit quirky. Not everyone is going to enjoy Trail of Dead’s songs and performances, but on IX, the group has made it so even their critics can enjoy what they hear, and the band have ultimately succeeded.

If you are looking for a breezy and light escape from some of the heavier Austin bands, than you should certainly run to Waterloo Records and pick up this little known gem. Perfect for that lazy day at the beach, Shivery Shakes delivers a pleasing and fuzzy take on pop music that fans of Buddy Holly and the Beach Boys will enjoy. While the album’s sound is a bit muddy, the band plays so well that its rougher sound won’t matter to those who may be looking for something more polished.

Released in August, Ruthie Foster’s eighth album Promise of a Brand New Day is one of the more promising albums released by an Austin artist this past year. Right from the first notes of “Singing the Blues”, the album’s opening number, to the final notes of its closing acoustic track “New”; Ruthie Foster has crafted a satisfying and beautiful record that demonstrates fully that she is one of Austin’s most soulful musicians.

Ghosts Along The Brazos, When It Rains It Pours

The latest collection of music from Dale Watson is the Truckin’ Sessions Trilogy, which is a triple record, full of old fashioned country music that really goes back to what country music is really about-good storytelling, and songs that will stick with you, no matter how hard you try to get them out of your head. On his latest release, Watson is a vibrant and cheerful performer who really knows how to grab hold of his audience and move them with his simple songs about taking long drives and exiting on Exit 109. Sounding crisp and clear vocally, we feel like we are getting our own personal performance from Watson, as the records production relies on simplicity and talented engineers and producers to make a great release.

On their latest release Gone, Pong has stuck to the same quirky and trippy rock and roll tunes that make the group so likeable. On tracks such as “Still Here” and “Living In The Future” the band’s music has a spacey sound that takes influences from the 70’s and 80’s. While their music may sound unconventional at first, their songs work incredibly well as each tune is entertaining and well composed.

On their latest effort 3:Trickgnosis, Churchwood have written a lively album that fits in perfectly with Austin’s music scene. With their spritely take on blues and rock, their music remains entertaining from start to finish, and have become one of Austin’s most loved bands. A notable aspect of the record is the group’s ability to play like a jam band, as it feels like they came up with many of the parts for the album on the spot, instead of recording parts that were already written. While their music doesn’t evolve much with each release, Churchwood have become so good at playing blues that every album sounds fresh and exciting.

On Ray Benson’s latest solo release (his first since 2003’s Beyond Time) he brings together the classic country style with hints of rock. With the perfect mixture of mid-tempo and slow tunes, along with a duet with the legendary Willie Nelson, Benson offers fans a chance to listen to some very authentic country music, which reminds us of what country once was, when you consider the more formulaic sounds of modern country music today. On A Little Piece, we hear gorgeous acoustic guitar parts, and cuts that are written so that listeners can lose themselves in them. While Benson is in his 60’s, he plays like he is younger than his years, and hopefully A Little Piece will not be his last release.

Shakey Graves, And The War Came

Shakey Graves released And The War Came in October of 2014, and since then he has made the announcement that he will be playing the Bonnaroo music festival later this year. While there are not many Austin bands that have the draw to play these types of festivals, its apparent from the first notes of his latest release, that Shakey Graves will not have any problems having his music surging in popularity after Bonnaroo, as And The War Came makes for a fun listening experience right from the start. Anyone who is looking for fresh, easygoing, and catchy tunes will adore Shakey Graves and his approach to music.

Want to buy one of the albums listed here? Find ’em at Waterloo Records. If you would like to read more of Lauren Gribble’s reviews, head over to Listen Here Reviews.