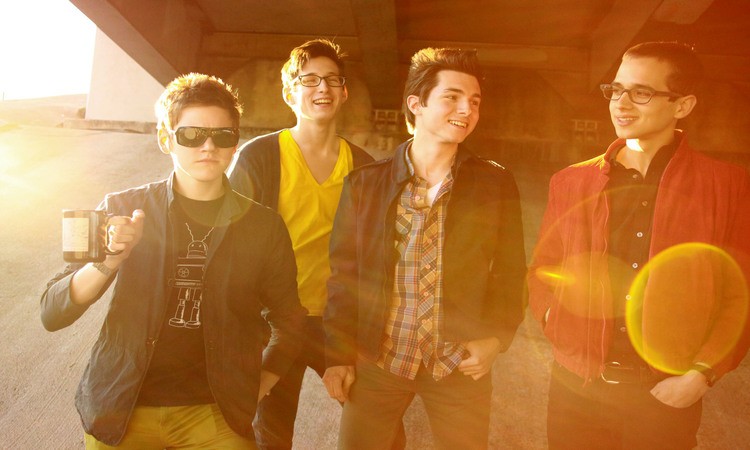 The new album Pedals from Austin synth-pop band Speak is a catchy and expansive record that will be popular among music fans who grew up in the 80’s.The group was formed in 2008 and released their debut album I Believe In Everything in 2011. While the Austin music scene has a wide range, Speak is a rare local act where everyone listening will find something to enjoy. Pedals opens with “Gates”, a track that sounds like the group took a large chunk of influence from the British band Bombay Bicycle Club with their colorful style of music. While the band certainly wants their sound to stand out amongst the crowd, it is clear with Pedals that Speak want to keep their tunes sounding unique and varied so that nothing sounds the same.

Next, we have “Nightlight”, a song that hits us with a rush of sound and an explosive guitar riff that pulls listeners into the music.  While “Gates” was not a boring choice to open Pedals with, kicking off the record with “Nightlight” would have been a better choice. It feels like the song really encapsulates what Speak and Pedals are all about, which is grabbing people’s attention with energetic and easygoing songs, while keeping the variety flowing.

“Modern Art” is the next cut on the album, and its more computerized sound gives a new and different feel that we haven’t heard so far on Pedals. While the track has a monotone sound, the most notable aspect is the muffled vocals from Troupe Gammage, the bands keyboardist and lead vocalist, as this recording technique gives the track a distinct feel. While the song has a sound all of its own, it sounds more fit for a dance club than a live show setting, as it feels like concertgoers would fail to take notice of the track if they were listening to it live, as it has a repetitive feel. Lastly, Pedals closes with “Trials” a song that features a kaleidoscope of sounds that really wraps up the vivacious feeling of the record.

While the band is obviously heavily influenced by 80’s and synth pop music, the group has really tried to make the style their own. They have put their own twist on a musical era and genre that too many believe to be obsolete.

Here’s a sample from the album…