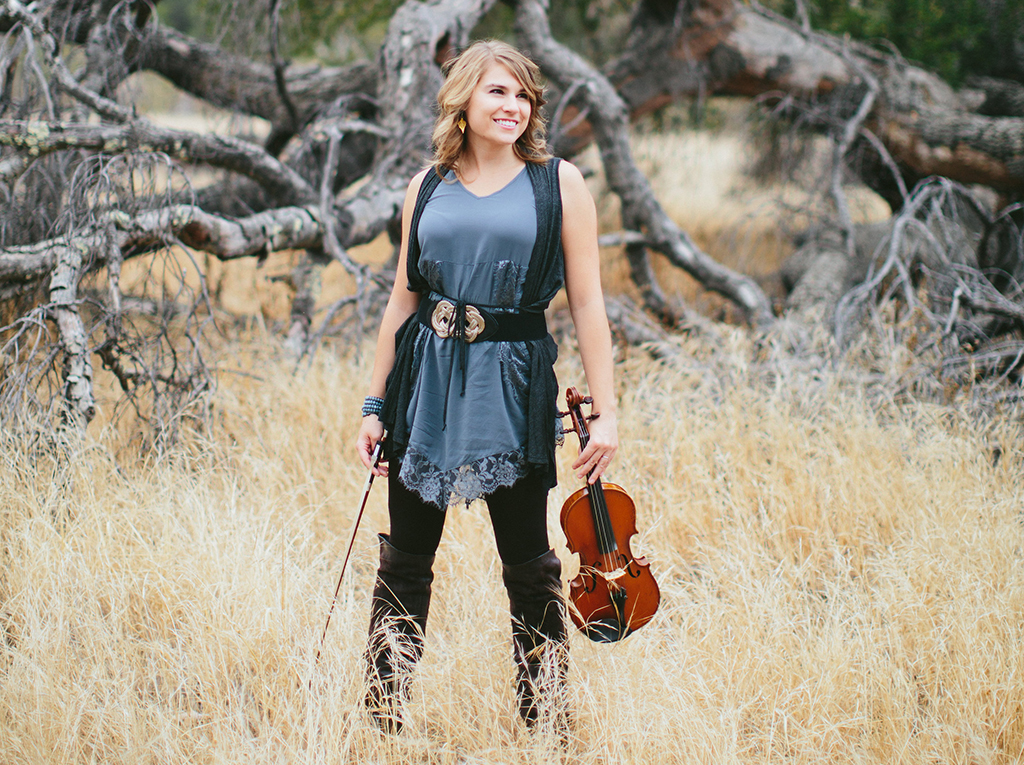 Violinist Taylor Davis Is Going To Kill It At The Long Center. Here’s Why.

Within Austin’s wildly vibrant live music scene, there’s a sad truth: artists within certain genres just don’t get as much love (not to mention radio time) as trendy alternative bands, boot-stomping folk singers, and beat-happy pop divas. Classical music is definitely one of those under-appreciated genres, but by consistently featuring performances of soundtracks from much-loved video games, movies, and other cultural icons, The Long Center is working tirelessly to get the word out: Classical music is awesome!

Enter Taylor Davis, a classically trained violinist whose instrumental video game and adventurous film covers have probably already wowed you on YouTube (if they haven’t, you need to get right on that). Davis started her channel five years ago and has since accumulated almost one million followers, plus more than 100 million video views and 200,000-some-odd Facebook likes. Davis will be performing some of her favorite covers and original songs from her latest album, Taylor Davis, which debuted at #10 on Billboard’s classical chart in March, at the Long Center on October 28 at 7:30 p.m.

Davis was willing to sit down with Austin.com this week to talk about her life and work. Here’s how our conversation played out:

Q: Can you tell me a little bit about yourself and your background in violin?

I grew up in a small suburb of Chicago, Illinois in a wonderful family with my mom, dad and older brother. My parents have an appreciation for music, but my dad has never played a musical instrument and my mom only played piano as a hobby when she was younger, so I wouldn’t say that I came from a musical family. I was about 8 years old when I started playing the violin. At first I really didn’t like it and wanted to quit because it was so difficult and I sounded so terrible! My mom really encouraged me to stick with it and after about a year of playing, I started to enjoy it a lot more. I was classically trained, but to be honest I haven’t ever had a passion for classical music, so I never liked to practice much when I was growing up. I always preferred playing video games to playing the violin!

Q: Why did you decide to pursue violin professionally?

Since I mostly played classical music and wasn’t that passionate about it, I started losing interest in the violin by the time I entered college. I was always told by teachers and other musicians that it was nearly impossible to have a career as a musician unless you wanted to teach or were skilled enough to win an audition with a major orchestra, so I never intended to pursue a full time career in music. I majored in public relations in college and minored in violin performance mostly for the scholarship I received. Right before I graduated, I started to feel really sad that music wasn’t going to have a prominent place in my life anymore, so I decided to look into different ways to stay involved with it and that’s how I started posting to YouTube. I was working a business job while posting my early videos and decided to quit that job and pursue music full time once my channel started to grow. It was a risk since I wasn’t making any money with it at first, but I new I would regret it if I didn’t give it a try and I’m so glad that I did! Q: As a classically trained violinist, what motivates you to play covers from video games and adventurous movies?

I grew up loving these soundtracks and always felt more inspired by the music I would hear in games and films than any other music. My older brother got me interested in video games at a very young age and gaming has been a huge passion of mine since before I even started playing the violin. I first noticed my interest in video game music after playing the game Chrono Trigger, but it wasn’t until I played Final Fantasy VII when I was in middle school that I became more passionate about that music and started messing around with the different themes on my violin. I love this type of music so much and it’s really been a privilege to turn that love and appreciation for this style of music into a career and share it with other people around the world.

Q: How do you see your interest in gaming and film reflected in your own original compositions?

Q: Your new record Taylor Davis certainly sounds like a video game or epic film. How long have you been working on the album?

I used a crowdfunding site called Pledge Music to gauge the interest in an original album back in October of last year. My fans showed amazing support and the album was funded much faster than I thought it would be. I didn’t start actively working on the album with a producer until November. Some of the songs I had started composing as far back as middle school and those still needed to be professionally produced, but most of the songs were created specifically for the album. It took about 4-5 months to complete and release.

Q: Which composers inspire you?

There are so many incredibly talented composers and musicians out there and I’m constantly discovering new music that I love, so I never feel like I’m at a loss for inspiration. If I had to choose some of my go-to sources of inspiration, I really love Nobuo Uematsu, John Williams, Alexandre Desplat, and Thomas Bergersen.

Q: Many creatives experience difficulty transitioning from personal enjoyment to the professional monetization of their craft. What advice would you give them?

As hard as it may be to get used to this idea, I really think you need to view what you’re doing as both art AND business. I think the word “business” sometimes has a negative connotation among the creative community and people seem to fear that mixing business with their art will somehow cheapen what they’re doing or limit their creativity. I see a lot of creatives who want someone else to handle that business part for them so they can focus entirely on their craft, but I personally think it can be better in the long run if you can handle the business part of your career yourself, especially in the early stages of your career.

You need to be willing to put yourself out in the world and promote what you’re doing with as much time and passion as you put into your craft, otherwise it’s very unlikely that anyone will ever be able to find you and enjoy what you’re doing. Besides, early on you probably won’t find anyone willing to put more time and energy into promoting what you’re doing than yourself, so it’s worth the extra effort to make sure it’s getting done. It’s a ton of work and it does take time away from your craft, but that way you’re the one in control managing what you do and you never have to compromise what you’re passionate about.

Once you’ve proven yourself on your own and established a solid identity you’ll be able to find people to work with who want to support and advance what you’re already doing. I actually only signed with management in April after almost 5 years of managing everything myself, so I know from experience that you can build a legitimate career for yourself on your own terms without having to rely on someone else or change your vision.

Q: Why should people come to your show?

I’m hoping that people will walk away from my show feeling inspired and uplifted. I’ll be performing a mixture of my favorite covers and original songs, and it’s all music that I’m truly passionate about so I hope that people will really be able to feel that connection that I have to the music with me while I’m performing. I’m pretty nerdy and also don’t take myself too seriously, so it should be a fun evening if you like that kind of entertainment.

Q: What are some of your favorite video games and movies?

Some of my favorite games include Final Fantasy VII, Kingdom Hearts, Chrono Trigger, League of Legends, The Last of Us, and The Witcher 3. I like a wide variety of movies, but my favorite movies for both the story and music would include Indiana Jones and the Last Crusade, Pirates of the Caribbean: The Curse of the Black Pearl, the entire Lord of the Rings series, and the original Star Wars movies.

Q: Have you ever visited Austin before?

Yes, I performed at an anime convention in Austin a few years ago, but it wasn’t the same experience as performing my own live show so I’m really looking forward to this visit! I remember having some amazingly delicious meals in Austin while I was visiting so I can’t wait to repeat that part of the experience as well.

Tickets to Davis’ performance start at $35 and can be purchased online, at The Long Center’s box office on Riverside, or via telephone (512-457-5100).