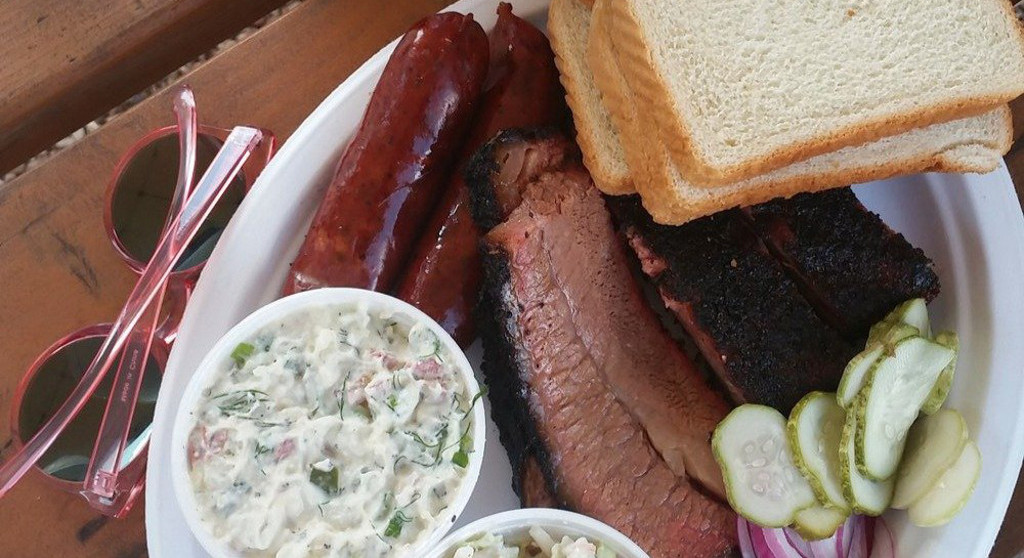 Texans of the meat-eating variety pride themselves on our state’s BBQ prowess. That’s why we’re so pleased to report that a renowned BBQ expert’s recently published book, “The 100 Best Barbecue Restaurants in America,” awards two of its top spots to Austin BBQ joints, including the coveted #1 ranking — and it didn’t go to Franklin.

Food critic and author Johnny Fugitt compiled this list by spending a whole year traveling across the continental United States, stopping at another BBQ restaurant every day for 365 continuous days. As you might expect, he’s got a pretty good idea of what makes some solid ‘que.

Don’t worry: Franklin is still in the top 10. No surprises there.

It’s probably also not much of a surprise to anyone who lives here that central Texas restaurants dominated Fugitt’s list of the top 25 BBQ spots, landing five placements. However, if you count the number of BBQ joints that claim to be inspired by how we Texans like to cook, that number goes up to nine. The runner-up state was Tennessee, with four placements among the top 25.

So, what took #1? None other than Kerlin BBQ, an Austin food trailer run by a husband-and-wife team. What makes them special? Unlike their compeition, they’ve eschewed the traditional brisket-cooking method of “low and slow,” choosing to smoke their meat for a shorter time on higher heat. That achieves a thicker, blacker bark around the meat, which retains more of its juicy, tender quality. Kerlin was also recently cited among the best BBQ joints in America by Thrillist, which noted that the owners began as backyard BBQ enthusiasts before launching their business in 2013.

Austin’s beloved Franklin Barbecue came in at #7 on the top 25 list, despite the well-known fact that Aaron Franklin is recognized by the James Beard Awards as one of the best chefs in America. That’s alright — he’s still got lines around the block every day.

Other notable Texas BBQ joints on the list include Black’s in Lockheart (they also have an Austin location), which came in at #11, and Cooper’s Old Time Pit Bar-B-Que in Llano, which placed #16. Both are easily within an hour’s drive from Austin, and both are worth it. Former President George W. Bush has even gone so far as to call Cooper’s his favorite BBQ restaurant in the whole country, although there’s plenty of folks in Austin who would tend to disagree with his opinion on, well, pretty much anything and everything… So take that for whatever it’s worth.